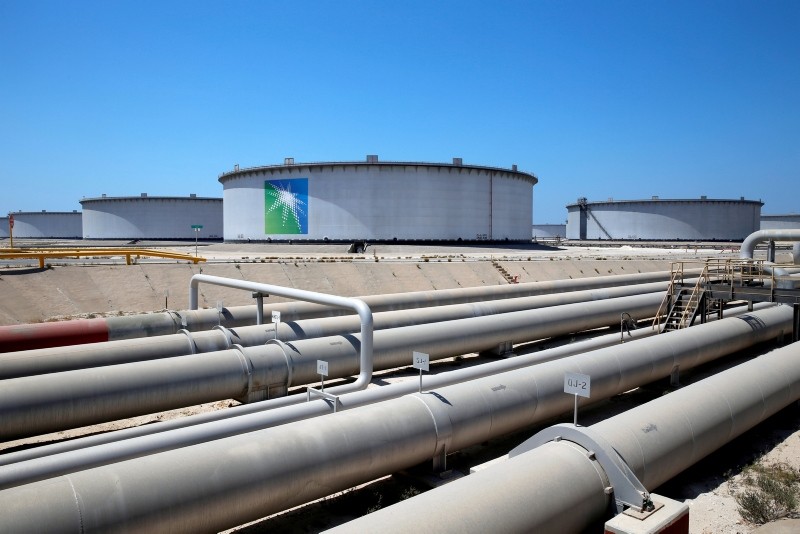 The king spoke, and a $2 trillion dream went up in smoke.

For the past two years, Saudi Arabia has prepared to place up to 5 percent of its national oil company on the stock market. Officials talked up the Saudi Aramco initial public offering (IPO) with international exchanges, global banks and U.S. President Donald Trump.

The planned listing was to be the cornerstone of the kingdom's promised economic overhaul and, at a targeted $100 billion, the biggest IPO ever. It was the brainchild of 32-year-old Crown Prince Mohammed bin Salman, heir apparent of the world's largest oil exporter.

But after months of setbacks, the international and domestic legs of the IPO were pulled.

The reason: the prince's father King Salman stepped in to shelve it, three sources with ties to government insiders told Reuters.

The decision came after the king met with family members, bankers, and senior oil executives, including a former Aramco CEO, said one of the sources, who requested anonymity. Those consultations took place during Ramadan, which ended in the middle of June.

The king's interlocutors told him that the IPO, far from helping the kingdom, would undermine it. Their main concern was that an IPO would bring full public disclosure of Aramco's financial details, the sources said.

In late June, the king sent a message to his diwan, or administrative office, demanding that the IPO be called off, the three sources said. The king's decision is final, a second source said.

"Whenever he says 'no', there is no budging," the source said.

After Reuters reported last week that the deal had been shelved, Energy Minister Khalid al-Falih said the government was committed to conducting the IPO at an unspecified date in the future.

A senior Saudi official referred Reuters to that statement and repeated that the government, Aramco's shareholder, was working towards an IPO when conditions were right.

"We are surprised that despite this statement, that the Government continues actively to plan for the IPO, Reuters persists in asking questions alleging that plans are halted."

"Aramco's shareholder is the Government of Saudi Arabia. His majesty, King Salman, has delegated management of the IPO to His Royal Highness the Crown Prince, and a Committee which includes the Ministers for Energy, Finance and Economy. Therefore, decisions around the nature and timing of the IPO, will be decided by the Committee for the Government's approval," the official said.

In a country ruled for decades by the Al Saud dynasty, it is not surprising that the king ultimately decides. But the shelving of the Aramco IPO is a major blow to the prince's Vision 2030 reform programme, which aims to fundamentally transform Saudi Arabia's oil-dependent, state-driven economy.

It suggests the king is keeping the new unilateral power of the young prince - accrued soon after his father's accession to the throne in January 2015 - in check.

It also raises doubts about Riyadh's management of the IPO process and commitment to making the economy more transparent, some investors say.

While King Salman has the final say on policy, he has given great authority to his son, who is known as MbS.

After assuming powers as defence minister and chief of the royal court in January 2015, MbS launched a war in Yemen, adopted a more assertive stance towards arch-rival Iran, and implemented a diplomatic and trade boycott of Qatar.

Taking the reins of a powerful new economic council, he set out to tighten state spending, grow the private sector and win foreign investment.

The king also allowed him to push through high-profile social reforms including ending a ban on women driving and opening cinemas in the deeply conservative Muslim country.

MbS entered the line of succession in April 2015, replacing an uncle as deputy crown prince. Two years later, he was elevated to crown prince in a palace coup that removed his cousin Prince Mohammed bin Nayef, the interior minister.

The king has intervened at times.

Most notably, when MbS gave the impression last year that Riyadh endorsed the Trump administration's still nebulous Middle East peace plan, including U.S. recognition of Jerusalem as Israel's capital, the king made a public correction.

At the Arab League summit in April, he reaffirmed Riyadh's commitment to the Arab and Muslim identity of Jerusalem following an uproar in the Islamic world.

"The king is obsessed with the idea of how history will judge him. Will he be the king who sold Aramco, who sold Palestine?" the second source said.

GRINDING TO A HALT

It is not clear exactly which of the IPO arguments prompted King Salman to make the decisive call on Aramco.

But industry experts and sources previously told Reuters that preparations had been slowing for months for at least two reasons: scepticism about MbS's public declaration in 2016 that the sale would give the whole company a value of $2 trillion valuation, and concern about the legal risks and tough disclosure requirements associated with a foreign listing.

By April, Aramco stopped paying some of the banks working on the deal their retainer fee, three banking sources told Reuters. This is usually a fixed fee to ensure advisors do not lose out completely if the deal falters. An Aramco official declined to comment.

Then, while the king was deliberating, in mid-June, the banks, including JP Morgan and Morgan Stanley, were invited to pitch for something different.

They were instead asked to present proposals for Aramco's acquisition of a stake in petrochemicals giant SABIC from the sovereign wealth fund PIF, a banking source said.

That was an initial sign that plans for the listing were stalling and that Riyadh was looking to raise funds elsewhere, the banking sources said.

The senior Saudi official said that Aramco's interest in acquiring a stake in SABIC was in line with its objective of being the world's leading energy and integrated chemicals business, and did not alter the government's intent to list Aramco.

"Transferring SABIC's ownership from the PIF to Saudi Aramco will enable PIF to boost strategies and governance and enhance PIF's investment portfolio," the official said.

"Such a strategic acquisition would necessarily have an impact on the timeline, but not the intent, of an IPO (of Aramco)."

Spokeswomen for JPMorgan and Morgan Stanley declined to comment on whether their banks have any role in the SABIC deal.

Saudi Arabia can still generate cash from alternative sources and move ahead with other reforms. But MbS had promised the listing would help create a culture of openness in the secretive kingdom.

As well as raising concerns about that commitment to transparency, the shelved IPO contributes to a sense of unpredictability after scores of top royals, ministers and businessmen were rounded up in an anti-corruption campaign last November.

The sources said that even though the king's decision was a blow to the prince's agenda, he is still the favourite son and heir with a major influence on policy.

Rather, they say, it suggests the king wants to show that he will be the deciding voice for the foreseeable future.

"I'm not sure that I would see it as an undermining of the rule of the crown prince. It's much more likely ensuring that he doesn't go off the deep end," said James Dorsey, a senior fellow at Singapore's S. Rajaratnam School of International Studies (RSIS).