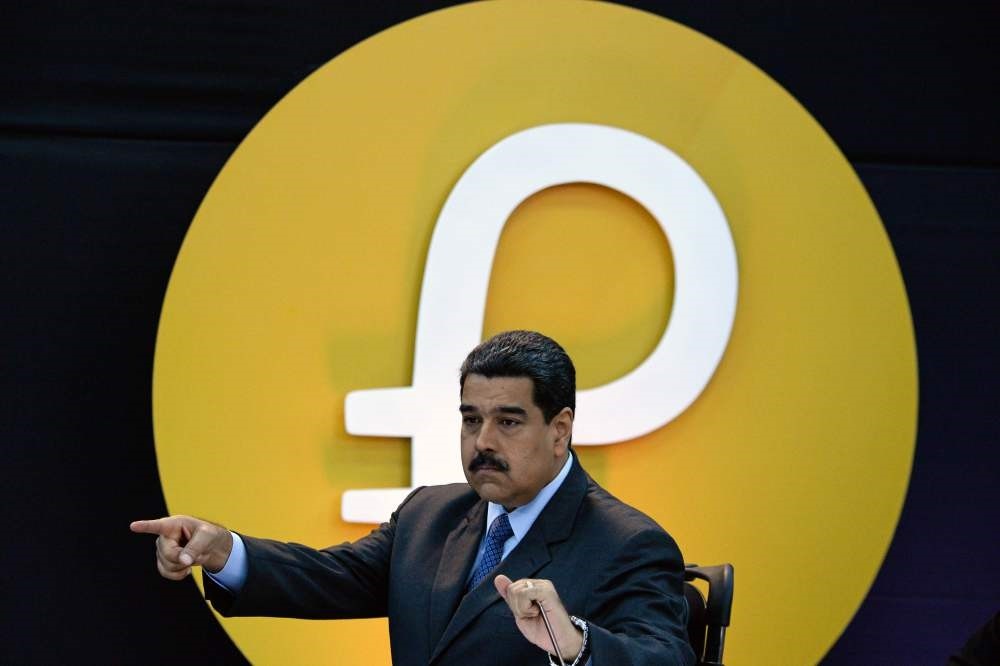 Venezuela's President Nicolas Maduro gestures during a press conference to launch a new oil-backed cryptocurrency called u2018Petro', at the Miraflores Presidential Palace in Caracas.
by Aug 29, 2018 12:00 am

Venezuelan President Nicolas Maduro ordered banks to adopt the petro cryptocurrency as a unit of account Monday, as the country struggles to emerge from a severe political and economic crisis. Public and private banks must now reflect all financial information in bolivars and petros, according to a resolution of the Sudeban banking regulator.

The move is part of Maduro's attempts to steer out of five years of recession and. The economic plan also includes a 3,400 percent increase in the minimum wage and a hike in gasoline taxes, which for years have been the world's cheapest. The socialist president, elected for another six-year term in May elections rejected by much of the international community as fraudulent, has fixed the currency to the country's widely-discredited cryptocurrency, the petro, which is in turn linked to the price of a barrel of Venezuelan oil (about $60). The value-added tax, or VAT, is also climbing from 12 percent to 16 percent.

Maduro separately launched an offer of bonds backed by small gold bullion, he said would promote savings among Venezuelans, who see the local currency evaporating with hyperinflation.

"No one can say that gold loses its value," Maduro said on state TV, while showing two cards with the central bank emblem's and some golden rectangles that he called "lingoticos" (little ingots).