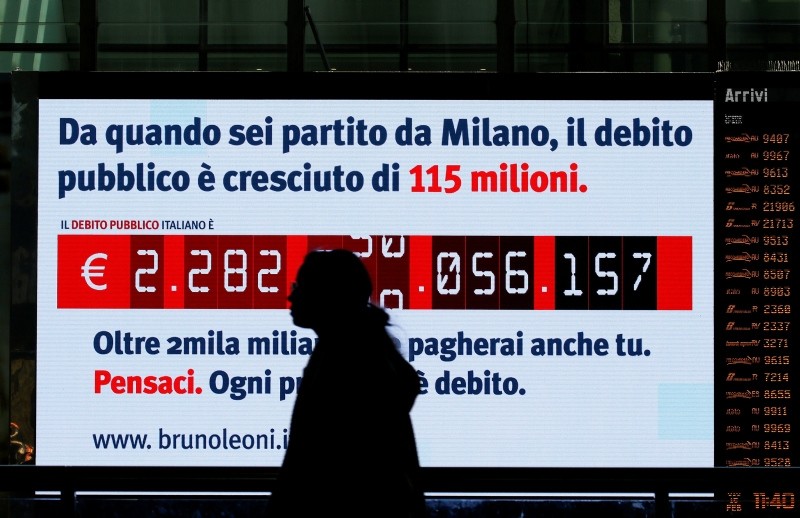 The Fitch ratings agency on Friday revised its outlook for Italian long-term debt from stable to negative, citing the risks of a "new and untested" coalition government.

The partners campaigned as strongly anti-immigrant and as outspoken critics of the European Union.

Fitch said Italian risk had grown since its last review in March, given "the sizable policy differences between its coalition partners, and inconsistencies" between some electoral promises and the "stated objective to reduce public debt."

The Lega Nord is most influential in Italy's north, while the Five Star Movement is strongest in the poorer south, and their economic approaches differ on issues including taxation.

"It is unclear how these policy tensions will be resolved," Fitch said.

Italy's economy was hard hit by the 2008 global financial crisis and the Eurozone debt meltdown. It has resumed growth but faces an array of deep structural problems.