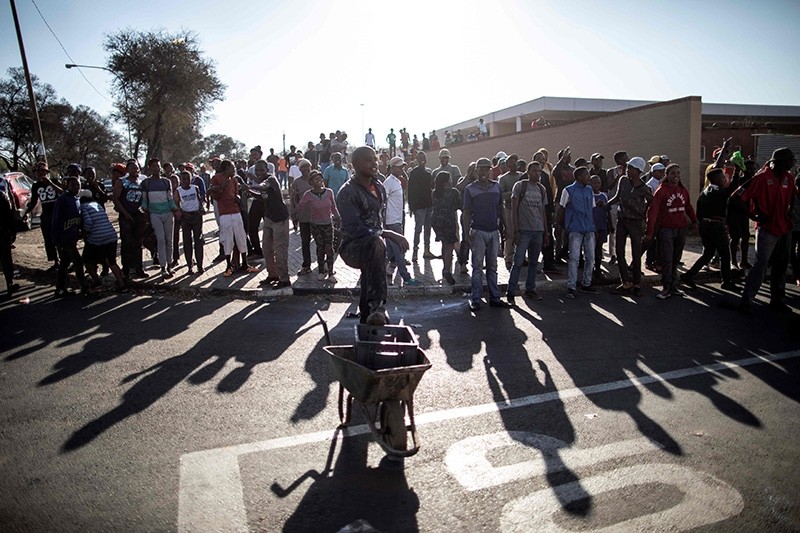 Bystanders look on as a South African police officer stands near a looted foreign-owned shop in Soweto, Johannesburg, on Aug. 29, 2018. (AFP Photo)
by Compiled from Wire Services Sep 04, 2018 12:00 am

The South African economy has fallen into recession, compounding concerns about its weakening currency, plans for land reform and fallout from state corruption under former president Jacob Zuma.

The Statistics South Africa group said Tuesday that the economy shrank by 0.7 percent in the second quarter of 2018 after a contraction of 2.6 percent in the first quarter.

A recession is widely defined as two or more consecutive quarters of contraction.

The South African rand lost 2.3 percent on Tuesday, nearing a two-year low. The currency has now wiped out all the gains it made after Cyril Ramaphosa replaced Jacob Zuma as the country's president in February.

The rand lost value because of spillover from emerging market jitters in Turkey and Argentina. Meanwhile, a plan to redistribute land to address racial inequalities worries investors.

And Ramaphosa is trying to root out costly corruption and mismanagement that flourished under Zuma.