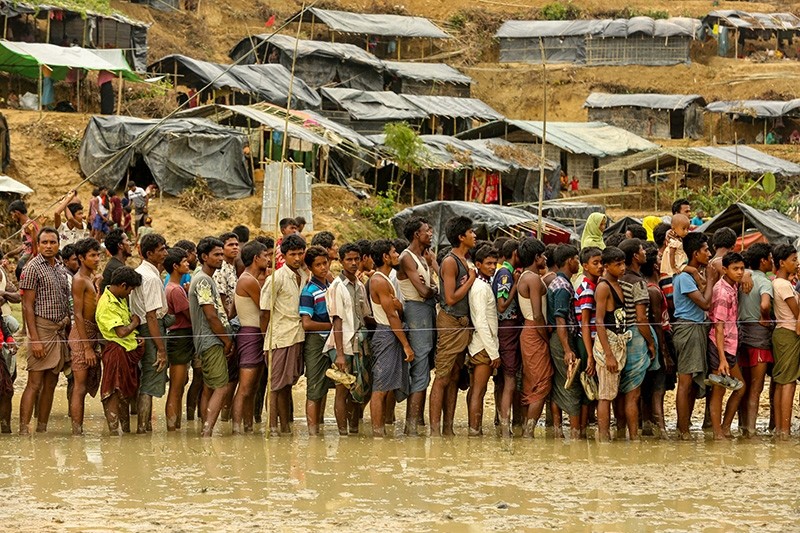 A Myanmar foreign investment official said on Wednesday he "totally underestimated" the economic damage of the Rohingya crisis, adding that the outcry over the jailing of two Reuters reporters would also have some impact on his country's reputation.

Asked at an investor forum in Singapore what impact the crisis had on Myanmar's economy and investment, the director general of the Directorate of Investment and Company Administration (DICA), which promotes private sector development and investment, said previously the government had been able to control outbreaks of communal tension.

But the crisis in Rakhine State was different.

"I totally underestimated," the official, Aung Naing Oo, told the forum, referring to the impact of an eruption of violence in 2016, which snowballed in 2017.

"But after two years ... now you can see that FDI in Myanmar is heading down, it is declining," he said, referring to foreign direct investment, though adding that he was confident the government could stabilize the situation.

Approved foreign investment into Myanmar has fallen in 2016 and 2017, according to data issued by the DICA, which operates under the Ministry of National Planning and Economic Development, and last year was the lowest since 2013.

Myanmar's government spokesman, Zaw Htay, contacted by telephone, responded with a message to say he was not immediately able to take any questions.

More than 700,000 Rohingya Muslims have fled from Myanmar's Rakhine State into Bangladesh since a military crackdown that began a year ago after Rohingya insurgents attacked security posts.

A U.N. mandated fact-finding mission said last week that Myanmar's military carried out mass killings and gang rapes of Rohingya with "genocidal intent" and called for top generals to be prosecuted. Myanmar rejected the findings.

The government of Nobel laureate Aung San Suu Kyi has been criticized for failing to speak out against the military crackdown in Rakhine, and investors have voiced concern that sanctions that long hobbled the economy for years under military rule could be reinstated over it.

In addition, the conviction this week of two Reuters journalists, Wa Lone, 32, and Kyaw Soe Oo, 28. They were jailed for seven years on Monday after being found guilty of breaching a law on state secrets.

They denied wrongdoing and their conviction drew international condemnation.

The reporters were investigating a massacre of Rohingya villagers by security forces at the time of their arrest in December. The military later confirmed that a massacre had taken place and punished several soldiers.