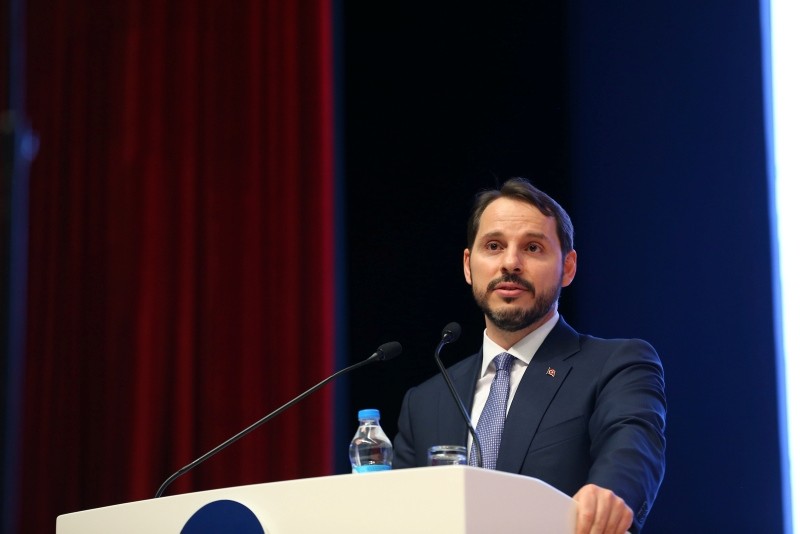 Turkish economy demonstrated its strong fundamentals by showing resistance against a systematic attack by the US, Finance and Treasury Minister Berat Albayrak said in an opinion piece published by Foreign Policy on Friday.

Saying that an economic attack by a NATO ally prompted Turkey to seek new trade partnerships, Albayrak said the attack also triggered a series of economic reforms to better protect against disruption by foreign influences.

"For more than six decades, Turkey has been at the forefront of dealing with significant threats against Western countries," Albayrak said and added that Turkey has become home to millions of refugees fleeing atrocities committed in Syria or other countries ravaged by terrorist groups.

Albayrak said US' economic bullying by imposing sanctions and tariffs on its ally served as a "wakeup call" to many countries around the world. By imposing or threatening to impose tariffs to its trade partners such as Russia, China or Europe, several countries began to seek ways to reduce Washington's influence over their economies, he said.

"International trade, cooperation, and stability should be secured by a stronger alliance among nations around the world," Albayrak said.

Albayrak said the recent devaluation of the Turkish lira could not be explained with no economic indicator or macroeconomic data as Turkey's financial structure and banking systems did not undergo any major changes.

Turkey has taken measures to address several weak points in its economy to prevent any future vulnerabilities and to preserve its investor friendly environment, Albayrak further added.

Saying that the world is currently facing "incredibly complex challenges," the minister added that Washington's threats to the international economy and international trade are "a significant subset of those challenges, and the world must collectively deal with them."

"Unilateral sanctions, incitement of trade wars, and haphazard use of economic weapons could potentially trigger another global economic crisis."

"The Turkish government will now take steps to achieve more cooperation and coordination with other countries around the world while fixing the vulnerabilities of our own economy," Albayrak concluded.

"We will work to eliminate all types of economic risk without hesitation."