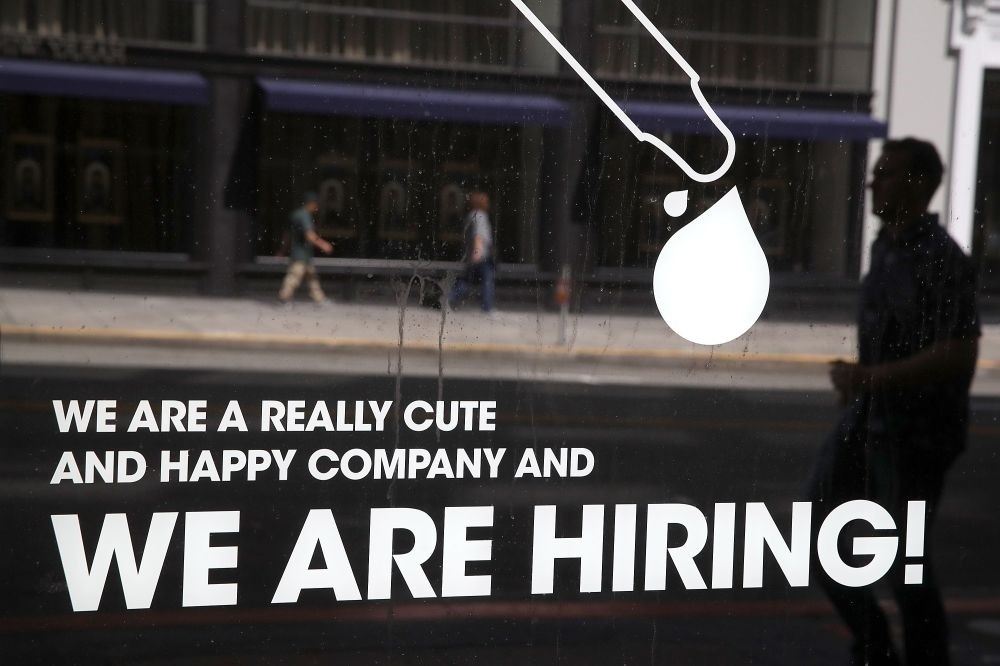 Hiring in the United States picked up in August as employers added a strong 201,000 jobs, a sign of confidence that consumers and businesses will keep spending despite the Trump administration's ongoing conflicts with its trading partners.

The unemployment rate remained at 3.9 percent, near an 18-year low.

Friday's August jobs report from the government also showed that paychecks are growing faster. Average hourly wages are now 2.9 percent above where they were a year earlier, the fastest year-over-year gain in eight years. Still, after adjusting for inflation, pay has been flat for the past year.

Taken as a whole, the data point to a job market that remains resilient even after nearly a decade of economic expansion and even with the threat of tariffs and counter-tariffs on imports and exports looming over many U.S. employers that rely on global trade.

Even while reporting a robust job gain for August on Friday, the Labor Department revised sharply down its estimate of hiring in June and July. The government now says employers added a 50,000 fewer jobs in those two months combined than it had previously estimated.

But the solid 201,000 job gain for August was nearly equal to the average gain of 196,000 over the prior 12 months, evidence of how steady job growth remains.

The Trump administration has imposed tariffs on imported steel and aluminum as well as on $50 billion of goods from China. U.S. companies across a range of industries have expressed alarm about those import taxes and about counter-tariffs that other nations have imposed on U.S. exports. The White House has also threatened to hit China with higher taxes on $200 billion more of Chinese goods.

Yet so far, those concerns don't appear to have depressed overall hiring. Businesses are increasingly reluctant to even lay off workers, in part because it would be difficult to replace them at a time when qualified job applicants have become harder to find. On Thursday, the government said the number of people seeking unemployment benefits — a proxy for layoffs — amounted to just 203,000 last week, the fewest total in 49 years.

Friday's jobs report showed that professional and business services, a category that includes both higher-paying fields such as engineering and accounting and lower-paying temp jobs, led August's job growth with 53,000 added positions. Health care providers added 33,000 and transportation and warehousing companies 20,200, the most in nearly a year.

Most analysts have forecast that the economy will expand at an annual pace of at least 3 percent in the current July-September quarter. For the full year, the economy is on track to grow 3 percent for the first time since 2005.