US reached out to China for new trade talks, sources say 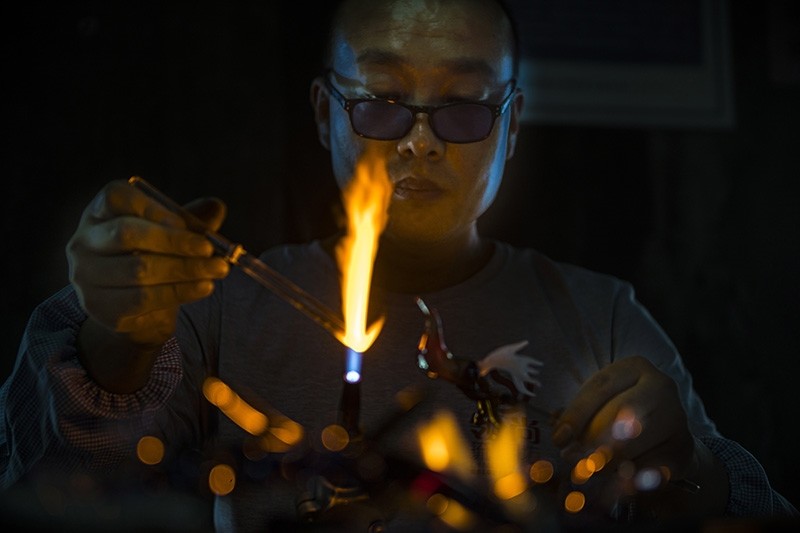 A technician works on shaping decorative glass pieces and jewelry in the traditional workshop in Zibo, Shandong Province, China, Sept. 9, 2018. (EPA Photo)
by Compiled from Wire Services Sep 12, 2018 12:00 am

The Trump administration has reached out to China for a new round of trade talks as it prepares to activate punitive U.S. tariffs on $200 billion worth of Chinese goods, two people familiar with the matter said Wednesday.

White House economic adviser Larry Kudlow would not confirm the meeting invitation, but said that communication with Beijing had "picked up a notch."

"The Treasury Department is in communication with China. I can't go beyond that," Kudlow told reporters outside the White House.

He added that he views such communication as "a positive thing."

"I think most of us think it's better to talk than not to talk, and I think the Chinese government is willing to talk," Kudlow said, declining to provide any further details.

Asked if the Trump administration would like to have additional trade talks with China, Kudlow said: "If they come to the table in a serious way to generate some positive results, yes of course. That's what we've been asking for months and months."

But he cautioned: "I guarantee nothing."

Such a meeting could take place in Washington or Beijing, though the timing is unclear, according to informed sources.

Mid-level U.S. and Chinese officials met on Aug. 22 and 23 with no agreements.

The invitation was first reported by the Wall Street Journal. A meeting among cabinet-level officials could ease market worries over the escalating tariff war that threatens to engulf all trade between the world's two largest economies and raise costs for companies and consumers.

So far, the United States and China have hit $50 billion worth of each others' goods with tariffs in a dispute over U.S. demands that China make sweeping economic policy changes, including ending joint venture and technology transfer policies, rolling back industrial subsidy programs and better protecting American intellectual property.

U.S. business groups are escalating their fight against Trump's tariffs, with over 60 industry groups launching a coalition to put political pressure on the Trump administration to seek alternatives to tariffs.