Turkey believes ties with UK will get even closer after Brexit 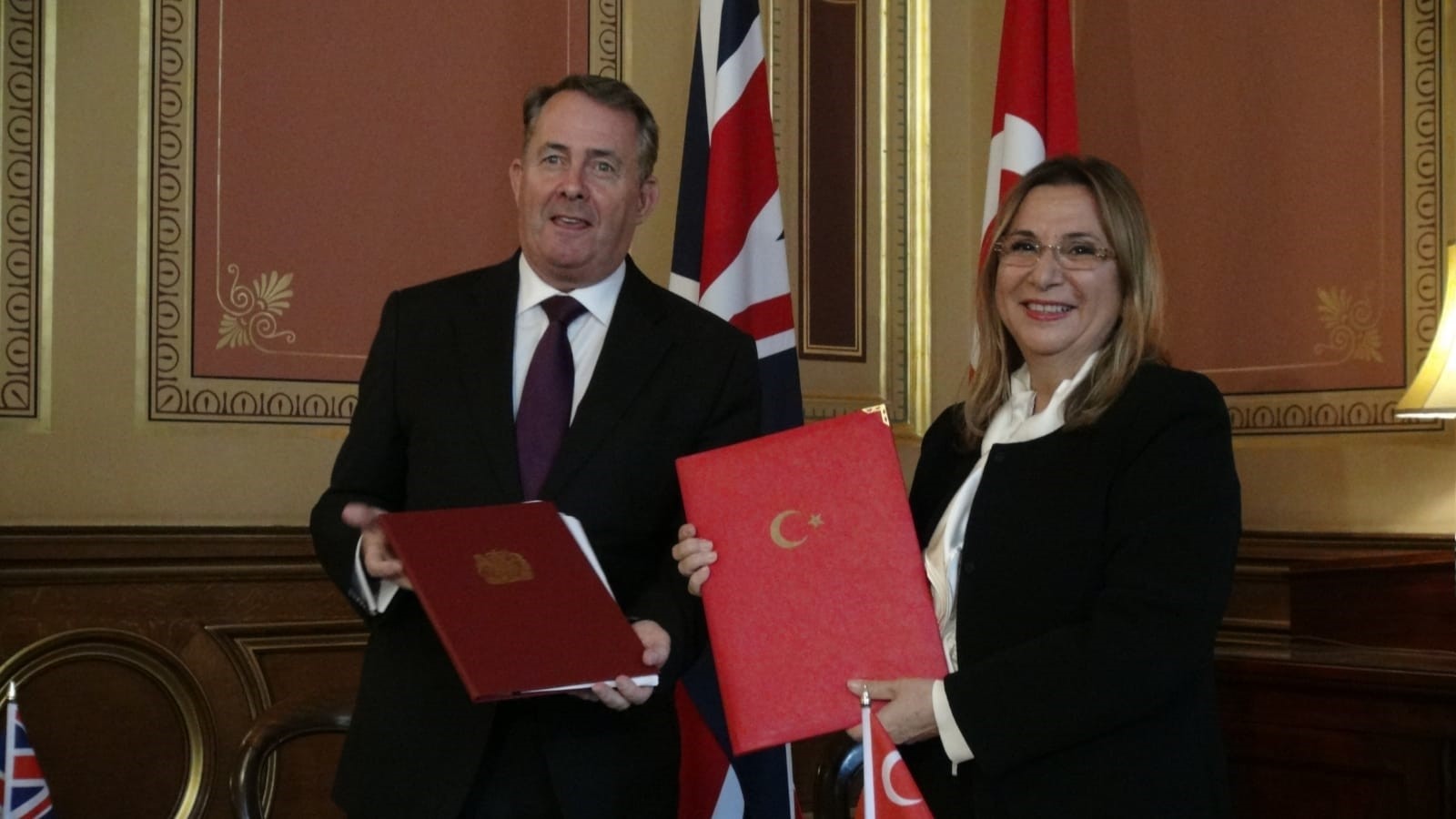 Trade Minister Pekcan said Turkey was closely following the Brexit process, emphasizing that bilateral ties between Turkey and the U.K. will further increase after Brexit

Turkey and the U.K. have witnessed an increase in ministerial level visits over the last few weeks. Following Treasury and Finance Minister Berat Albayrak, who paid an official visit to the U.K. last week, Trade Minister Ruhsar Pekcan was in London Wednesday for an official visit to boost commercial ties between the two countries. Speaking at the Turkey-U.K. Business Forum, Trade Minister Pekcan said, "We expect the cooperation between Turkey and U.K. to increase more than ever after the Brexit period." On the second day of her visit to the U.K., Trade Minister Pekcan attended the 6th Turkey-Britain Joint Economic and Trade Commission (JETCO) meeting and Turkey-U.K. Business Forum held in London.

A wide variety of topics such as trade and investment relations between the two countries, market entry opportunities, contracting and technical consulting services, as well as financial services were discussed at the closed-door meeting. At the end of the meeting, the 6th term U.K.-Turkey JETCO memorandum of understanding (MoU) was signed by Minister Pekcan and the U.K. Secretary of State for International Trade Liam Fox.

Pekcan attend the first JETCO meeting since the country voted on Brexit. The British public opted to leave the EU in a 2016 referendum, ending the country's 44-year-long membership in the bloc. Talks with the EU on the conditions for leaving the bloc began on June 2017.

"We are here to build more bridges. Turkey, which is developing and continuing to grow in the last decade, has the most dynamic economy and population of Europe. In this respect, the business world and public are preparing all plans in accordance with this new global economy and industry 4.0," Minister Pekcan said after the signing ceremony, adding that the relations between the U.K. and Turkey are evaluated in this direction.

"Cooperation bridges between the U.K., one of the global centers of the economy on one side of the continent, and Turkey, which aims to turn to a high-income country from a middle-income country with an average age of 31, on the other side, will continue to strengthen in the coming period," Minister Pekcan said, highlighting that the talks between the two countries are underway.

Recalling that the third meeting of the free trade agreement was carried out by the delegations of the two sides, Pekcan said the aim is to make this agreement more comprehensive after Brexit. "Our preparations to update our agreements with the EU are complete, and we expect the EU to be ready as well," she added. Minister Pekcan said they intend to hold sector-focused meetings with JETCO in the upcoming period. "As you know, we have a trade volume of $16 billion between the two countries. In the first eight months, this trade volume increased by 25 percent," Pekcan noted, adding that concrete progress has been made in light of these talks.

Referring to the European Union and the Customs Union relations, Minister Pekcan said they continue to digitize systems to facilitate trade and customs, underlining that they will maintain their efforts to update the EU and the Customs Union as soon as possible. "Since the first day I took office in the ministry, I have been meeting with the nongovernmental organizations (NGOs). I know their power. We also expect NGOs to actively participate in these updating efforts by using their power in EU countries," Pekcan concluded.

On her first stop in London, Pekcan met with women entrepreneurs on Tuesday, she said over her social media account.

Earlier this month Minister Albayrak met with directors and representatives of 11 financial institutions, after his meeting with Britain's Chancellor of the Exchequer Philip Hammond and State Minister Alan Duncan.

He met with representatives of financial institutions that manage assets worth $15 trillion in London. Albayrak narrated Turkey's 15-year success story and future policies that will be implemented within the frame of a stronger strategy. Elaborating on his meeting with the two ministers, Albayrak said on his social media account that in addition to discussing "our bilateral cooperation, we discussed the steps that could be taken to increase our trade volume after Brexit."