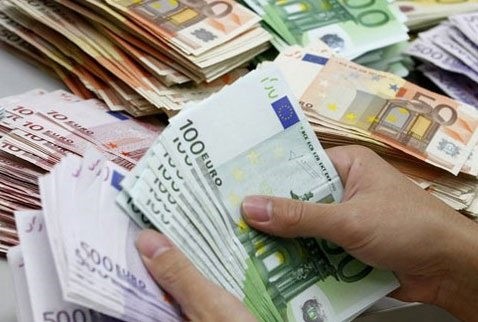 The Turkish Treasury will launch new euro-denominated securities starting this week, according to the Ministry of Treasury and Finance on Tuesday.

"In order to diversify the borrowing instruments and to broaden the investor base, the ministry will issue the euro-denominated government bonds and lease certificates to resident and non-resident individual investors [natural persons] starting from Sept. 12," the ministry said in a statement.

The ministry stated that the decision was taken upon the request of Turkish citizens living abroad.

"The demand for the securities will be collected in different rounds by Ziraat Bank and Ziraat Bank Internet Banking [online channel]," it said.

The Treasury noted that the issuance and redemptions of the securities will be carried out through Ziraat Bank branches - Turkey's largest state-run lender.

"The securities will be transferred to the investors' bank accounts on Wednesday following the demand collection period of the related round," it said.

According to the official statement, the new securities will be issued with a one-year (364 day) maturity.

"The demand for the securities will be collected in different rounds across Turkey through the designated branches of Ziraat Bank and Ziraat Participation Bank," it had noted.

"The investors will be paid Turkish lira denominated 1.20 percent semi-annual (2.40 percent per annum) returns indexed to gold price," it said.

The ministry noted that the new securities will be issued with a two-year maturity.