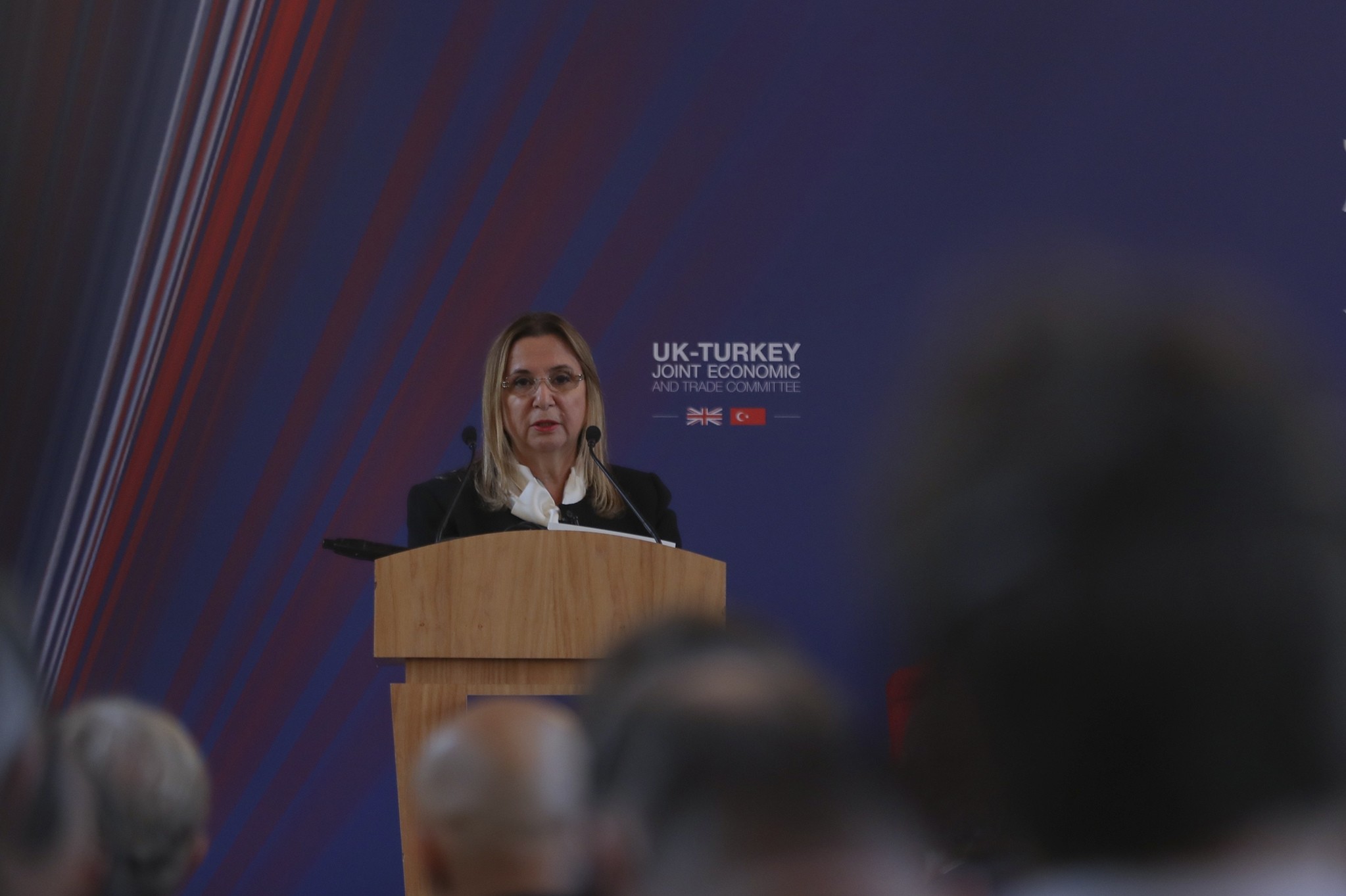 Turkish exporters want to grasp a larger share of the U.K. market in the aftermath of Brexit, Trade Minister Ruhsar Pekcan (above) said in an evaluation of her recent visits to the U.K. and Argentina. During her London trip, Pekcan attended the U.K.-Turkey Joint Economic and Trade Committee (JETCO) meeting and the Turkey-U.K. Business Forum and signed the sixth term JETCO memorandum of understanding (MoU) with U.K. Secretary of State for International Trade Liam Fox. "We firmly confirmed mutual agreement on engaging in a comprehensive free trade agreement with Britain following Brexit. Under JETCO, the Turkish-British Working Group will accelerate its efforts," Pekcan said.

Trade Minister Pekcan strongly emphasized that trade and economic relations between Turkey and the U.K. will not be adversely affected by the Brexit period; on the contrary, it is an opportunity for exporters to get a wider share of the U.K. market.

Within this framework, both parties will accelerate the efforts of the Turkish-British Working Group and hold a meeting in Ankara on Sept. 27-28.

In June 2016, the British public voted to leave the European Union, ending the country's 44-year membership in the bloc. Talks with the EU on the conditions for leaving the bloc began in June 2017.

Recalling that there is a 20-billion-euro trade target between Turkey and the U.K., Pekcan said they would like to move economic and commercial relations to a higher level.

"Considering that there are many new business opportunities between small and medium-sized enterprises and entrepreneurs of the two countries, we will work to establish a concrete cooperation mechanism in this field," Pekcan said. "We aim to carry out target-oriented projects and activities that focus on specific sectors, countries and markets to be established to realize joint works and projects between Turkish and British investors and contractors in third markets. In addition, special technology zones will be visited in the U.K. and reviewed in this regard."

As of December 2017, 3,076 British companies, including British Petroleum (BP), Vodafone, Tesco and HSBC, operate in Turkey.

Over the past two years, the U.K. has focused on improving relations with Turkey, and last year it doubled its export finance program to Turkey to 3.5 billion pounds ($4.58 billion).

Citing the G20 Trade and Investment Ministers Meeting in Mar del Plata, Argentina, Pekcan said that benefits of trade and investment were addressed in this framework to combat the negative effects of the inclusive trade system, technological innovation and globalization that contribute to fair and sustainable development.

Pekcan stressed that these issues and negotiations, which were assessed in detail during the meetings, are important to leave behind these days. She added that this is especially so when trade-restricting and import-substitution measures have increased.

Pekcan also said that winning in global trade necessitates playing by the rules.

Increasing protectionism, the problems of the international trade system based on rules centering on the World Trade Organization (WTO) and the reform of the organization were evaluated during the G20 Dialogue on Current International Trade Developments, Minister Pekcan added, emphasizing the necessity to take action against some deficiencies in the WTO system.

"We need to continue the dialogue process to find solutions to problems, to update and strengthen the WTO system," Pekcan said. "Policies built without a rule-based international trading system based on an open and free trade-investment environment cannot create a miracle. The beauty of the rules is that they apply equally to everyone, big and small, strong and weak. This logic is the most important unifying force against the unilateral approach that exerts power and bends the rules by compelling others to obey them."