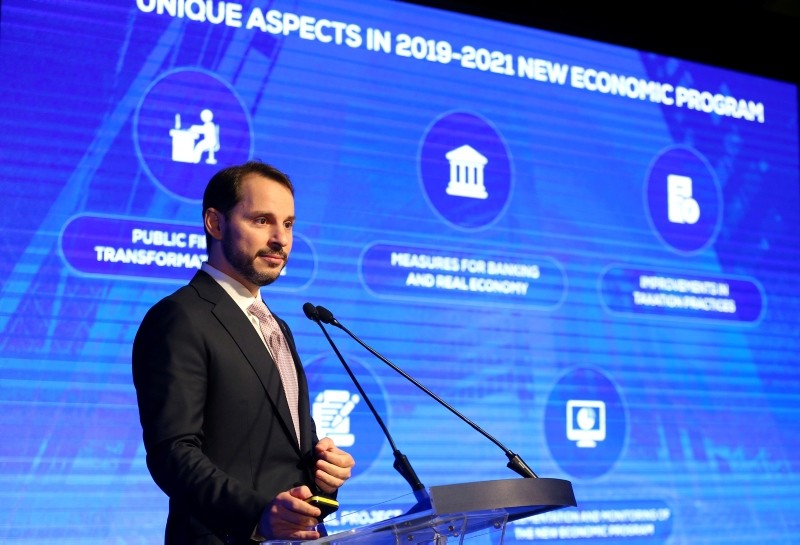 Turkish business people have welcomed the country's new economic program for the period of 2019-2021 announced on Thursday.

Nail Olpak, head of Turkey's Foreign Economic Relations Board (DEIK), said in a statement that the gradual economic growth targets mentioned in the new Medium-Term Program (MTP) are consistent with inflation targets through 2021.

"Setting practical goals and resting on systematic data is the most crucial aspect of the new MTP," Olpak said.

"We will face difficulties in the short term, but economic growth will continue steadily in the medium-long-run," he said. "Now, it is time to take action, for all of us."

In another statement, Turkish Exporters' Assembly (TIM) Chairman Ismail Gülle said that the new MTP is prepared in an extremely practical manner.

"Our year-end target is climbing over $170 billion in exports," Gulle said. "We also promise to achieve next year's export target of $182 billion."

"This year, net exports will contribute substantially to the economic growth, and it will continue next year," he said.

"At every opportunity, we mention that making value-added export is the most healthy way to achieve qualitative economic growth and to lower current account deficit.

"Every steps to improve Turkey's macroeconomic conditions will be based on export, and both numbers of our exporters and quality of our exports will increase," he added.

"We wish that the new MTP's implementation will be closely followed up and concrete results will be achieved rapidly," Turkish Industry and Business Association (TÜSIAD) head Erol Bilecik said in a statement.

Bilecik stressed that a stabile financial system is the the priority of the three-year period, as mentioned in the MTP.

"The continuity of a strong financial system is essential to maintain the real sector's contribution to production, employment, and growth," he said.

Bilecik noted that continuity of the current tight monetary policy and struggle with inflation, plus standing in the boundaries of the free market system also bear tremendous importance to reach the goals listed in the MTP.

"We will continue to put out all efforts for the success of the new MTP," he added.

Abdurrahman Kaan, head of the Independent Industrialists' and Businessmen's Association (MÜSIAD), said in a statement called the new MPT "reasonable, measurable, and prudential."

Pointing to the quarterly-audit of the MTP, Kaan said: "It will support both the program's efficiency and the possible updates of macro plans by monitoring the micro changes."

"Such updates are essential to show rapid reactions against changes," he said, adding that close monitoring is also vital for the execution of the discipline stage of the program.

Kaan also said he has full faith in the private sector, and that it will do its best in production and employment.