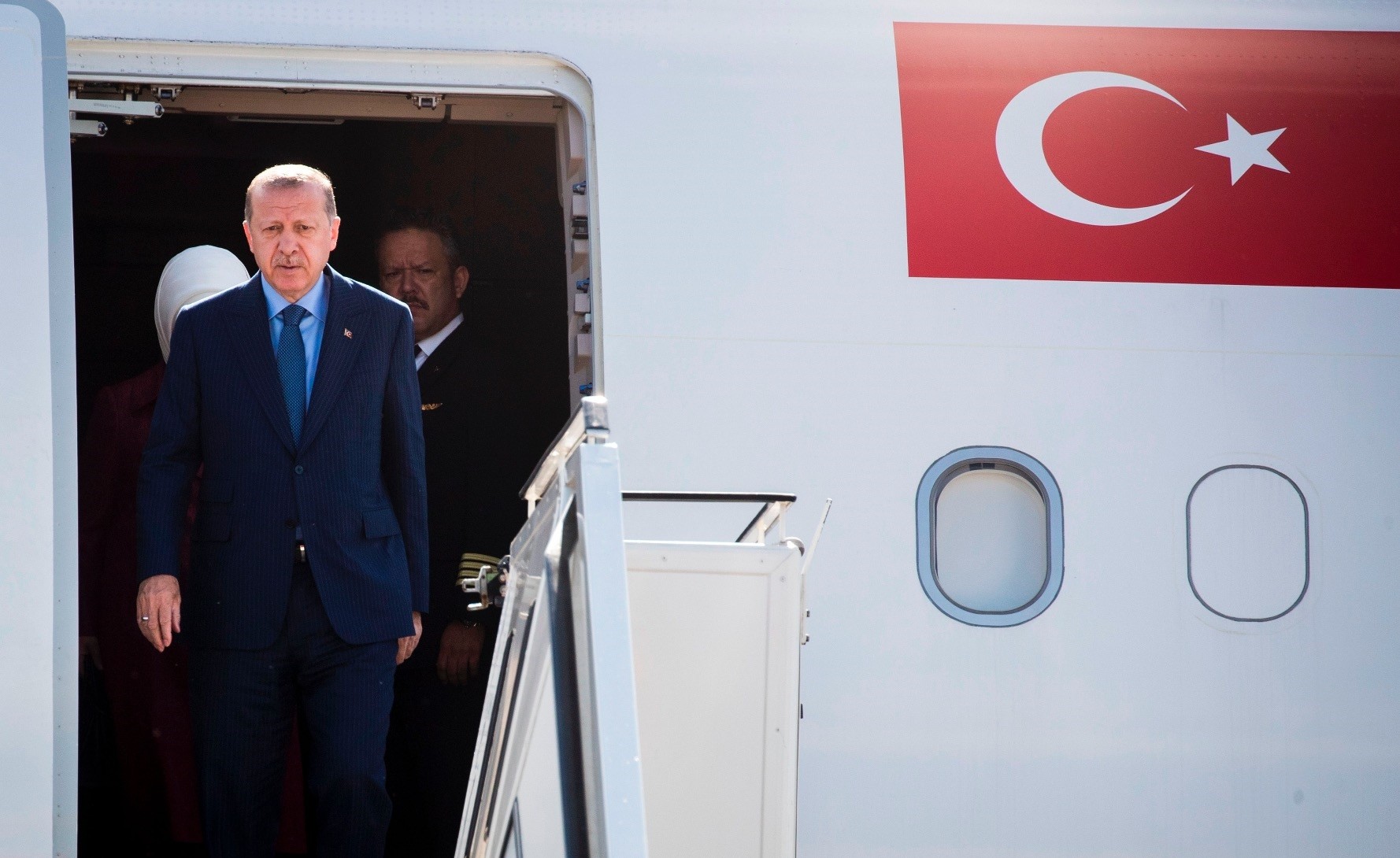 President Erdoğan's high-level meetings in the U.S. and Germany were very productive, according to DEİK Chairman Olpak, who said the companies' officials expressed their wish to continue investing in Turkey

As President Recep Tayyip Erdoğan's trips to the U.S. and Germany have come to an end, the Turkish business world has praised the high-level talks and meetings in the two countries. "As always, the president listened to everyone attentively and responded to almost everyone about what could happen. When we got the first impressions of the attendees, they were very pleased. The basis of the meeting was to provide a one-on-one dialogue, and we are pleased with the outcome," Foreign Economic Relations Board (DEİK) Chairman Nail Olpak said.

Olpak reported that they held the investment conference organized in the United States and the meeting with the CEOs in Germany in the framework of the visits together with the Presidential Investment Office.

He said they aimed to bring together the president with the CEOs of the 25 leading companies of the country during direct meetings in the framework of his visit to Germany and that they managed to do so. "After the address of the president, high-level officials of German companies took the floor and expressed their wishes and opinions about their investments in Turkey. They all want their investments in Turkey to continue and convey their expectations for further investments," Olpak said.

President Erdoğan met with German Chancellor Angela Merkel on Saturday at a working breakfast to discuss bilateral and international issues.

A German government spokesperson told local media that the leaders discussed opportunities to "further strengthen the economic relations" between the two countries.

It was Erdoğan and Merkel's second meeting during the president's three-day high-profile state visit to Germany. On Friday, Erdoğan and Merkel headed a larger meeting between Turkish and German ministers and senior officials.

At a joint press conference afterwards, President Erdoğan said Turkey and Germany are in a common position in supporting a rules-based system to balance increasing protectionist trade trends.

"The use of economic sanctions to reach political goals will damage global trade as well as international security," Erdoğan said.

The president noted that the two countries had reached a consensus on reviving cooperation mechanisms.

He also remarked that Turkey plans to fulfill the remaining six criteria regarding the visa liberalization process as soon as possible, adding that ensuring visa liberalization and the start of the customs union update and revitalization of Turkey's accession negotiations will be beneficial for both Turkey and the European Union (EU).

Merkel vowed to enhance cooperation between Germany and Turkey in the economy and energy and security despite political differences on a number of issues. She said it was "a common strategic interest" for Turkey and Germany to maintain good relations, and enhance their cooperation.

The German chancellor also noted that the German Economy and Energy Minister Peter Altmaier's planned visit to Turkey next month would be an opportunity to further enhance cooperation between the two countries. During his visit, the minister will be accompanied by 86 German businesspeople. As part of the visit, the first Joint Economic and Trade Commission (JETCO) meeting will be held.

After nearly two years of tension, Turkey and Germany have recently taken steps to ameliorate ties and capitalize on mutual gains by reinforcing political and economic rapport.

In his final address during the visit, Erdoğan described his trip to Germany an "extremely fruitful and successful in a critical period," adding that it also strengthened Turkish-German friendship.

Meanwhile, President Erdoğan, who was accompanied by a large delegation of businesspeople, received senior representatives of Germany's largest companies and banks in Berlin on Friday evening.

During the meeting, the president underlined that those who have invested in Turkey have always won, and that international investors will continue to win.

Senior executives of German companies expressed their investment plans in Turkey and asked for Erdoğan's support on these plans.

Olpak also pointed to the logistical closeness between Germany and Turkey and stressed the need to detect what is missing in commercial relations between the two countries and focus on those issues.

"Some 7,500 companies in Germany are operating in Turkey, including Siemens with its 165-year-operation and Bosch with more than 100 years of activity," the DEİK president said.

Germany is the top destination for Turkish exports, making it Turkey's biggest trading partner. Bilateral trade between the two countries in 2016 totaled $35 billion. Turkey's exports to Germany amounted to $13.9 billion, while imports were $21.4 billion.

Bilateral trade between the countries increased, reaching $36.4 billion in 2017, according to data compiled by the Turkish Statistical Institute (TurkStat). Turkey ranked 17th among Germany's 239 trade partners. Last year, Turkish exports to Germany rose to $15.1 billion and imports from Germany fell slightly to $21.3 billion.

During the January-August period this year, Turkey's exports to Germany rose to $10.4 billion, a 9 percent increase compared to the same period last year.

Referring to the Ninth Turkey Investment Conference organized by the Presidential Investment Office in New York in cooperation with the Turkish-U.S. Business Council (TAİK), Olpak said despite the recent developments between Turkey and the United States, it was important for the traditional meeting to take place, indicating that 400 people participated in the conference, including 250 representatives from U.S. companies.

"Despite some tides experienced last year in relations between the United States and Turkey, reciprocal trade increased by 18 percent. Even though this is also the case this year, our total trade will be at around the same level. Putting political tensions aside, I believe that our commercial and investment relationship will go forward, not backwards," he added.

DEİK operates with 144 business councils in 137 countries and the board contributes to diplomacy through trade.