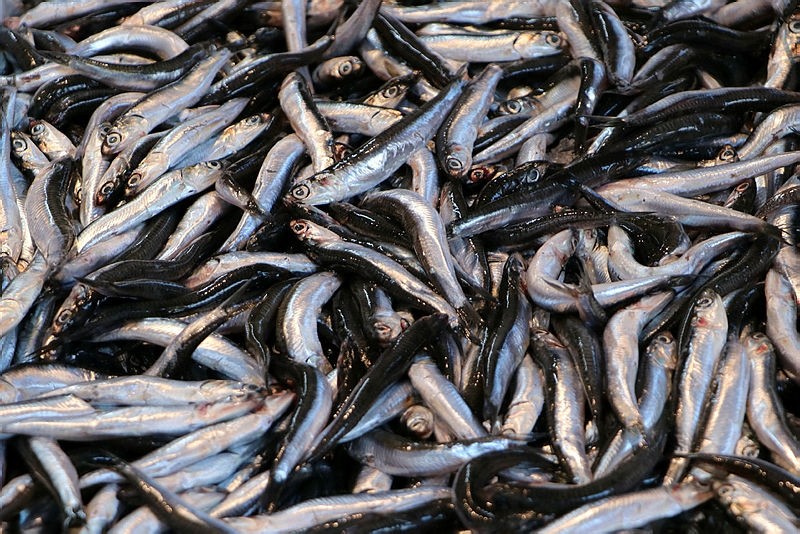 Turkey has surpassed $928,000 in revenue from exporting 177 tons of anchovy, called hamsi in Turkish, to 11 countries since the opening season on Sept. 1, according to Anadolu Agency.

The revenues from anchovy exports in September reached $928,023, up 87 percent from the same period last year, data from the Eastern Black Sea Exporters Association (DKIB) showed.

The volume of anchovy exports also rose 96 percent in the first month of the fishing season, while it stood at 90 tons during the same period in 2017, with some $495,150 of revenue.

Saffet Kalyoncu, chairman of the DKIB, said he is pleased with the rise in exports, as well the increase in importing countries.

"Anchovy is an important export product for the economy," he stressed.

Kalyoncu noted that they have received a "significant demand" for anchovies from European countries.

He also added that the U.S., Britain, Germany, Sweden, the Netherlands, Greece and Switzerland -- which did not import the fish from Turkey during the same period last year -- are also among the countries that increased their export potential.

"In this context, we expect our anchovy exports to increase further during the season," Kalyoncu said.

He mentioned that DKIB expects more exports in the coming months with higher foreign exchange inputs.

The Eastern Black Sea Exporters Association is a non-governmental institution -- under the jurisdiction of the Turkish Exporters Assembly -- consisting of over 1,500 members, according to its website.