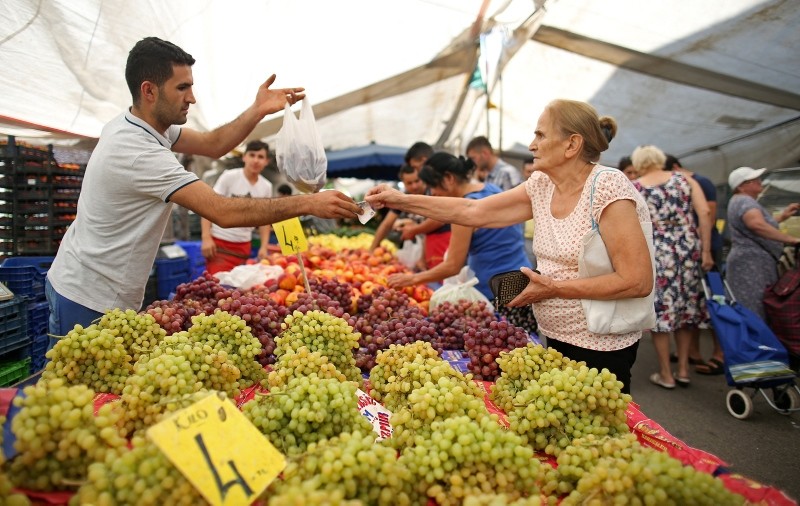 The consumer price index (CPI) rose 19.37 percent compared to December of the previous year and 13.75 percent on the 12-month moving averages basis. The figure in the month was up from 17.90 in August, TurkStat reported.

Inflation climbed for a sixth straight month, hitting the highest level in 15 years. The rise in September was significantly higher than market expectations. The average forecast of an Anadolu Agency poll of 17 economists was 3.46 percent, while a similar poll by Bloomberg HT put the forecast at 3.6 percent.

Treasury and Finance Minister Berat Albayrak agreed that the September inflation data stood above both market and central bank forecasts. Speaking in a live interview for Turkish broadcaster NTV after the inflation data was released, Albayrak said that September's data shows speculative price increases are a reality rather than perception, and vowed stronger and more effective measures.

"September was the worst month in terms of expectations. Now the worst is behind. Next week we will announce the framework of our plan against inflation," Albayrak said.

Albayrak said the concrete results of measures taken by the government will be seen in October data.

The Turkish lira weakened to 6.0 against the U.S. dollar, a loss of 1.5 percent on the day, after the data were released. The lira has lost over 37 percent in value against the greenback since the beginning of the year.

The highest annual increase was seen in furnishing and household equipment, up 37.28 percent, transportation at 36.61 percent, miscellaneous goods and services at 30.61 percent and food and non-alcoholic beverages at 27.7 percent.

Among the main expenditure groups, the lowest monthly increase was in alcoholic beverages and tobacco with a 0.07 percent rise.

TurkStat said none of the main expenditure groups saw a monthly decrease in September.

In addition to worries about the state of the country's economy amid heated election and referendum processes, the lira was hit hard by a diplomatic row between NATO allies Washington and Ankara over Turkey's detention of an American pastor for two years on terror-related charges. Washington imposed sanctions on two Turkish ministers and doubled steel and aluminum tariffs in August.

There was a brief reprieve last month when the bank increased its main policy rate -- the one-week repo auction rate -- from 17.75 percent to 24 percent.

After the monetary policy committee stunned markets with the hike, the bank said a "tight stance in monetary policy will be maintained decisively until the inflation outlook displays a significant improvement."