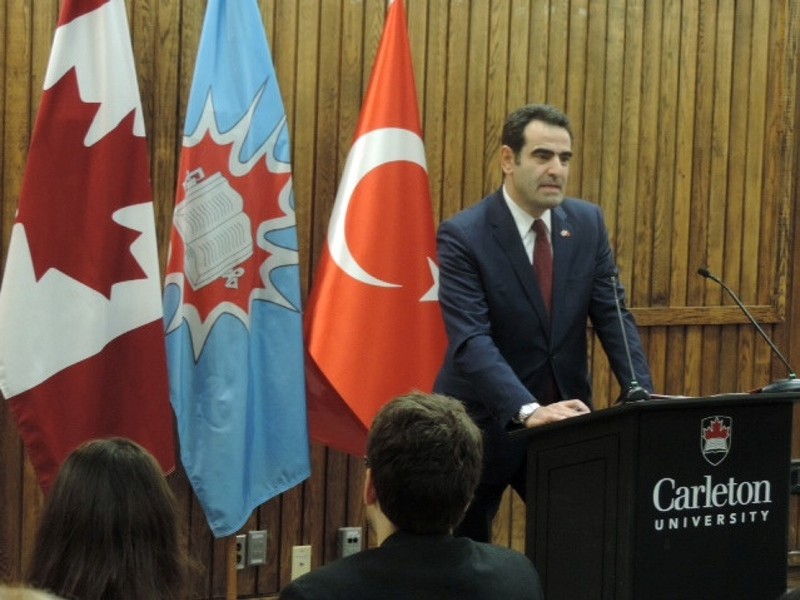 Speaking at a conference at the Norman Paterson School of International Affairs, Ünal emphasized positive economic relations between Turkey and Canada.

"The trade volume (between Turkey and Canada) set a record in 2017, reaching $4 billion. Turkey's exports to Canada in 2017 increased 43 percent and trade volume as of August 2018 reached $3.2 billion, increasing 81 percent compared to the same period in 2017," the ambassador said.

He added that the Turkish economy continued to grow despite all the negativity.

Ünal also underlined the solid nature of Turkey's ties with NATO, adding, however, that the alliance and its members did not demonstrate enough solidarity with Turkey.