Pakistan to start talks with IMF as rupee continues to fall 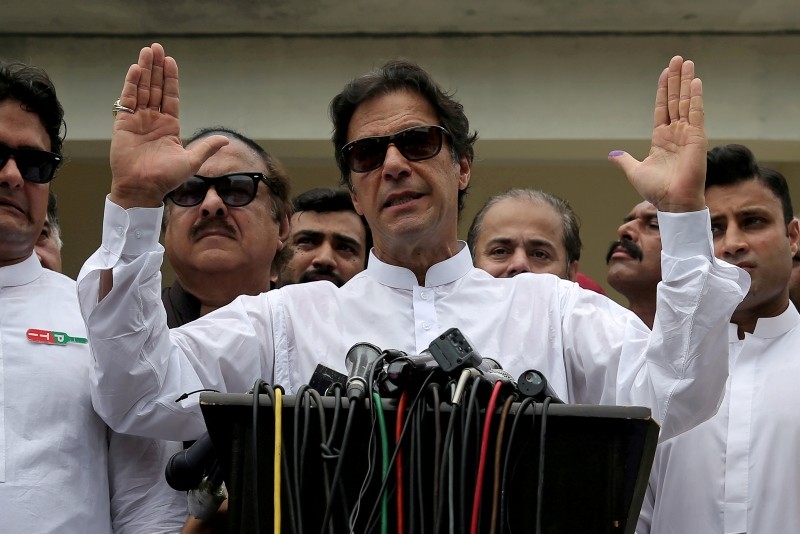 "Today, it was decided that we should start talks with IMF," Finance Minister Asad Umar told GEO TV in an interview on Monday night.

He said the talks would be held for "such a programme, a stabilisation, a recovery programme, on which basis we could overcome this financial crisis".

The country's foreign currency reserves dropped by $627 million in late September to $8.4 billion, the largest weekly drop in years that left barely enough to cover sovereign debt payments due through the end of the year.

If an assistance package is agreed on, it would be Pakistan's second IMF bailout in five years and its 13th since the late 1980s.

Prime Minister Imran Khan made the decision on Monday after meeting with top economic advisers, Umar said in the interview.

Pakistan's current accounts deficit has been widening since before the July 25 election that brought Khan to power, but his new government wanted to explore options outside the IMF including additional bridge loans from China and deferred payments scheme for oil with Saudi Arabia.

Khan's decision came after the Pakistani stock markets tumbled by 3.4 percent on Monday after Khan said the day before that he was still exploring options outside the IMF.

Pakistan's current account deficit widened 43 percent to $18 billion in the fiscal year that ended June 30, while the fiscal deficit has ballooned to 6.6 percent of gross domestic product.

The rupee has fallen by more than 20 percent in four devaluations since December. On Monday, the currency was trading at 128 per U.S. dollar on the open market and 124.20 in the official interbank rate.

Monday's news was welcomed by brokers as a clear signal that could help steady markets tired of nearly two months' of uncertainty since Khan's government took office.

"It was much needed and about time," said Saad Hashemy, research director for Pakistani brokerage Topline Securities