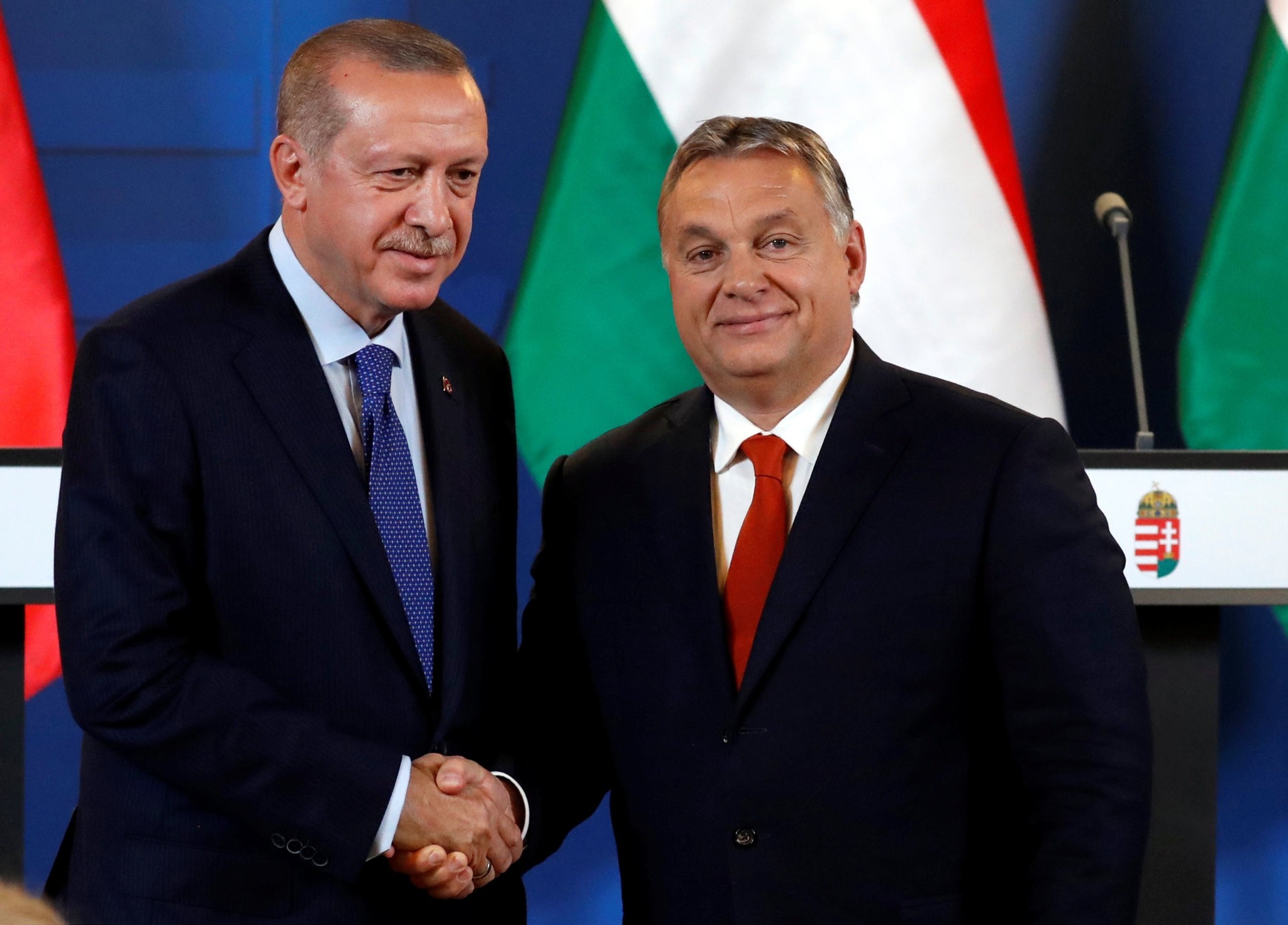 On the first day of his two-day visit to Budapest, President Recep Tayyip Erdoğan and Hungarian Prime Minister Viktor Orban discussed a series of steps to expand bilateral economic relations and agreed to double their bilateral trade volume.

In his address at the joint press conference, Erdoğan referred to the high-level strategic cooperation council meetings between Turkey and Hungary, the first of which was held five years ago. The president announced that the next meeting would be held in the spring of 2019.

The High-Level Strategic Cooperation Council (HLSCC) between the two countries was formed during Erdoğan's visit to Hungary in 2013.

The first HLSCC meeting was held during Orban's visit to Turkey in 2013. A second meeting followed in 2015 in Budapest and the third one in Ankara in 2017 under the chairmanship of then-Prime Minister Binali Yıldırım. The fourth meeting will be held in Budapest in 2019.

According to the Turkish Foreign Ministry's website, Hungary follows an economy/trade-focused foreign policy and considers Turkey as one of the key countries in its "Opening to the East" policy.

"Tomorrow [today] we are going to hold a Turkey-Hungarian Business forum, and we will evaluate the cooperation opportunities in third markets," the president said. Erdoğan also noted that Turkey and Hungary will assess common transportation projects.

During his two-day visit, Erdoğan was accompanied by Trade Minister Ruhsar Pekcan and Transportation and Infrastructure Minister Cahit Turan.

Regarding cooperation in the transportation sector, Erdoğan said: "We will work to enable Turkish Airlines to set up a partnership with relevant Hungarian authorities and ensure nonstop flights to Mumbai, India. We have agreed to take steps in that regard."

The president also announced that Turkey and Hungary will hold joint economic commission meeting very soon as well as meetings for the agriculture execution committee and joint tourism commission.

Speaking at the press conference, Hungarian Prime Minister Orban called on Turkey to expand cooperation in the defense industry, citing his country's need to finance and develop a strong defense industry.

Referring to the agreement to raise the bilateral trade volume, Orban emphasized that the $5 billion goal is not impossible to achieve because trade between the two countries also saw a 18 percent increase in the first half of 2018.

In 2017, the bilateral trade volume between Turkey and Hungary stood at $2.5 billion with a 21.7 percent increase compared to the previous year. Turkey's exports to the country totaled $1.08 billion while its imports were calculated at $1.5 billion.

The total amount of direct investments from Hungarian firms in Turkey during the 2002-2017 period was recorded at $29 million. Hungarian firms are mostly investing in trade, tourism, energy, chemistry, glass products and the food sector.

The total amount of direct investments of Turkish companies in Hungary during the same period was recorded $49 million. Turkish companies are mainly investing in textiles, construction, jewelry and the food sector.

"In order to ensure full-scale cooperation in every area, we need to focus on improving bilateral economic relations," Orban said and continued, "Hungary can be a partner for Turkey and the fast-developing Turkish economy." Meanwhile in 2017, some 79,899 tourists from Hungary visited Turkey.