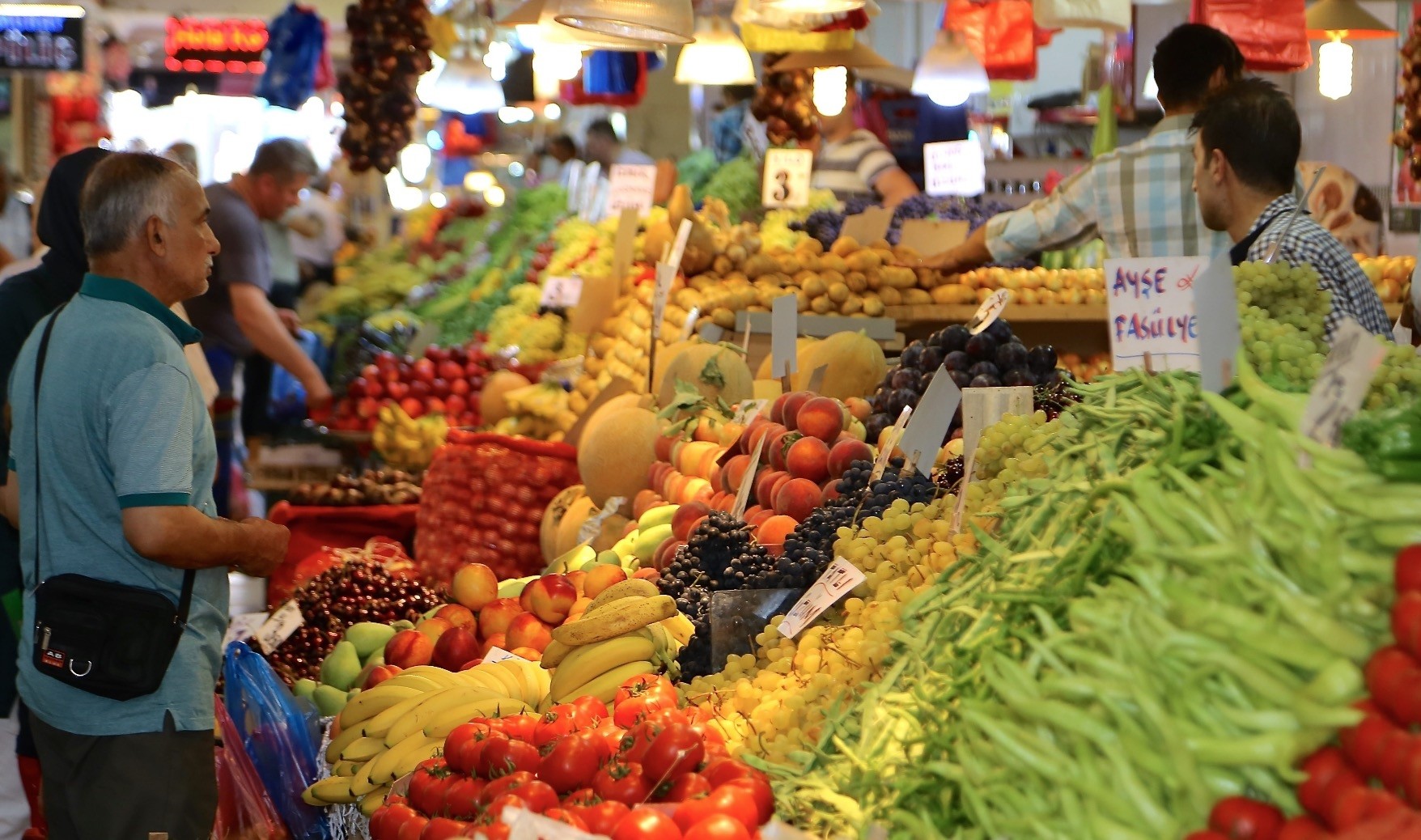 Inflation increased 24.52 percent in September year-on-year, up 6.3 percent from the previous month, according to data from the Turkish Statistical Institute (TurkStat).
by daily sabah
Oct 09, 2018 12:00 am

Treasury and Finance Minister Berat Albayrak said yesterday on his social media account that a full-scale, aggressive program to mitigate inflation to a great extent will be announced today. Consumer prices increased 24.52 percent in September year-on-year, up 6.3 percent from the previous month, according to data from the Turkish Statistical Institute (TurkStat). Inflation climbed for a sixth straight month, hitting its highest level in 15 years. The rise in September was significantly higher than market expectations. According to the country's new economic program announced on Sept. 20, the inflation target for this year is 20.8 percent, 15.9 percent for next year, 9.8 percent for 2020 and 6 percent for 2021.

In his statement on social media, Treasury and Finance Minister Albayrak also evaluated the recommendation issued by the Banks Association of Turkey (TBB) for businesses whose debt to banks and other financial corporations are calculated below TL 15 million ($2.44 million).

The recommendation suggests that these businesses, on the condition of fulfilling certain terms, may reset their mature debts up to 24 months with no payments during the first six months.

"Debts below TL 15 million will be restructured up to 24 months with no payments during the first six months. I would like to extend my thanks to the Banks Association of Turkey for making this decision. Despite the difficulties of the process we are witnessing, we have overcome the hardships thanks to the strong coordination and cooperation of all stakeholders. We will further this solidarity with the program for the all-out fight against inflation, which we will announce tomorrow," the minister wrote on social media.

Commenting on the inflation, Minister Albayrak previously said that the data stood above both market and central bank forecasts. He also added that September's data shows that speculative price increases are a reality rather than perception and vowed stronger, more effective measures.

"September was the worst month in terms of expectations. Now the worst is behind us. Next week, we will announce the framework of our plan against inflation," Albayrak said.

Albayrak said the concrete results of measures taken by the government will be seen in October's data.

In an attempt to curb inflation and the slide in the Turkish lira, the Central Bank of the Republic of Turkey (CBRT) hiked interest rates by 625 points from 17.75 percent to 24 percent in a September meeting.