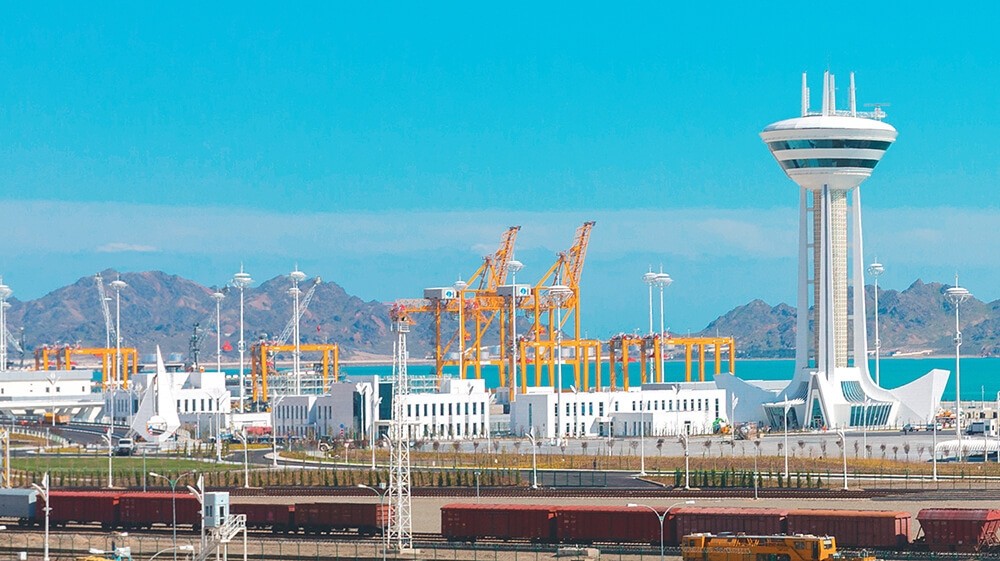 A seaport built in Turkmenistan by one of the world's largest construction firms has been decorated with a prestigious engineering award distributed in the U.S.

The Turkmenbashi International Seaport constructed by GAP İnşaat, a subsidiary of Turkish conglomerate Çalık Holding, received this year's "ENR Best Project Award" at a ceremony in New York on Oct. 2. 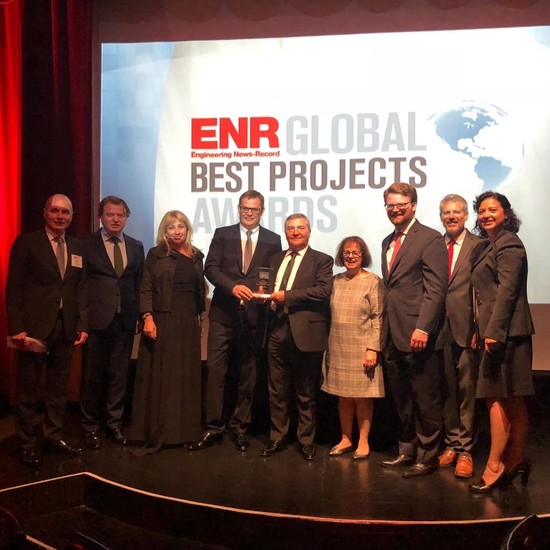 Located in the coastal city named after the Central Asian country's founding president, Saparmurad Turkmenbashi, the seaport was also awarded with the top prize in the "Airport/Port" category of the "Global Best Projects" contest featuring 23 categories. The project was designated as the best project among the 23 category winners.

The port, the largest on the Caspian Sea, lies at the heart of efforts to revive the ancient Silk Road stretching from Asia to Europe and helps shorten delivery time from 45 days to just 15 days. It features a ferry and passenger terminal, container terminal, general cargo port, bulk cargo port and a shipyard, while the existing polypropylene terminal has also been expanded as part of the project. 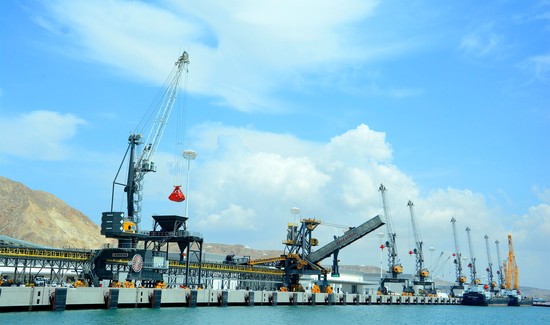 The project completes a missing link in the vital trade route passing through Central Asian countries and the Caucasus, as an alternative to existing land links in Russia and Iran. With the recent completion of Baku-Tbilisi-Kars railway project connecting Azerbaijan, Georgia and Turkey, and rail connections crossing the Bosporus with the Marmaray Tunnel and Yavuz Sultan Selim Bridge projects, an uninterrupted rail link has been established between the East and the West, using ferries between Baku and the Turkmenbashi terminal.

The Turkmenbashi project is among the key investments for Turkmenistan to position itself as an important hub and logistics center for global trade in its bid to diversify its economy. The country has the world's fourth-largest natural gas reserves and has invested heavily in its infrastructure, superstructure, healthcare and industrial facilities for the last 10 years within the scope of the development vision led by President Gurbanguly Berdymukhamedov. The seaport itself employs 2,500 people and is expected to create thousands of jobs in the years to come. 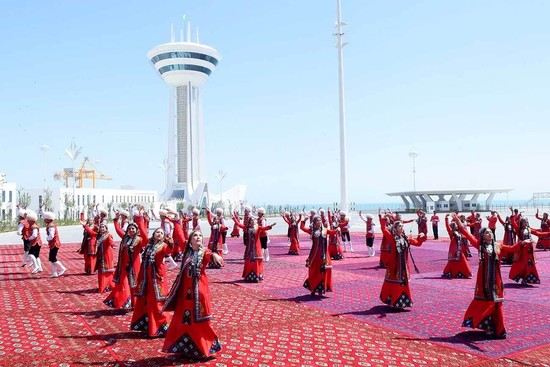 The project recently made it into the Guinness World Records for being "the largest port constructed at the deepest level of the earth" at an altitude of -27 meters. As part of the environmental friendly focus of the project, an artificial island was also constructed for birds as the area lies on the migration routes. This feature also took the record for "largest artificial island built below sea level for birds in the world."

The seaport covers an area of 1.434 million square meters, and construction efforts included deepening the seabed for 8.9 million square meters and adding 5 million cubic meters of sea filling. Its 3.8-kilometer-long wharf allow cargo and passenger ships to dock, load and unload faster and more comfortably. In addition, 3.9 kilometers (2.4 miles) of highway and 30 kilometers (18.6 miles) of railway have been built. 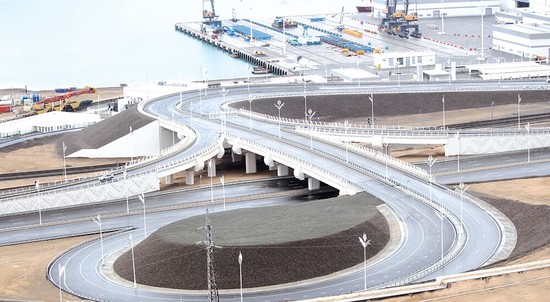 Gap Inşaat provides construction services in infrastructure, superstructure, healthcare, housing, industrial facility, energy and petro-chemistry projects, especially in Turkmenistan but also in locations around the globe. The company has been ranked among the top 10 of the "Services Exports of the Year" list for the last two years, announced annually by the Turkish Assembly of Exporters.

Accepted as the most prestigious organization in the world of engineering, architecture and construction, New York-based ENR's "Top 250 International Contractors" put GAP İnşaat as 73rd on the list – 19 spots higher than the previous year – making GAP Inşaat one of the fastest rising Turkish companies.

GAP Inşaat has made it on the ENR Top 250 list since 2006 without missing a year. This year the ENR list included 46 Turkish companies, including another Çalık Holding affiliate, Çalık Enerji, which ranks 104th in the global ranking and 10th in the Turkish ranking.