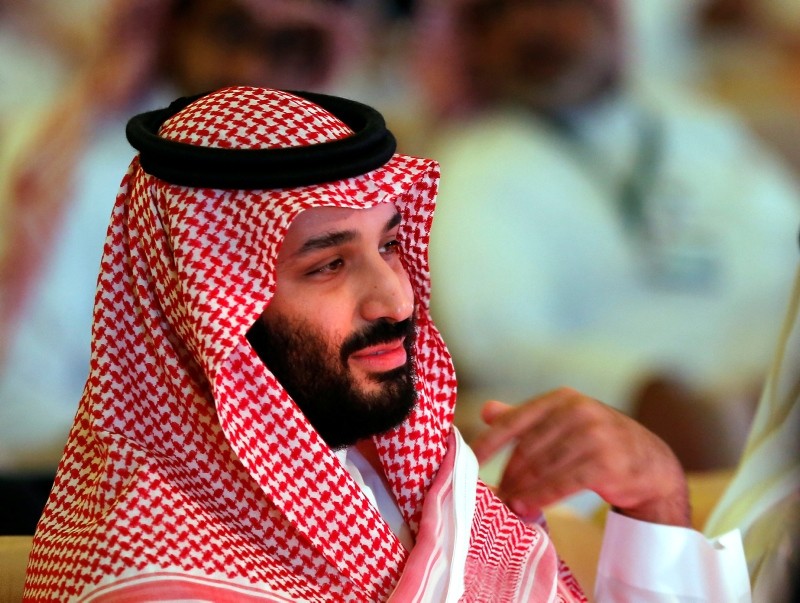 Speaking at Future Investment Initiative forum in Riyadh, the crown prince also said he expected economic growth next year to be higher.

Higher oil prices has helped Saudi Arabia's economy grow in the second quarter at its fastest pace for over a year, according to official data.

Gross domestic product, adjusted for inflation, expanded 1.6 percent from a year earlier in the April-June quarter. That was up from 1.2 percent in the first quarter and the fastest growth since the fourth quarter of 2016.

The pick-up was mainly due to the government sector, where growth jumped to 4.0 percent from 2.7 percent as authorities boosted spending, the data showed.

The crown prince also said the kingdom would press ahead with a war on terrorism.

The FII forum is the brainchild of Saudi Crown Prince Mohammed bin Salman, aimed at drawing more foreign investment into the kingdom and to help create desperately needed jobs for its youthful population.

The forum last year proved to be a glitzy affair that drew more international business attention to the kingdom. This year's event meanwhile has seen many top business leaders and officials drop out over Khashoggi's Oct. 2 slaying.

Last year, the investment forum grabbed headlines when Prince Mohammed wowed the crowd of global business titans with pledges to lead the ultraconservative kingdom toward "moderate Islam." He also announced plans to build a $500 billion futuristic city in the desert.

Schwarzman is among those who've backed out of attending this year. Others include U.S. Treasury Secretary Steven Mnuchin, who met with Prince Mohammed separately before the forum, according to Saudi state television.

Among its many investments domestically and abroad, Saudi Arabia's sovereign wealth fund, which the crown prince oversees, has invested $20 billion in a U.S.-focused infrastructure fund with Blackstone.

The Public Investment Fund has also invested $3.5 billion in ride-sharing firm Uber, whose CEO also backed out of attending this year's forum.