Turkey says sanctions on Iran 'unilateral,' calls for exemption from US measures 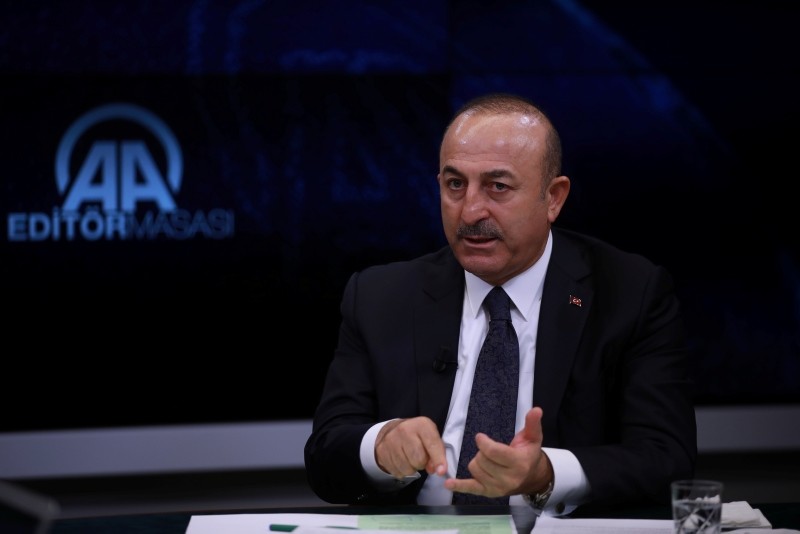 Turkey has called on the U.S. to drop the "unilateral" sanctions on Iran that is set to come into effect on Nov. 4, Foreign Minister Mevlüt Çavuşoğlu said Wednesday.

Speaking to Anadolu Agency, Çavuşoğlu said the U.S is implementing sanctions on Iran "unilaterally" and Japan, Asia, the EU countries and Turkey are against it.

In May, U.S. President Donald Trump unilaterally withdrew Washington from a 2015 landmark nuclear deal between Iran and the P5+1 group of nations -- the five permanent U.N. Security Council members plus Germany.

Trump began to reinstate U.S. sanctions on Tehran in August, with sanctions targeting Iran's oil sector set to retake effect on Nov. 4. The United States was also considering offering waivers to some allies that rely on Iranian supplies.

The sanctions are expected to impact Iranian oil exports, which provide Tehran with the revenue needed to finance its national budget.

European Union countries along with Turkey have condemned Trump's action, vowing to find ways to bypass the re-imposed sanctions. Turkey has been vocally opposed to the U.S. sanctions on Iran and has said it will not cut trade ties with Tehran at the behest of other countries.

"We have conveyed (to the U.S.) our necessary demands to get exemption on this issue," Çavuşoğlu stressed.

Çavuşoğlu said President Recep Tayyip Erdoğan had previously mentioned that Turkey is taking natural gas from Russia and Iran and if it does not have more options, the country would have to continue taking gas from those two countries.

Turkey depends heavily on imports to meet its energy needs and neighboring Iran has been one of its main sources of oil because of its proximity, the quality of its crude and favorable price differentials.

Sources previously said Turkey has already made efforts to cut its purchases ahead of the U.S. sanctions, but would prefer to keep up some level of Iranian oil imports past November.

Çavuşoğlu said the U.S. took a decision, but it affects everyone.

"You can take a decision, but why do you want to punish other companies and countries? It is not a decision of the U.N. Security Council," Çavuşoğlu said.

He said Turkey has already told the U.S. that the latter's decisions are unilateral and when the countries do not comply with it, the credibility of the U.S. will be harmed.

Çavuşoğlu said that the U.S. has withdrawn from the nuclear deal with Iran unilaterally, but the European countries did not withdraw.

"It means that they value this deal," he added.