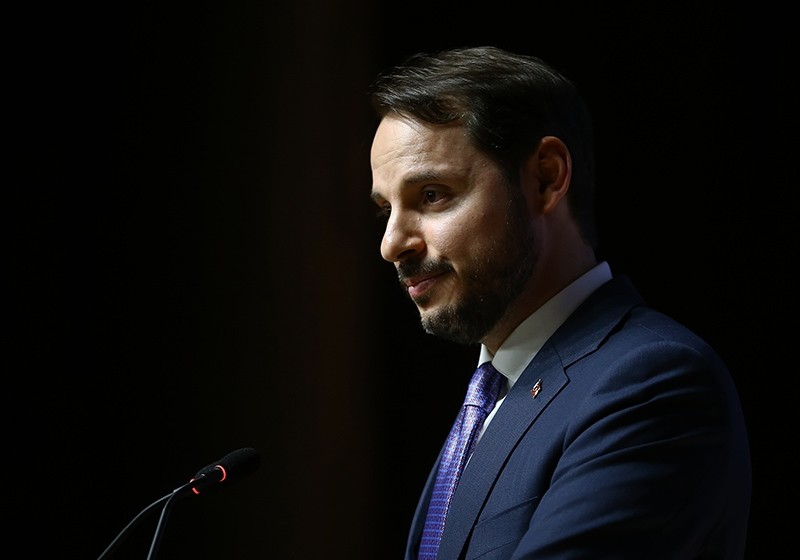 The economy administration has accelerated efforts to boost economic activity and curb running inflation with tax reductions and massive anti-inflation campaigns with the support of the private sector.

In his address at the Turkish Tax Inspection Board (TTIB) in Ankara, Minister Albayrak highlighted the recent positive developments in the Turkish economy.

"After the recent spike of the Turkish lira, we are now observing a reduction in the inflation. We will see the mitigation of inflation in October figures."

In September, inflation hit 24.52 percent on a year-on-year basis, up 6.3 percent from the previous month, according to the Turkish Statistical Institute (TurkStat). Inflation climbed for a sixth straight month, hitting its highest level in almost 15 years.

Earlier this month, Minister Albayrak announced a "full-scale" program to reduce inflation with the expansive support of the public and private sector. The number of corporations and institutions that participated in the program and cut down their prices has exceeded 25,000, the minister said.

The treasury and finance minister stressed that some of the participating companies have reduced prices by more than 10 percent by up to 20 to 30 percent.

In order to expedite the fiscal reforms, the minister said the structure of TTIB will be redesigned.

The minister also announced a number of reductions in six tax items. The rate of VAT in real estate had decreased from 18 percent to 8 percent over the last year as the campaign continues until the end of the year.

The minister said that these tax reductions will revive economy and will largely contribute to the fight against inflation.