Trump attacks Fed chief, says 'not even a little bit happy' with Powell 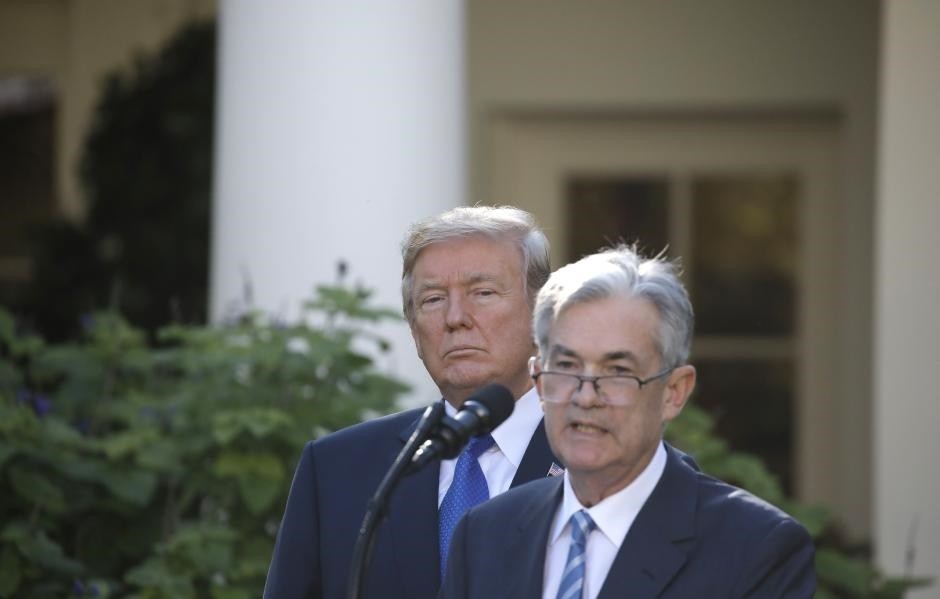 U.S. President Donald Trump once again blasted his hand-picked chief of the US central bank Tuesday, saying he was "not even a little bit happy" with his selection of Jerome Powell.

The Federal Reserve chairman has presided over three interest rate increases this year, and in an interview with The Washington Post Trump said the Fed is "way off base."

"They're making a mistake because I have a gut and my gut tells me more sometimes than anybody else's brain can ever tell me," the president added.

Trump named Powell to take over the helm of the Fed at the start of the year, but has repeatedly attacked him for continuing to raise the benchmark lending rate, which he says undermines the work he is doing to juice the US economy.

"I'm doing deals and I'm not being accommodated by the Fed," Trump said.

The Fed is expected to raise the key rate again in December as it works to keep inflation from accelerating beyond the two percent target, amid a strong job market that has pushed unemployment to a 50-year low of 3.7 percent.

Powell and other officials have repeatedly dismissed the unprecedented political attacks from Trump, saying they have no impact on policy deliberations of the independent central bank.