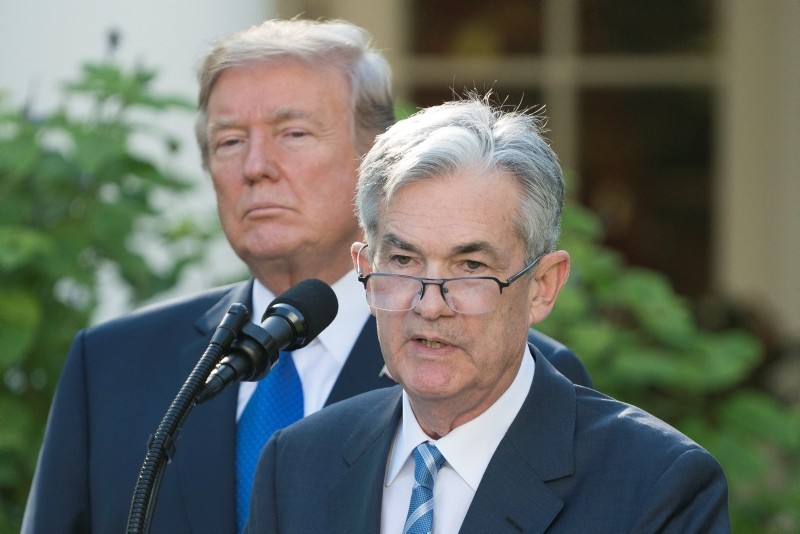 The Federal Reserve said Wednesday that the U.S. economy was growing in the fall, but there were concerns about higher tariffs from a widening trade war, rising interest rates and tight labor markets. In a report dubbed the "beige book," the Fed noted problems the higher tariffs from U.S. President Donald Trump's get-tough approach to trade were causing: rising costs for manufacturers, weaker sales at companies and farmers hurt by retaliatory tariffs imposed by China and other nations.

In its latest report on economic conditions around the country, the Fed said that most of its 12 regions saw moderate growth through late November. Dallas and Philadelphia said growth had slowed, while St. Louis and Kansas City depicted growth as slight.

The report also found that optimism about the future had waned somewhat, with business contacts citing "increased uncertainty."

The survey will used at the Fed's next meeting on Dec. 18-19. The central bank is widely expected to boost its benchmark rate for a fourth time this year at that meeting.

Even with the tariff concerns, the beige book said most districts continued to report moderate growth in manufacturing.

The impact of rising interest rates affected interest-rate sensitive sectors such as housing, with the beige book noting that new home construction and sales of existing homes were either holding steady or experiencing slight declines.

The Fed survey said that labor markets had tightened further across a broad range of occupations.

"Over half of the districts cited firms for which employment, production and sometimes capacity expansion had been constrained by an inability to attract and retain qualified workers," the report said.

Unemployment fell in October to a 49-year low of 3.7 percent with economists forecasting further declines in the coming months. A key reason the Fed has been raising interest rates is to slow the economy to ensure that tight labor markets don't unleash unwanted inflation pressures.

With labor markets already so tight, the Fed said that many districts were seeing examples of firms enhancing their nonwage benefits, including health benefits, profit-sharing, bonuses and paid vacation days.

Despite the wage pressures, the report said that prices continued to increase at a modest pace in most districts although reports of tariff-inducted cost increases have spread more broadly in such areas as manufacturing, retailing and restaurants.