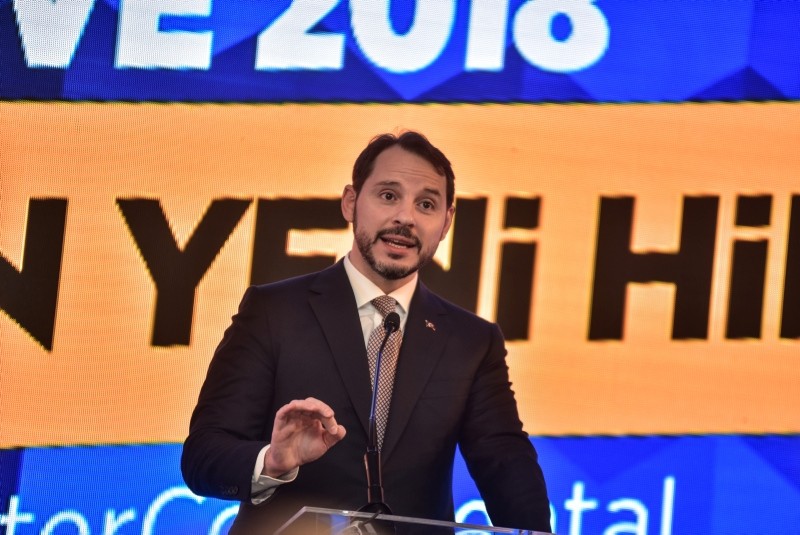 Speaking at the Turkish Investor Relations' Society (TÜYİD) summit, Albayrak said right steps taken at the right time paved the way for more stable markets, as the lira has strengthened 20 percent against the U.S. dollar since August.

Albayrak said consumer and producer price indexes saw 3.6 and 6.5 percent reductions, respectively, due to the highly successful "Full-Scale Fight against Inflation" campaign, which was launched in October to curb inflation by offering price discounts in the retail sector and lowering interest rates for bank loans.

"We find it realistic to expect inflation to drop to 15.8 percent in 2019 and then to 6 percent at the end of the economic program. We will hopefully exceed those goals we have set," Albayrak said.

Albayrak said there are "strong signs" showing that the current accounts would further improve in November and December with 12-month rolling deficit expected to fall below $30 billion after it was reported to have decreased to $39.4 billion in October, the third consecutive month of surpluses.

Speaking about exports, the minister said Turkey's exports reached an annual volume of $168.1 billion in November on a 9.5 percent increase. "We will meet our year-end goal of $170 billion," he said.