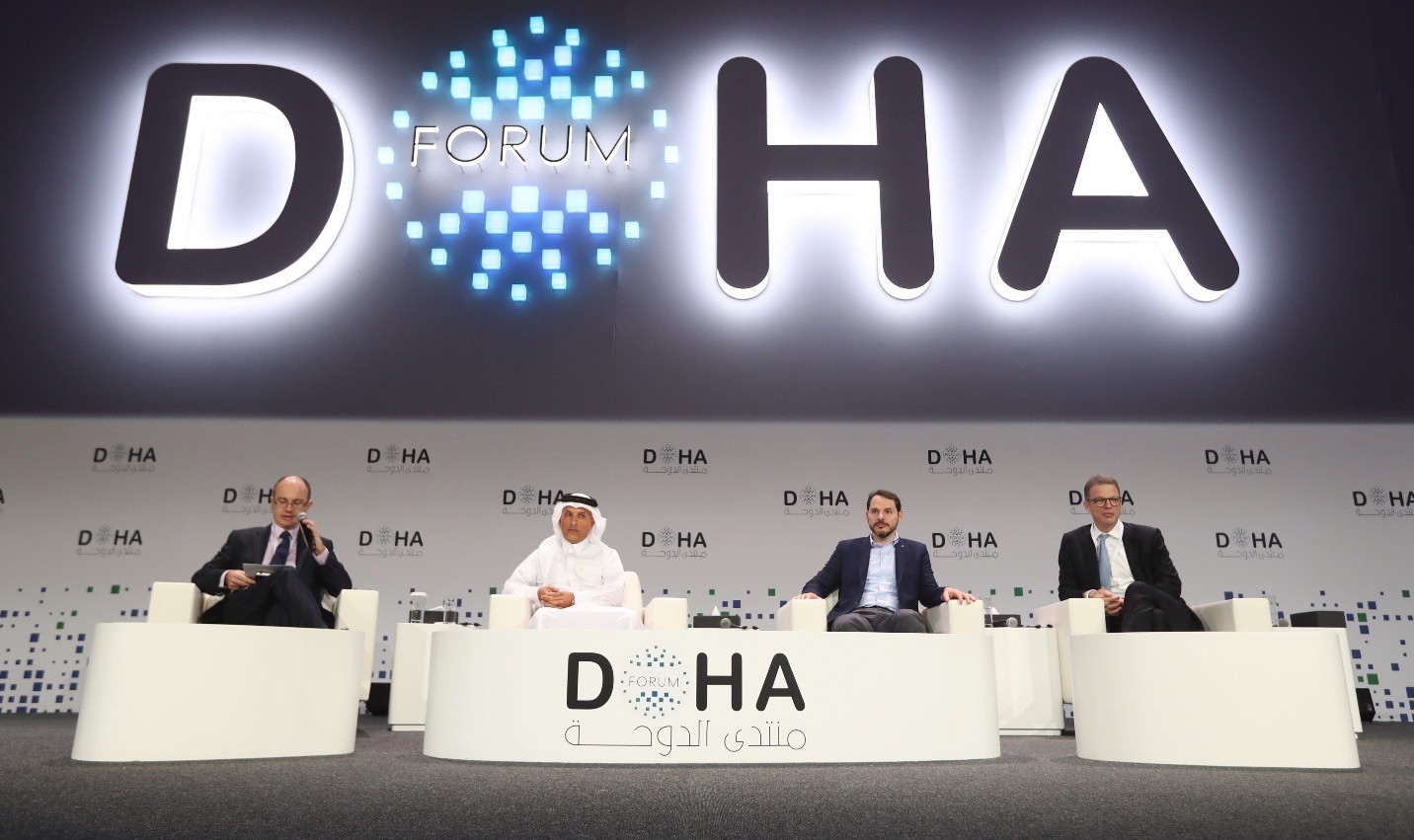 Treasury and Finance Minister Berat Albayrak, right, delivered a speech at the 18th Doha Forum on Saturday.
by Daily Sabah Dec 17, 2018 12:00 am

In an address at the 18th Doha Forum on Saturday, Treasury and Finance Minister Berat Albayrak stressed that Turkey has surmounted a number of economic and political challenges in recent years, including the July 15 coup attempt and the heightened speculative currency attacks in August this year. Minister Albayrak delivered a speech on emerging markets at the 18th Doha Forum and evaluated the recent trends in the global economy.

Treasury and Finance Minister Albayrak particularly highlighted that the latest developments in the Turkish economy were also vital for emerging markets.

"The Turkish economy has also been affected by the economic tensions between the east and the west," Albayrak said.

Albayrak explained that Turkey has demonstrated a very strong performance in economics, politics and democracy in the last 16 years.

Drawing particular attention to the young and dynamic population of Turkey, the minister emphasized Turkey's capability to thwart any challenges it has encountered in recent years. The treasury and finance minister also said that the presidential governance system which took effect with the 24 June elections has boosted the country's development.

Foreign Minister Mevlüt Çavuşoğlu on Saturday criticized sanctions on Qatar and commended the strong economy of the gas-rich Gulf country.

Speaking to reporters on the sidelines of 18th Doha Forum, Cavuşoğlu said Qatar is becoming more self-sufficient with every passing day by taking steps to diversify its economy.

"Qatar's economy has been growing. Qatar has been strengthening," the foreign minister said, calling the recent economic situation of the country as an "artificial crisis."

"Whatever the problem is, we are against all kind of sanctions," he said, adding, "I hope these issues will be resolved as soon as possible."

Saudi Arabia, Egypt, Bahrain and the United Arab Emirates (UAE) cut off all their diplomatic ties with Qatar on June 5, 2017, and accused Doha of supporting terrorism.

In addition to imposing a blockade to the small peninsula nation, the group led by Saudi Arabia released a 13-point list of demands, which required Doha to cut its relations with Iran and shut down its Al Jazeera television network.

By leaving the Organization of the Petroleum Exporting Countries (OPEC) the world's biggest oil organization, Qatar has become the first Arab nation to do so since its foundation in 1960. Qatar had joined the organization one year after its establishment.

The Turkish foreign minister also hailed a large turnout at the forum entitled "Diplomacy, Dialogue, Diversity," saying it is the "most significant one" in the world.