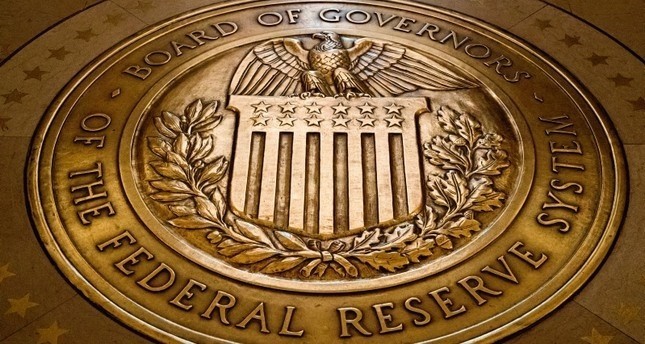 The U.S. Federal Reserve raised interest rates on Wednesday, as expected, but forecast fewer rate hikes next year and signaled its tightening cycle is nearing an end in the face of financial market volatility and slowing global growth.

The central bank said the U.S. economy has been growing at a strong rate and the job market has continued to improve. It noted that "some" further gradual rate hikes would be needed, a subtle change that suggested it was preparing to stop raising borrowing costs.

In a statement issued after the end of its last policy meeting of the year, the Fed said risks to the economy were "roughly balanced" but that it would "continue to monitor global economic and financial developments and assess their implications for the economic outlook."

The rate hike, the fourth of 2018, lifted the target range for the Fed's benchmark overnight lending rate by a quarter of a percentage point to a range of 2.25 percent to 2.50 percent.

The decision to raise borrowing costs again is likely to anger U.S. President Donald Trump, who has repeatedly attacked the central bank's tightening this year as damaging to the economy.

The Fed has been raising rates to reduce the boost that monetary policy gives to the economy, which is growing faster than what central bank policymakers view as a sustainable rate.

There are worries, however, that the economy could enter choppy waters next year as the fiscal boost from the Trump administration's spending and $1.5 trillion tax cut package fades and the global economy slows.

The Fed also made a widely expected technical adjustment, raising the rate it pays on banks' excess reserves by just 20 basis points to give it better control over the policy rate and keep it within the targeted range.

Fresh economic forecasts released on Wednesday showed policymakers expect two rate hikes next year and one the following year, with the median forecast for the federal funds rate at 3.1 percent at the end of 2020 and 2021.

That would still leave borrowing costs just above policymakers' downgraded view of a 2.8 percent neutral rate that neither brakes nor boosts a healthy economy.

The last set of economic forecasts, released in September, had indicated three rate hikes next year and one in 2020. The change reflects an erosion in confidence in an economic outlook that Powell as recently as October had painted as quite rosy.

Even so, the Fed is still plotting a more aggressive rate hike path than many in the markets expect. Before the meeting, traders of U.S. interest-rate futures were betting the Fed would deliver no more than one rate hike next year, if even that.

Gross domestic product is forecast to grow 2.3 percent next year and 2.0 percent in 2020, slightly weaker than the Fed anticipated in September.

The unemployment rate, currently at a 49-year low of 3.7 percent, is expected to fall to 3.5 percent next year, unchanged from the prior forecast. It is seen rising to 3.6 percent in 2020 and to 3.8 percent in 2021, slightly higher than previously forecast.

Inflation, which hit the Fed's 2 percent target this year, is expected to be 1.9 percent next year, slightly lower than the 2.0 percent forecast three months ago.

There were no dissents in the Fed's policy decision.