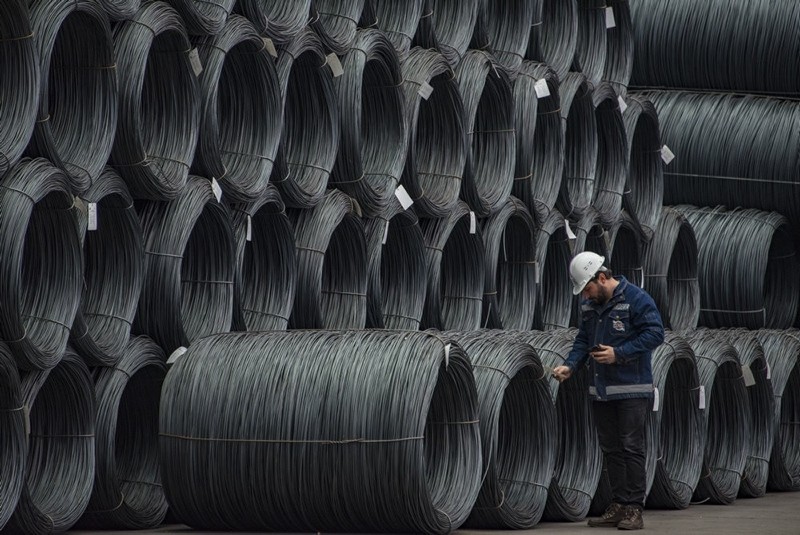 Turkey had initiated a dispute complaint with the WTO in August against the additional tariffs imposed by the U.S. on Turkish steel and aluminum imports.

Speaking at an award ceremony in Istanbul, Pekcan said that Turkey previously won an appeal against Morocco at the WTO regarding steel and iron products.

"We have a wonderful team. We will continue to do great work," Pekcan said.

Washington initially imposed tariffs of 25 percent on steel and 10 percent on aluminum imports in March for most countries, with a few exceptions such as Argentina and Australia.

It later doubled these rates for Turkey amid the diplomatic spat over the detention of American pastor Andrew Brunson, which came into effect on Aug. 13.

Turkey's steel exporters reached the year-end export target of 19 million tons in the first 11 months of 2018.

According to the statement released by the Steel Exporters Association (ÇİB), in the 11-month period, Turkey's quantity-based steel exports increased by 19.8 percent to 19.3 million tons and exceeded the year-end export target prior to December.

Meanwhile, in terms of value, Turkey achieved $14.1 billion in steel exports with an increase of 37.3 percent in the same period.

In November, steel exports climbed by 60.9 percent to 2.5 million tons in quantity and by 55.8 percent to $1.7 billion in value, compared to the same month of the previous year.

Steel exports to the U.S. in the period of January to November were recorded at $855 million with a 17.2 percent decrease from the same period of the last year when they stood over $1 billion.

According to the ÇİB, steel exports were valued at $11.5 billion last year, accounting for 7.3 percent of its total exports worth $157 billion. The U.S. was the top destination for Turkish steel exports in 2017 with $1.1 billion.

Turkey came in sixth place among the countries the U.S. imported steel from last year, while Turkish steel's share was 7 percent of all U.S. steel imports.