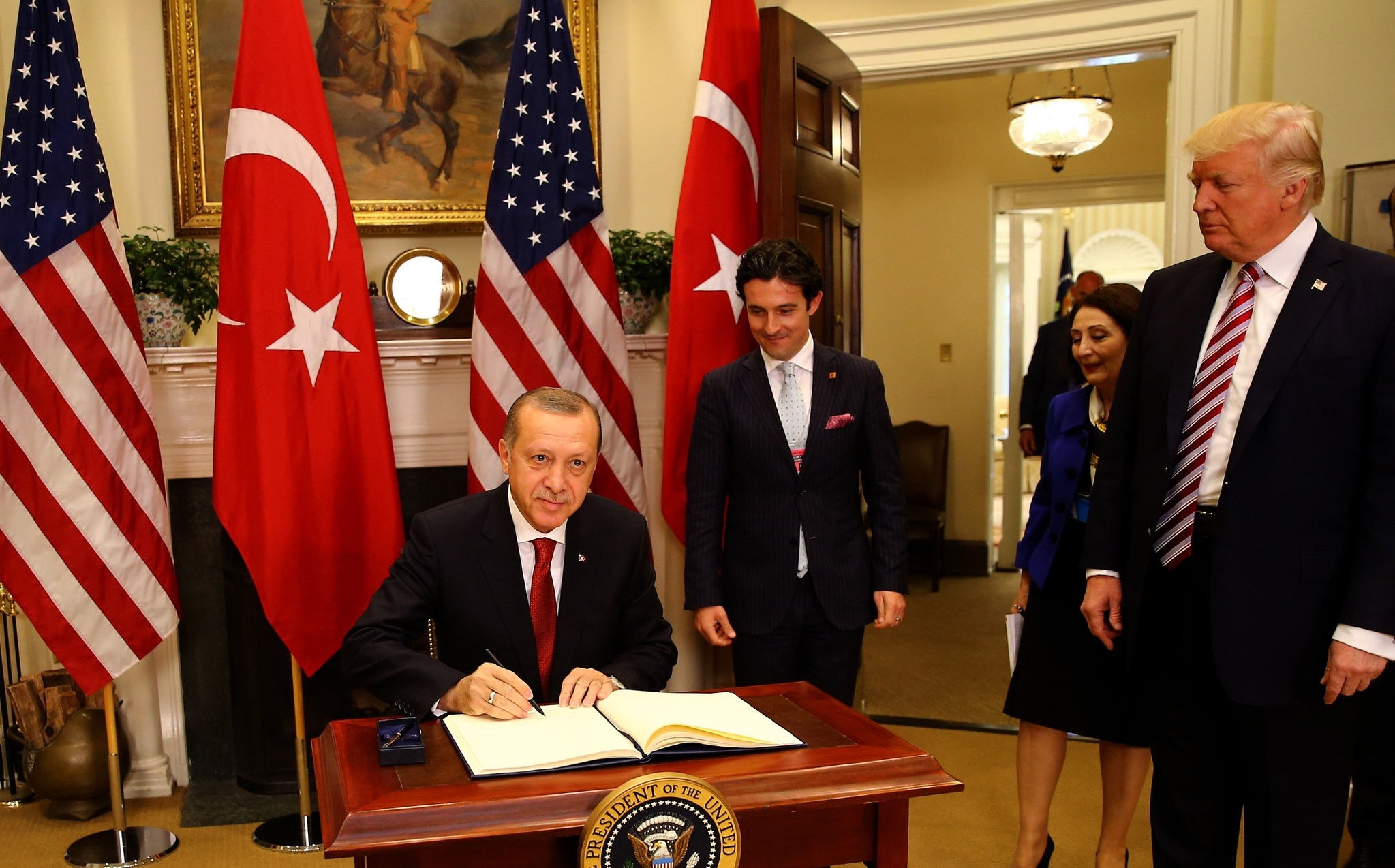 The signs for improving Turkey-U.S. relations also bode well for bilateral economic and commercial ties as American investors are expected to heat up their investments in Turkey next year

The last two months have seen the swift amelioration of Turkey-U.S. political ties and the positive trend in relations is expected to yield benefits for economic and commercial ties as well. The first hint suggesting that the commercial relations between the two allies of NATO will further prosper in the upcoming period came when U.S. President Donald Trump on Sunday tweeted about his call with President Recep Tayyip Erdoğan, during which the two presidents also discussed "heavily expanded trade" in addition to their mutual involvement in Syria.

The U.S. is one of the major commercial and economic partners of Turkey. It is the second country from which Turkey attracts foreign direct investment (FDI). According to the FDI statistics released by the Industry and Technology Ministry, Turkey has received $11.5 billion in FDI from the U.S. in the last 16 years. The ministry's data also show that currently 1,853 companies with U.S. capital operate in Turkey.

On the trade side, the U.S. ranks fifth among Turkey's top 20 export destinations with $8.6 billion in 2017 and it is the fourth-largest source of Turkey's imports with $11.9 billion in the same year.

Between January and October, exports to the U.S. were recorded at $6.7 billion, while the imports from the world's largest economy stood at $10.2 billion.

Turkish-American Business Association American Chamber of Commerce (TABA-AmCham) Chair Ali Osman Akat stressed that 2019 will see the expansion of Turkish-American commercial ties, citing the signals of the improving ties. "Turkey will become a safe investment harbor for American firms and its exports to the U.S. will soar," he said in a statement to Anadolu Agency (AA). The withdrawal of U.S. troops will also mitigate the tension between Turkey and the U.S., Akat opined.

This year has not been stable for Turkish-American ties, which had been strained since the July 15 coup attempt, U.S. military support for the PKK's Syrian affiliate People's Protection Units (YPG) in northern Syria adjacent to the Turkish border, the visa crisis that lasted from October 2017 to December 2017 and the detention of U.S. Pastor Andrew Brunson in Turkey for two years. Especially in August, when the tension between the two NATO allies peaked, the economic relations were the aim of Trump since he doubled the import tariffs on steel and aluminum imports from Turkey, which exacerbated the slide in the Turkish lira at the time. Commercial relations, capital movements and mutual investments between Turkey and the U.S. have great potential, Akat said, stressing the immense market in the world's largest economy.

"The U.S. has a 25 percent share from the $80 trillion global economy and Turkey only accounts for 0.5 percent of the $4 trillion U.S. foreign trade. Turkish exporters must enhance this share. The new investment that plan to come to Turkey from the U.S. had been waiting since the visa crisis in 2017, but the waiting period is now over. We expect that American firms will continue significant investments in the Turkish economy next year," TABA-AmCham Chair Akat said.

Akat also drew attention to the U.S. tariff hikes on Chinese goods and stressed that these tariffs offer Turkey a trade corridor open to opportunities. "Turkey is capable of benefitting from these tariffs," Akat added. American investors produce their goods in China and offer them for the U.S. market, but because of the tariffs, they are now looking for new locations, he added. "They are looking for safe havens, and Turkey should seize this opportunity to attract more investments from the U.S."