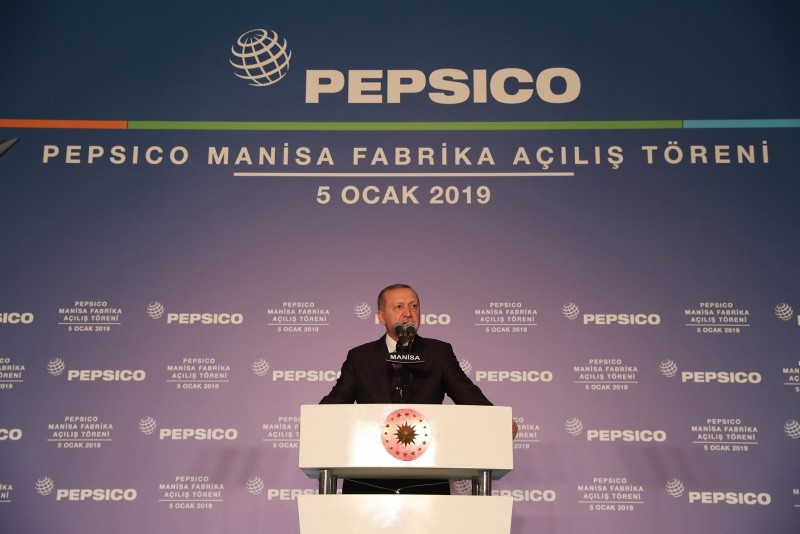 The continuous dedication to reforms and strong incentive schemes for foreign investors have profoundly improved the Turkish investment climate, making the country one of the safest addresses for direct investments

With a sea of legislative amendments, incentives and new regulations to improve the investment climate, as well as its proximity to giant consumer destinations like Europe, the Middle East and Africa, Turkey has become one of the top emerging markets that has been receiving an increasing amount of foreign direct investment (FDI) from all regions of the world. Over the last 16 years, Turkey attracted $203 billion in FDI and the country is home to 65,341 companies with foreign capital. "Turkey is one of the world's most liberal and safest countries in terms of investment," President Recep Tayyip Erdoğan said during his address at the opening of the PepsiCo factory in the Aegean province of Manisa.

"Turkey continues to be a safe harbor for international investors despite all the instability surrounding the country." In the period of January to October 2018, a total of $9.16 billion in net foreign direct investment flowed into the Turkish economy, according to the Industry and Technology Ministry. According to the ministry's official data, the amount of net FDI the country received was $1.05 billion in October, while the highest amount of FDI during the 10-month period was seen in June with $1.3 billion.

In 2017, Turkey attracted $10.94 billion in net foreign direct investment, $7.45 billion of which was equity investment inflow.

The reforms to ease the investment climate in Turkey and incentive schemes to bolster investments have also paid well for Turkey's ranking in a key international business index. The country, 43rd in the World Bank's Ease of Doing Business list for 2019, climbed 17 places compared to the previous year.

According to the report published by the World Bank in late October, Turkey received 74.33 points out of 100, improving 4.34 points since last year. New Zealand, which topped the list, scored 86.59 points.

"In the past five years, Turkey has averaged just one reform a year," the bank said.

The report highlighted that the "government's reform effort focused on improving the electronic processing of documents and providing more information on specific regulations" as state institutions – including municipalities, the Justice Ministry and courts – began publishing information relevant to opening a business. The country performs best in the areas of enforcing contracts, with a global rank of 19, and protecting minority investors (26th place).

The Doing Business project covers business regulations for local firms in 190 economies. The 2019 report tracks economic reforms made between June 2, 2017, and May 1, 2018.

During his speech on Saturday, President Erdoğan also mentioned the increasing amount of Turkish investments abroad, which reached $38 billion "thanks to special incentives of our government."

"The total value of projects that Turkish contractors undertake worth $372 billion in 122 countries," Erdogan added. The president stated that international and local investors would prefer to go to southeastern Turkey once it is cleared of terrorists.

"We will see those days. That day when there will be no trace of terror," he added.

Meanwhile, the Turkish economy registered a 7.2 percent growth in the first quarter of 2018 and 5.3 percent in the second quarter. The gross domestic product (GDP) expanded 1.6 percent in the period of July to September.

"PepsiCoʼs investment here in Manisa is a strong answer to the recent smear campaign against the Turkish economy and the business atmosphere in Turkey," the president said.

"I would like to thank the investors and the directors of PepsiCo for this plant," Erdoğan added. Touching upon government assistance to the private sector, the president stated that the support will continue without cease.

"We have always tried our best to support the private sector. And this policy will continue as it is today," he added.

The factory, the cost of which has not been disclosed yet due to official restrictions, is predicted to have been built for over $150 million.

"When the building process of our factory started two years ago, some newspapers predicted the cost as $150 million, which was pretty close. Even though I cannot officially state the exact amount of investment, I can say that it is easily over $100 million," PepsiCo Turkey President Levent Yüksel said in an interview with journalists. 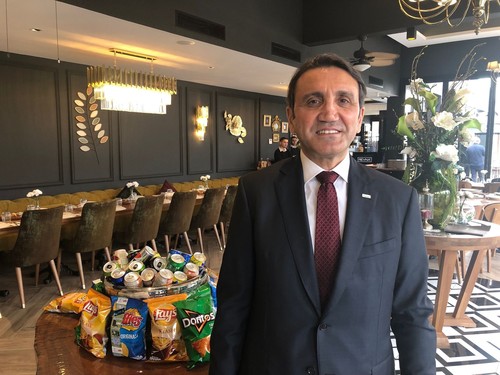 The factory will especially ramp up the production of Pepsiʼs famous snacks. Thirty percent of all Doritoʼs corn chips produced in the newly opened factory will be exported to European markets, Yüksel added.

"By this, we will contribute even more to the Turkish economy," he added.

Saying that the factory will operate in accordance with Industry 4.0 standards, Yüksel also added that embracing new technologies is important both for the company and Turkey.

"Manisa Organized Industrial Zone provides the perfect environment and resources for our new factory. The plant will operate in accordance with Industry 4.0," Yüksel concluded.

President Erdoğan also said later that he expects the company even more speed up the efforts for educational and cultural activities.

* Ed. Elif Erşen from Istanbul contributed to this article.