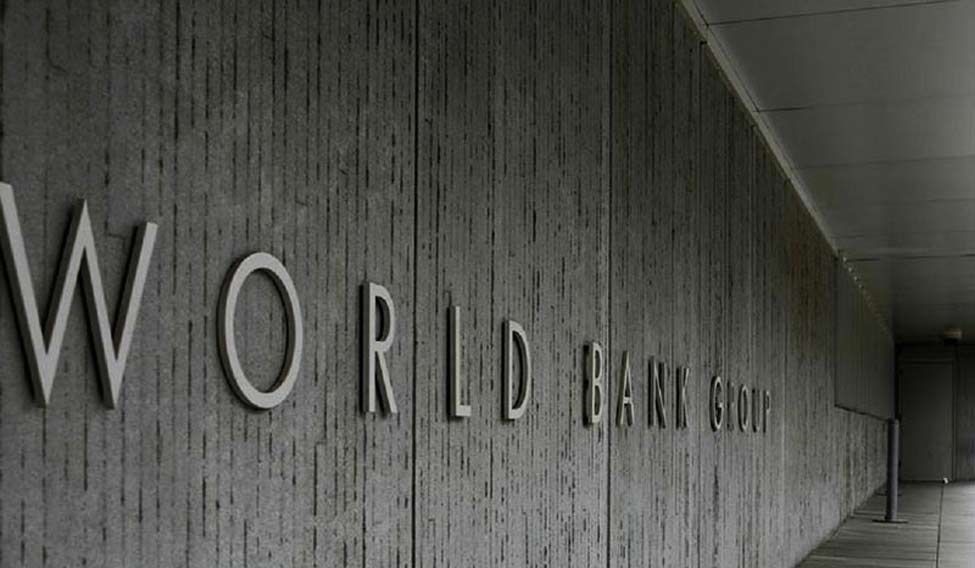 Trade conflict between the world's two largest economic powers is already inflicting collateral damage and threatens to do yet more harm to the global economy, the World Bank warned Tuesday.

The report was markedly more pessimistic than a year ago – when the outlook was for synchronized global growth – and peppered with exhortations to take "urgent," "imperative" or "critical" action.

"In 2017, the global economy was pretty much firing on all cylinders. In 2018, the engines started sputtering."

The growth of the world economy is expected to slow to 2.9 percent this year, and 2.8 percent in 2020, slightly below the previous forecast of 3 percent, and the estimates for nearly all regions and countries were downgraded.

It would be the second straight year of slowing growth: The global economy expanded 3 percent last year and 3.1 percent in 2017.

At the center of the turmoil, U.S. economic growth is expected to slow this year by four-tenths of a point, falling to 2.5 percent down from 2.9 percent in 2018, and to slow even further next year to 1.7 percent.

China's economy is also slowing amid the trade dispute, and growth should slip to 6.2 percent this year and next, versus 6.5 percent in 2018.

The bank upgraded expectations for the Japanese economy, lifting its growth forecast to 0.9 percent, up from 0.8 percent in 2018.

Köse, who heads the World Bank's Development Prospects Group – which twice a year produces the global economic forecasts – said he hoped for a resolution but meanwhile urged governments to prepare for a difficult road ahead.

"Global growth is still robust but whether a storm will hit or it will clear highly depends on how policymakers are going to react," he said.

Though the bank still sees a low probability of recession in the United States, even a small slowdown has an outsized effect. And if the U.S. and China slow by a full percentage point, it will cut global growth by nearly the same amount, with dire consequences for many countries.

"Trade tensions are already affecting activity around the world," Kose said, and it could get worse.

President Donald Trump, declaring that years of U.S. support for free trade had cost America jobs, last year slapped import taxes on foreign dishwashers, solar panels, steel, aluminum and $250 billion in Chinese products. Other countries retaliated with tariffs of their own in disputes that have yet to be resolved.

The exchange of tariffs is taking a toll on world trade. The bank predicts that the growth of world trade will slow to 3.6 percent this year from 3.8 percent in 2018 and 5.4 percent in 2017. Slowing trade is hurting manufacturers around the world.

The report sharply downgraded the growth forecasts for key emerging market economies like Mexico, South Africa and Russia, as well as for crisis-struck countries such as Turkey and Argentina, in addition to Iran and Pakistan, among others. So far India and Indonesia have escaped that fate.

But the U.S. and China together account for about a third of global GDP and 20 percent of global trade.

"How they resolve their differences is going to be very important to how the global economy is going to shape this year," said Köse.

Trade is an engine of growth and has been "a driving force in terms of poverty reduction," he said. "Our hope is that these differences are going to be resolved."

But the sharp decline in global equities markets at the end of last year showed the uncertainty generated by the trade conflict undermines business confidence and slows investment, Köse said.

Looking at the data, "you definitely see that in 2018 manufacturing has slowed; and export orders have slowed."

After rising in 2018, confidence is ebbing and "this is cause for concern."

With growing risks dominating the outlook, the World Bank urged member countries to prepare themselves, with changes in spending, investment and borrowing to establish "policy buffers" against coming headwinds.

"The sense of urgency has to be there," Köse said. "Ultimately a robust policy framework is the most important insurance when you have a slowing economy and rising risks."

That is especially true with rising debt levels, as interest rates are moving higher.

The report highlights with concern a big jump in borrowing by the poorest nations, debt that is increasingly coming from lenders that, unlike the World Bank, do not provide concessional terms.

Rising interest rates are also pinching emerging-market governments and companies that borrowed heavily when rates were ultra-low in the aftermath of the 2007-2009 Great Recession. As the debts roll over, those borrowers have to refinance at higher rates. A rising dollar is also making things harder for emerging-market borrowers who took out loans denominated in the U.S. currency.

"Now debt service is eating into government revenues, making it more difficult (for governments) to fund essential social services," said World Bank CEO Kristalina Georgieva, who will replace bank president Jim Yong Kim on an interim basis when he leaves at the end of January.