Turkey to become 5th largest economy in the world by 2030, Standard Chartered predicts 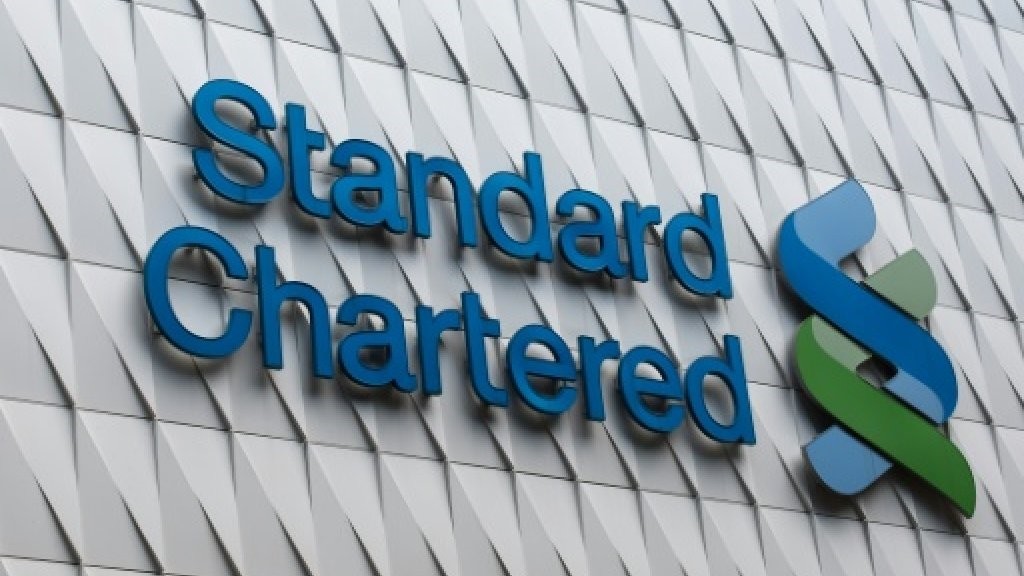 The leading emerging market economies will lead the list of top 10 economies in the world by 2030 with Turkey ranking fifth. The tremendous change in the list will likely be fueled by a growing young population and expanding middle class in these economies

Turkey will surpass Germany, Russia and Japan to become the fifth largest economy in the world by 2030, while China will unsurprisingly emerge as the world's number one economic power by 2020, according to U.K.-based multinational bank Standard Chartered Plc's long-term forecasts.

The projection foresees a major shake-up of the world's current economic order, envisioning seven emerging markets taking over the top 10. The U.K., France and Italy are nowhere to be seen in the select 10.

Using purchasing power parity exchange rates and nominal gross domestic product (GDP), Standard Chartered economists have predicted that India will comfortably take over the U.S. to grab second place, while Indonesia will break into the top 5, just above Turkey by 2030.

"India will likely be the main mover, with its trend growth accelerating to 7.8% by the 2020s partly due to ongoing reforms, including the introduction of a national goods and services tax (GST) and the Indian Bankruptcy Code (IBC)," the report said.

Asia — led by none other than China — will power global growth, and its share of global GDP will match that of the euro area and the U.S. combined, to reach 35% by 2030, the economists project. China will remain no. 1 in the next decade, but its growth will slow to 5% by 2030 as part of the natural slowdown due to the economy's size. 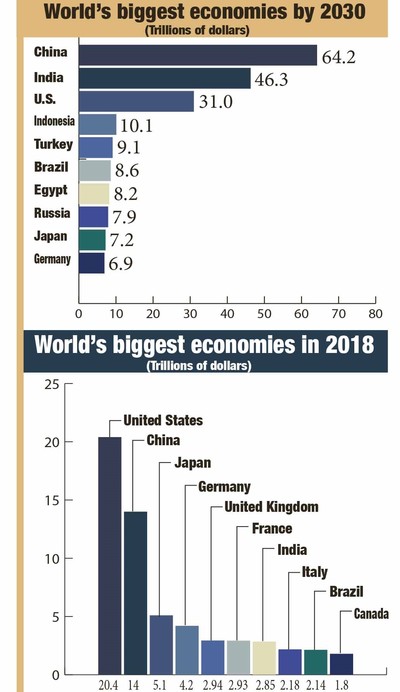 The evolution of global GDP rankings reflects the rise of emerging markets, particularly in Asia.

"Despite the weaker growth performance of several regions, our premise that EM would account for an increasingly dominant share of world GDP has been well founded," the report argued.

"Instead, Asia saw its share of world GDP rise consistently to 28 percent as of 2018 from just 2 percent in 2010 and is likely to reach 35 percent by 2030. Asia's share of world GDP in 2030 will likely match that of the eurozone and the U.S. combined. All other emerging markets are also likely to see their shares of world GDP rise, though at a much more modest rate," the Standard Chartered economist explained in detail.

"Our long-term growth forecasts are underpinned by one key principle: countries' share of world GDP should eventually converge with their share of the world's population, driven by the convergence of per capita GDP between advanced and emerging economies," Standard Chartered economists led by David Mann wrote in the report.

Population a major driver for growth

The report stressed that population aging will have a significant impact on potential growth in both emerging and developed economies for the next several decades.

"Young labor forces in many EM support stronger potential growth, unlike in developed economies. South Asia and the Middle East still have most of their demographic dividend phase ahead," the Standard Chartered report added. A hyper-aged economy is defined if its population over age 65 exceeds 21 percent of the total population. "With the main exception of the U.S., many developed countries will be hyper-aged by 2030," the report predicted.

A majority of the world's population will enter the middle-class income group by 2020. This class' growth, fueled by urbanization and education, will help counter the effects the aging population will have on global growth and many economies, the report adds.

However, it points out that about 100 million new jobs must be created in the manufacturing and service sectors by 2030 to meet the massive employment demand created by such a young demographic.