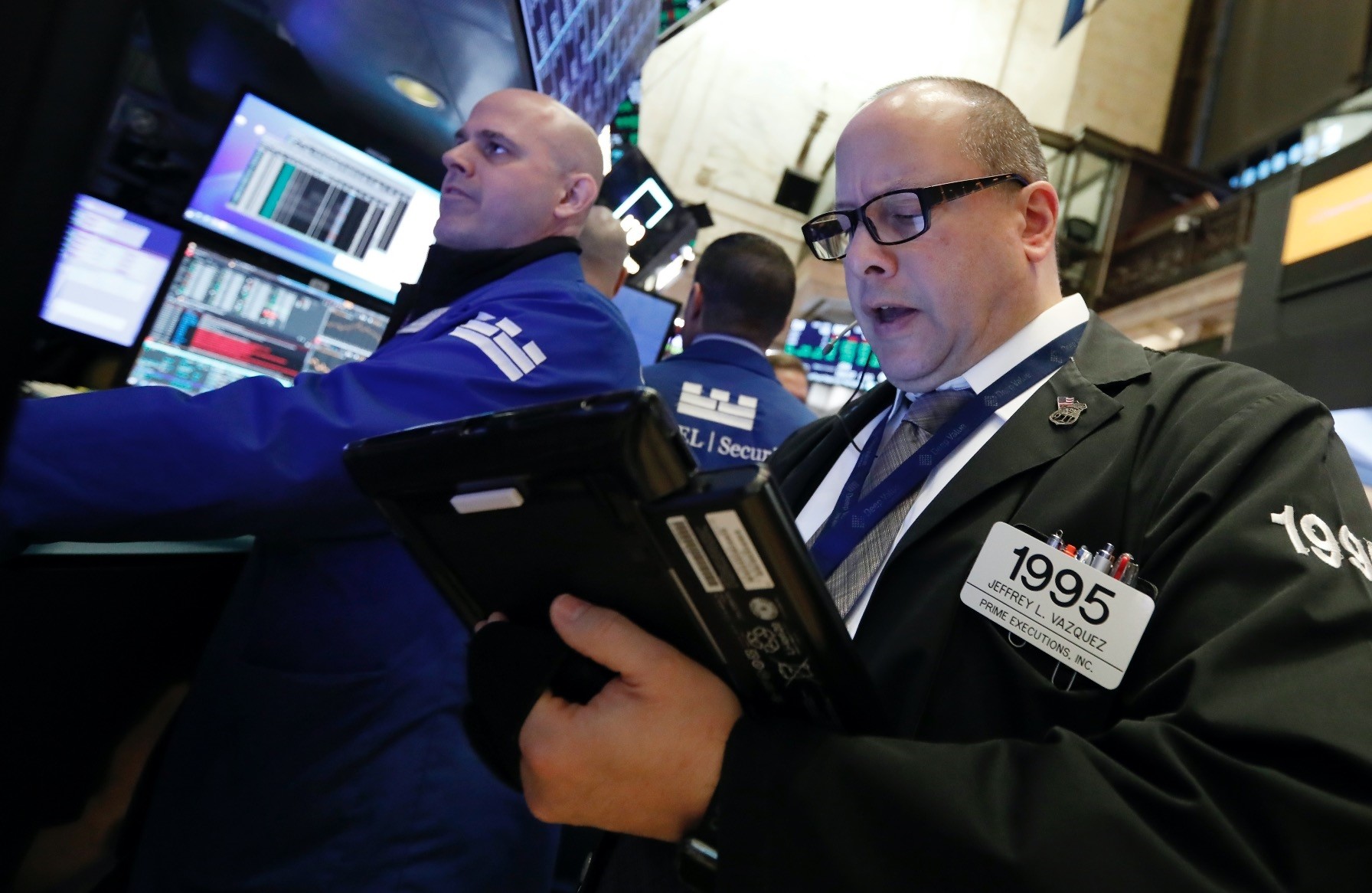 Claiming that the markets experienced the worst in December and having already priced the lower fourth quarter revenues expectations, strategists expect brighter performance on stocks this year

There could well be a silver lining in all the caution around the stock market as the earnings season approaches: Shares do way better when profit expectations have fallen, and lately, they have been falling like a rock.

By at least one measure, this is the most negative analysts have been ahead of a reporting period in nearly four years. Fourth-quarter reports get rolling next week with results from JPMorgan Chase and other big banks.

Recent warnings on the quarter from high-profile companies have had investors bracing for more bad news. Earlier this month, Apple's big cut in its revenue forecast added to fears among some market watchers that a possible 2019 earnings recession - defined as at least two straight quarters of profit declines - may be on the horizon.

With the bar low for companies to beat expectations, stocks could extend recent gains following the S&P 500's worst December performance since the Great Depression.

"One of the key things the December selloff did was it priced a materially reduced set of earnings expectations for 2019. As a result, investors are going to be somewhat forgiving of companies who either miss estimates or are somewhat tentative in their guidance because they are now expecting that," said Lisa Shalett, head of investment and portfolio strategies at Morgan Stanley Wealth Management in New York.

"Any companies that talk about 2019 being just as good as 2018 or even sequentially a lot better are going to constitute an upside surprise," she said.

Case in point: General Motors. GM's shares soared more than 9 percent on Friday after the company said its earnings would top its earlier forecast.

Coming into that surprise announcement, Wall Street's estimates for GM's fourth-quarter profit had fallen by 12 percent since late October and the stock had dropped more than 20 percent over the last year.

While still relatively strong at 14.5 percent, analysts' estimated profit growth for S&P 500 companies in the fourth quarter has fallen sharply since the start of October, when they forecast growth of 20.1 percent, according to IBES data from Refinitiv. For 2019, analysts are expecting profit growth of just 6.4 percent, down from an Oct. 1 estimate of 10.2 percent and a big drop from 2018's tax cut-fueled gain of more than 20 percent.

According to strategists at Bespoke Investment Group, the bar for this earnings season is "extremely low."

Heading into the fourth quarter, Bespoke analysts' earnings revisions for S&P 1500 companies are skewing more negatively ahead of any reporting period since the first quarter of 2015, they wrote in a report on Thursday.

The S&P 500 rallied 2.62 percent in that six-week reporting period, and there have been just four prior earnings seasons since 2009 - when the U.S. bull market began - in which the earnings revisions spread for the S&P 1500 was more negative than it is now, they said.

"Analyst sentiment does not get much more negative than it is now, so if we start to see companies react positively to results early on, it would set the stage for a positive earnings season," the Bespoke strategists wrote.

To be sure, the S&P 500 uncharacteristically declined 5.2 percent in the last earnings period despite negative earnings revisions, according to Bespoke's data.

That "proved to be a major exception" to the trend, they wrote.

Market valuations also have come down substantially. With the S&P 500 now trading near 14.9 times expected earnings, according to Refinitiv data, compared with a multiple of 18 a year ago, market bulls argue that stocks have become undervalued after the recent sharp declines.

Investors also will be listening closely to what executives say about demand in China.

Apple cited slowing iPhone sales in China when it cut its sales forecast for the quarter that ended in December. Comments about China and its trade conflict with the United States are likely to come up in conference calls and could affect investor sentiment, regardless of the earnings numbers.

"The commentary we're going to get on China and trade is going to be potentially pretty bad. It's almost like companies reserving for things that could go wrong in future quarters," said Jonathan Golub, chief U.S. investment strategist at Credit Suisse.

Some strategists said what could make it a successful earnings season from the market's standpoint might simply be any signs that 2019 earnings estimates are stabilizing.

"Just showing that these numbers are not falling off a cliff" will be positive, said Keith Lerner, chief market strategist at SunTrust Advisory Services in Atlanta. "That's what the market was pricing in."