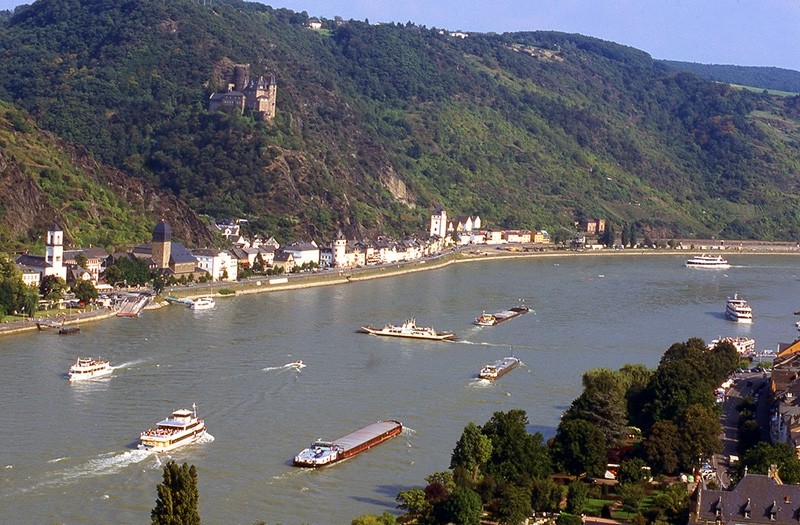 The effects of climate change have negatively affected the traffic on the Rhine, the longest river in Western Europe that serves as a natural highway connecting the continent's industrial heartland with each other and with the world markets.

Rapidly shrinking Alpine glaciers and lack of rain during prolonged summer droughts have led to a significant decrease in the Rhine's two main sources, Bloomberg said in a report Friday.

Wilfried Hagg, a glacier expert at Munich University, stated that the Alps have already lost 28 percent of the ice between 1973 and 2010 according to the latest major study by the Swiss government, and this figure might have reached 35 percent as the Alps are warming in a faster rate.

Especially between Switzerland's main industrial hub and the port city of Basel, where the Rhine changes its course and starts flowing northward, and Rotterdam in the Netherlands, which serves as the biggest port in Europe, the river provides a crucial link to some of the world's largest industrial complexes. However, the article states that at Kaub, a historic German town located on the midway from Basel to Rotterdam, water levels were at 12-year-lows for most of the second half of 2018.

Lower water levels mean that large barges cannot use the river for longer periods, increasing the overall transport costs, since shipping from Rotterdam to Basel provides an advantage of 40 percent in costs compared to rail transport, the German Federal Institute of Hydrology says.

This year, the effect of the Rhine was so grave in Germany that even the growth slowed in the third and fourth quarters in the world's fourth largest economy.

During the summer, some gas stations in the southwestern German state of Baden-Württemberg located in the Upper Rhine could not be supplied for a while. In November, natural gas prices increased 13 percent throughout Europe as coal barges could not reach coal-powered plants.

The world's largest chemical company BASF, which is headquartered in Ludwigshafen, Rhineland-Palatinate and operates the world's largest integrated chemical plant on the western bank of the Rhine, said the overall cost of 2018 dry season was $285 million with its CEO Martin Brudermueller calling for new locks and dams to be built to keep the river navigable in dry season.

Another trademark of German industry, prominent steel maker ThyssenKrupp could not receive raw materials to one of its mills in Duisburg, forcing the company to delay its shipments to customers including automotive giant Volkswagen.

In addition to the industry, tourism was among the hardest hit sectors since the river is frequently used by boats cruising up and down the Rhine for tourists willing to visit castles, vineyards and other sights.