US government shutdown to cost more than Trump’s $5.7B wall by Jan. 25, S&P economist warns 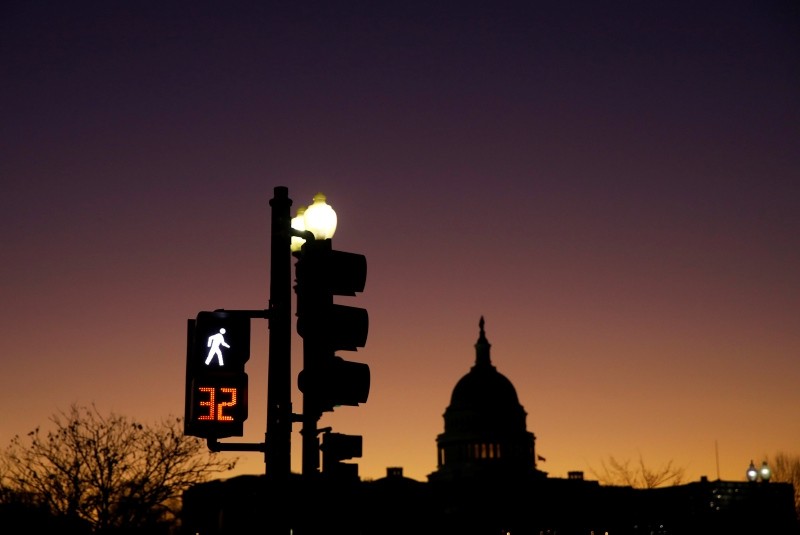 The longest U.S. government shutdown in history is continuing to take a growing bite out of the world's largest economy with each passing day, and by Friday January 25 it will cost more than the $5.7 billion Trump wanted for his border wall which prompted the partial closure, a top economist has warned.

With the shutdown entering day 32, Trump's threat to keep the government closed will cost the U.S. economy in excess of $6 billion by the end of the week, S&P Global has predicted.

In a research note published on January 11, Beth Ann Bovino, the chief U.S. economist at S&P Global Ratings, estimated that with about a quarter of the federal workforce affected, the shutdown is squeezing an estimated $1.2 billion each week out of the economy, and warned that this figure could rapidly grow if the shutdown drags on.

"That may seem like pennies for the world's biggest economy, but it means a lot to those workers trying to cover their household costs without their paychecks," she said.

"It's not a hard stretch to say that initially it's smaller and then it expands, the pain starts to widen," Bovino told AFP. "Think of it as a butterfly effect."

Many Wall Street economists have expressed similar fears, with some expecting to reach the $5.7 billion figure much sooner due to this effect.

The shutdown began on Dec. 22 after Congress did not follow through on Trump's request for $5.7 billion to help build a new barrier along the U.S.-Mexico border. Chances of funding the border wall became even more remote when Democrats, who are largely opposed to a wall, took control of the U.S. House of Representatives in November's midterm elections.

"Half a billion dollars a day"

While most of the 21 "lapses" in government spending since 1976 left barely a scratch on U.S. economic growth, the length of this shutdown makes it harder to say just how bad the impact could get.

And GDP growth lost in one quarter can rebound in the next as the government springs back to life and workers recoup lost salaries. But some losses can never be recovered.

In myriad but often unseen ways, the $4 trillion federal budget is felt in the daily lives of all Americans, well beyond the 800,000 government workers now going without pay — many of whom missed their first paychecks in early January.

Switching off even a part of the government means that life force quickly begins to bleed away.

And as the past has shown, it costs a lot more to close the government than keep it open — at least $12 million more an hour, which is a very conservative estimate. Democratic presidential candidate John Delaney also voiced similar figures.

Hurting the poorest most

Tourism at the country's 400 national parks normally generates a reported $18 million a day, but with some parks unattended and many services halted, local restaurants, hotels and shops are losing customers.

Government assistance to feed the poorest Americans is funded through next month only.

None of this includes the hardships felt by the 380,000 federal workers who have been furloughed or the 420,000 who are deemed "essential" but are working without pay.

They owe an estimated $438 million a month in rent and mortgage payments, according to the real estate firm Zillow.

Around the Washington region, home to about 20 percent of the federal work force, restaurants are sitting empty, taxis are idled and traffic increasingly moves with eerie ease along the capital's choked boulevards.

Economic research on the last major shutdown in October 2013 found many federal workers were largely able to avoid sinking into debt — delaying mortgage payments and shifting balances between credit cards.

But that shutdown lasted for barely two weeks, which was just one pay cycle, and lawmakers at the time had quickly promised workers would receive back pay.

"It's possible that the effects will be greater for this shutdown," University of Chicago economist Constantine Yannelis, who studied the 2013 shutdown said.

"The longer a shutdown lasts, the more persistent a change in habits you could see."