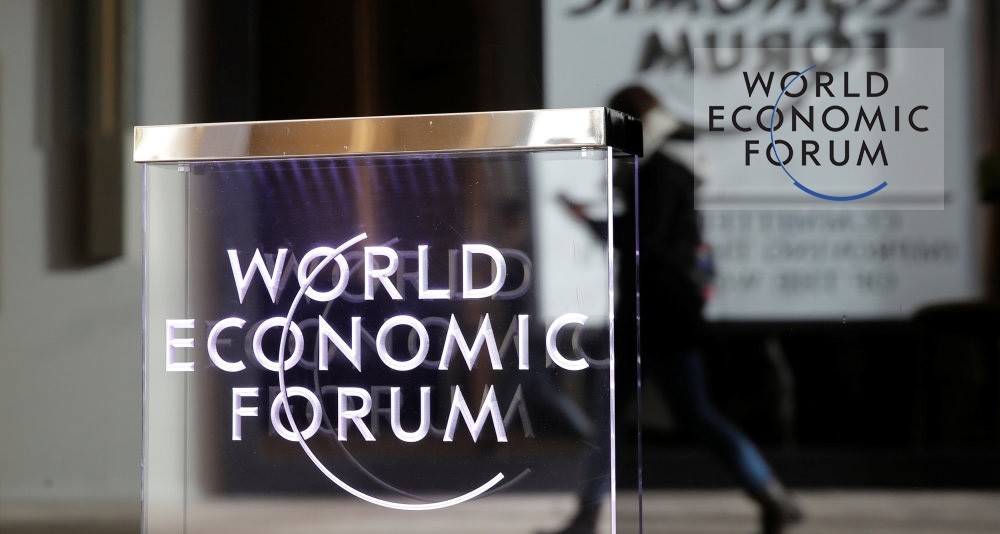 In today's world when climate change crises, outbreaks of trade wars, the Brexit gridlock, large-scale cyberattacks and much more send shock waves around the globe, the World Economic Forum, which started today, looks to discuss ways of redefining ‘globalization' at the backstop of Industry 4.0

The Fourth Industrial Revolution, often called Industry 4.0, has already been set into motion. Poised to fuse industrial production with the state-of-the-art technology, it is more than a buzzword. Certainly the digitization of manufacturing has by now arrived in no small measure. However, Industry 4.0 is still a vision that requires a significant investment of time, some say over two decades, for it to turn into a reality.

The Fourth Industrial Revolution's (4IR) building blocks such as cyber-physical systems, artificial intelligence, the Internet of Systems and the internet of things, cloud computing are already in use in the manufacturing process today. But Industry 4.0 will be fully realized only when the human intervention required between the stages of those blocks is removed. Before the reality sets in, the new world it will create has become a global topic of interest as the Fourth Industrial Revolution will affect almost every other reality.

To delve into the repercussions of 4IR in the redefinition of "globalization" in political, economic, and ecological scales, the World Economic Forum (WEF) started today in the Swiss mountain town of Davos. The annual meeting will run for four days until Friday under the theme of "Globalization 4.0: Shaping a Global Architecture in the Age of the Fourth Industrial Revolution."

A defining word for 4IR, "interconnectedness" will similarly characterize the forum. More than 300 cabinet ministers, almost 70 head of states, CEOs, academics and media experts will be connecting during the annual meeting.

"Globalization is a fact," Professor Klaus Schwab, founder and executive chairman of the WEF, said at the pre-annual meeting of the event. "It will increase because in such a world our interdependence will increase."

For Schwab, "Globalization 4.0 has only just begun, but we are already vastly underprepared for it." This year's forum, thus, aims to serve as a thorough preparation for Globalization 4.0. In welcoming the new epoch, the degrees of global integration will be handled during 600 sessions, as of today, under the impact of Industry 4.0.

Risks that grab the globe by the leg

Days before Davosians gathered, the WEF released the annual Global Risks Report to highlight several top risks for 2019. Warning "a period of divergence following a period of globalization," the report says the climate change crisis tops the list of dangers facing the world economy. "Of all risks, it is in relation to the environment that the world is most clearly sleepwalking into catastrophe," said the report. It was just last Sunday morning when U.S. President Donald Trump again confused the weather with climate change and suggested on Twitter that it "wouldn't be bad to have a little of that good old fashioned Global Warming right now" amid forecasts of snow and cold in the eastern half of the U.S., which is facing a major winter storm.

However, the report shows that the climate change crisis is no joke or a flight of imagination. Threats of such a catastrophe will be felt more in the coming days especially when rapidly growing coastal cities, particularly in Asia, are making people more vulnerable to climate change, as the report shows. Speaking of Asia, China's trade wars with the U.S., apart from other trade conflicts the rest of the globe has been facing, will dominate the WEF's sessions. Despite how committed the Davos meetings look in producing a guiding solution to the recent trade war between the two big economic powers, interconnecting the duo seems impossible, at least during the forum. Donald Trump announced that he will not be attending the forum, citing the ongoing U.S. government shutdown last Thursday. What's worse is that he canceled the entire White House delegation's visit to Davos, including Treasury Secretary Steven Mnuchin, Secretary of State Mike Pompeo, the Secretary of Commerce Wilbur Ross, and the U.S. Trade Representative Robert Lighthizer, on the same grounds. It seems that only one side of the trade war, China will have a say in the forum as Wang Qishan, the vice president of China, will be giving a special address on the scale of the damage of the war on China's economy, thus in a way on the globe as well. Apparently, the U.S. has opted to stay isolated once again on a diplomatic scale, while such a high-level meeting will host 40 heads of international organizations, over 300 cabinet-level ministers and 65 heads of state.

The word "damage," by the way, will probably remind many readers of the Brexit drama, which will also be a much-discussed issue at the WEF. U.K. Prime Minister Theresa May will not be in attendance given that she has an onerous burden to shoulder - the famous divorce proceeding with the European Union. For Børge Brende, president of the WEF, "slowing global growth, climate change, inequalities, the results of the Fourth Industrial Revolution; all these challenges are so big that can only be solved through cooperation." Discussing the potential impacts of Britain's divorce from the bloc, no matter if will happen or not, on a global scale is rather meaningful especially now, when the WEF is trying to connect many sides of the world.

The WEF sticks to "global dialogue" with sessions subsumed under geopolitics, the future of the economy, financial and monetary systems, industry systems, technology policies, risk resilience peace and reconciliation. It is for sure that the four-day meeting will produce answers to many questions, if not all, regarding the approaching reality of Globalization 4.0. But still, cooperation remains a hard task to accomplish when the world is increasingly exposed to isolationism and the rise of nationalism.