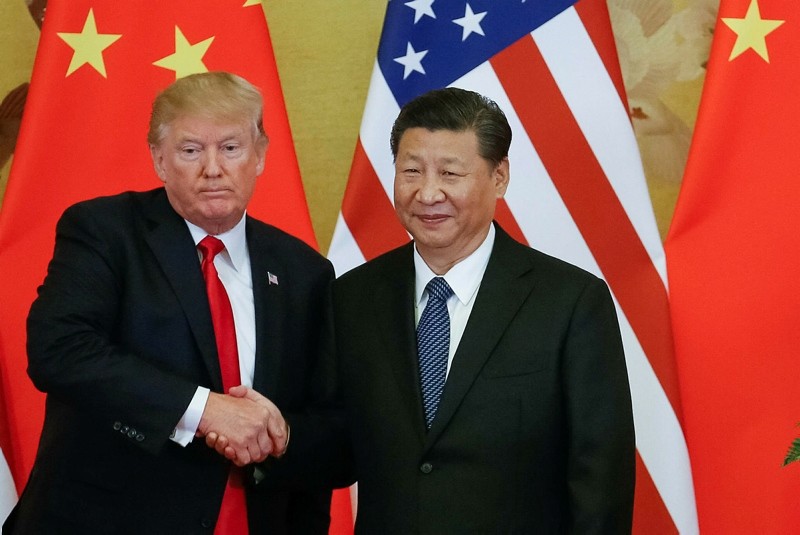 | File Photo
by Compiled from Wire Services Feb 08, 2019 12:52 am
U.S. President Donald Trump said Thursday he does not expect to meet his Chinese counterpart Xi Jinping before a March 1 deadline in trade war negotiations between the two economic superpowers.

"Not yet," Trump told reporters at the White House when asked if a meeting had been arranged for within the next month.

Asked if a meeting could happen before March 1, he said: "No."

Trump has said that final resolution of the trade dispute would depend on him and Xi meeting "in the near future." There had been speculation that Trump might meet the Chinese leader after he flies to Vietnam in late February for a summit with North Korea's Kim Jong Un.

The United States has threatened to more than double existing tariffs on Chinese goods at the start of March if there is no agreement on measures to reform China's trade practices, which Washington says are deeply unfair.

Trump has said a comprehensive agreement is unlikely to be inked until he meets with his Chinese counterpart. Trump and Xi last met in December in Argentina.

Last week, Trump and Chinese officials had expressed optimism during the second round of talks in Washington about chances of striking a bargain but they released few details about progress in their talks.

The two sides have three weeks before U.S. duty rates on many Chinese goods are due to jump sharply, which economists say could further weaken the global economy.