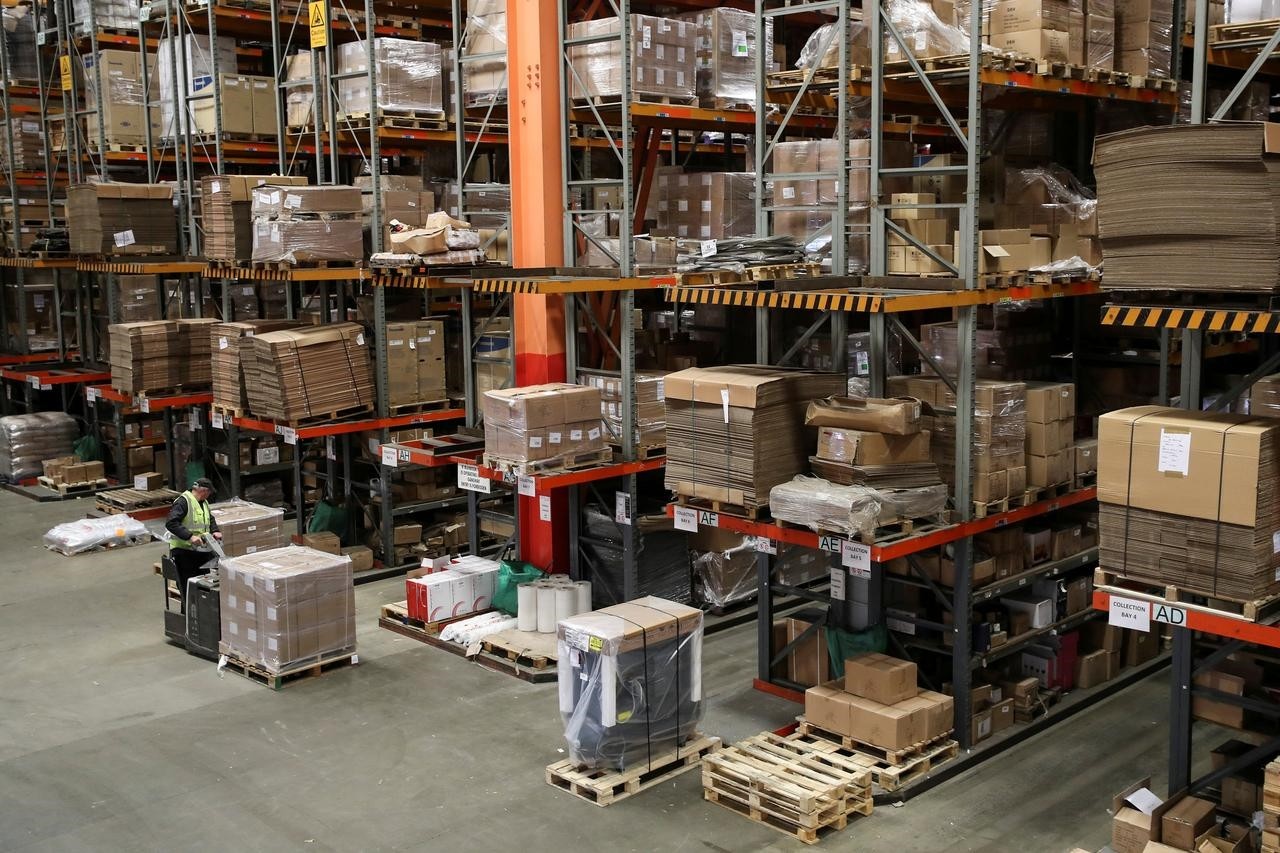 Mounting uncertainty over Brexit is weighing heavily on the British economy, which slowed last year to its weakest growth rate since the aftermath of the global financial crisis, official figures showed Monday.

The Office for National Statistics said that the British economy grew by a quarterly rate of only 0.2 percent during the fourth quarter, down from the 0.6 percent tick recorded in the previous three-month period. Output actually fell in the month of December, by 0.4 percent from November, though monthly data are known to be volatile.

For 2018 as a whole, the economy grew by 1.4 percent, its lowest rate since 2009, when it contracted by 4.2 percent in the wake of the global financial crisis that had brought much of the world's banking system to its knees.

Statisticians did not directly blame Brexit for the slowdown but there is plenty of evidence showing that the uncertainties relating to the country's departure from the European Union are weighing heavily on economic activity, particularly on business investment. In the fourth quarter, business investment fell by 1.4 percent for the fourth straight quarterly decline — the first time that has happened since the financial crisis.

With less than 50 days to go to Brexit day on March 29, firms have no idea what the country's new trading relationship with the EU will look like, so they're taking a safety-first approach.

Ben Brettell, senior economist at Hargreaves Lansdown, notes that business investment is "the most Brexit-sensitive element" of the British economy.

The statistics agency's head of GDP figures, Rob Kent-Smith, said the slowdown in the last three months of the year was particularly "steep" in car manufacturing and steel production, offset by continued growth in the services sector, which makes up around 80 percent of the British economy

Brexit isn't solely to blame for the slowdown. Trade tensions between the U.S. and China and volatility in financial markets have weighed on global growth. And many of Britain's main trading partners in Europe, such as Germany and Italy, have witnessed a slowdown.

But Britain is generally faring worse than most developed economies and the main reason is Brexit.

"There's little doubt Brexit uncertainty is responsible for the disappointing numbers, though concerns over global trade will also have played a part," said Brettell.

While the British economy largely held up better than expected in the immediate aftermath of the June 2016 vote to leave the European Union, firms are getting edgier as Brexit day draws nearer. And there is no sign that the uncertainty, described as the "fog of Brexit" by the Bank of England, is going to lift anytime soon, so the economy is not expected to have improved in the first quarter of this year.

Prime Minister Theresa May is struggling to salvage the Brexit deal she agreed on with the EU late last year after it was overwhelmingly rejected by British lawmakers. She's trying to eke out concessions from the EU, particularly on a controversial provision intended to make sure no hard border returns between EU member Ireland and Northern Ireland, which is part of the United Kingdom.

It's unclear she will be able to get any concessions and fears have grown in recent weeks that Britain could crash out of the EU without a deal, a worst-case scenario that the Bank of England has previously said could see the British economy shrink by 8 percent within months and house prices collapse by around a third.

Analysts were careful not to conclude from the fourth-quarter figures that Britain is heading for a fall in output in the first quarter of 2019, not least because British consumer spending tends to be resilient.

"Today's data bring clear signs that Brexit uncertainty is depressing the economy, but we would not rush to conclude yet that GDP is on track to fall outright in the first quarter," said Samuel Tombs, chief U.K. economist at Pantheon Macroeconomics.

"Solid growth in households' spending, thanks to low inflation and robust labor income growth, should keep GDP on a slightly rising path."