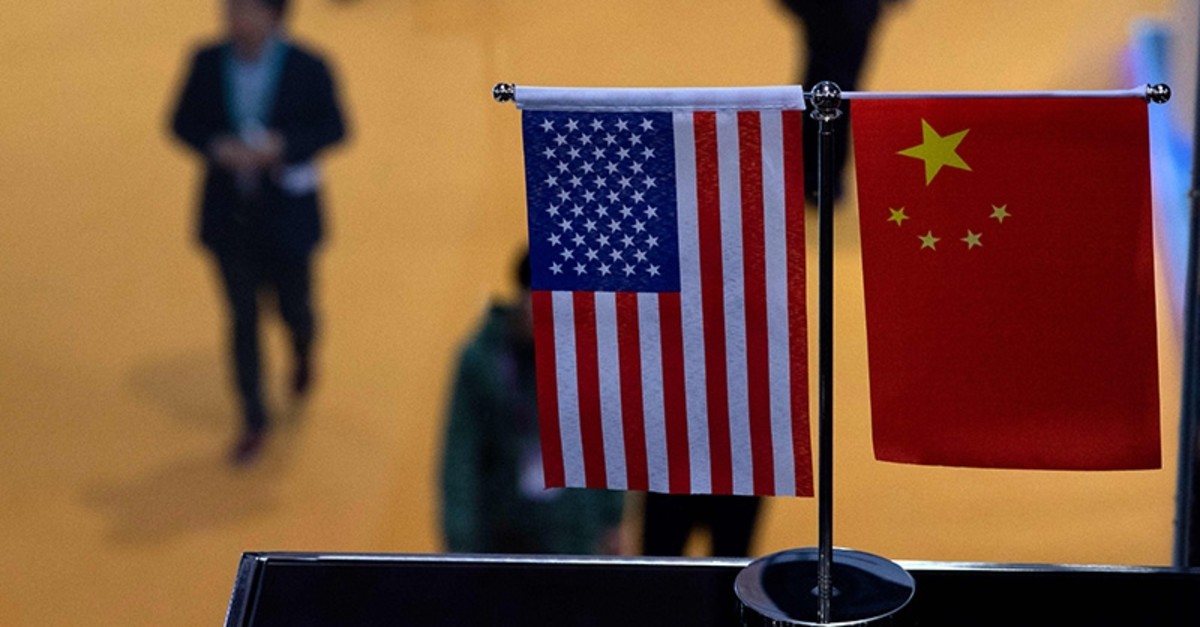 In this file photo taken on Nov. 6, 2018, a Chinese and U.S. flag are displayed at a booth during the first China International Import Expo (CIIE) in Shanghai. (AFP Photo)
by Compiled from Wire Services Feb 25, 2019 10:32 am

China's stock markets surged by more than 5 percent on Monday after U.S. President Donald Trump said he would delay an increase in tariffs on Chinese goods following "substantial progress" in trade talks.

Optimism over the negotiations had already provided support to global equities, spurring a rally in January and February, but the president's comments gave extra ammunition to investors to ramp up buying.

The news also fired currency markets with the yuan extending gains to a seven-month high, while other high-yielding, riskier units were also up against the dollar.

Trump tweeted Sunday that there had been "productive talks," adding that "I will be delaying the U.S. increase in tariffs now scheduled for March 1."

Trump says that if negotiations progress, he will meet with Chinese President Xi Jinping at his Florida resort to finalize an agreement.

U.S. and Chinese negotiators met through the weekend as they seek to resolve a trade war that's rattled financial markets.

Trump had warned he would escalate the tariffs he has imposed on $200 billion in Chinese imports, from 10 to 25 percent, if the two sides failed to reach a deal. But he signaled flexibility in recent days.

The gains in Asia followed another positive lead from Wall Street, where the Dow enjoyed its ninth straight weekly gain -- the longest streak since May 1995.

"This is a sigh of relief," said Ben Emons, managing director for global macro strategy at Medley Global Advisors. "Markets will still keep a level of caution, but this news is encouraging," he told Bloomberg TV.

The upbeat sentiment lifted high-risk currencies, with the yuan hitting its highest level against the dollar since July, while South Korea's won, the Australian dollar and the Indonesia rupiah were also well up.

Forex traders will be closely watching speeches this week from top Federal Reserve officials -- including chairman Jerome Powell's appearance in front of lawmakers -- hoping for clues about the bank's monetary policy plans.

Wall Street "will be looking for soothing comments about the future size of the balance sheet -- the bigger the better -- and insights into future rate hikes", said Jeffrey Halley, senior market analyst at OANDA.