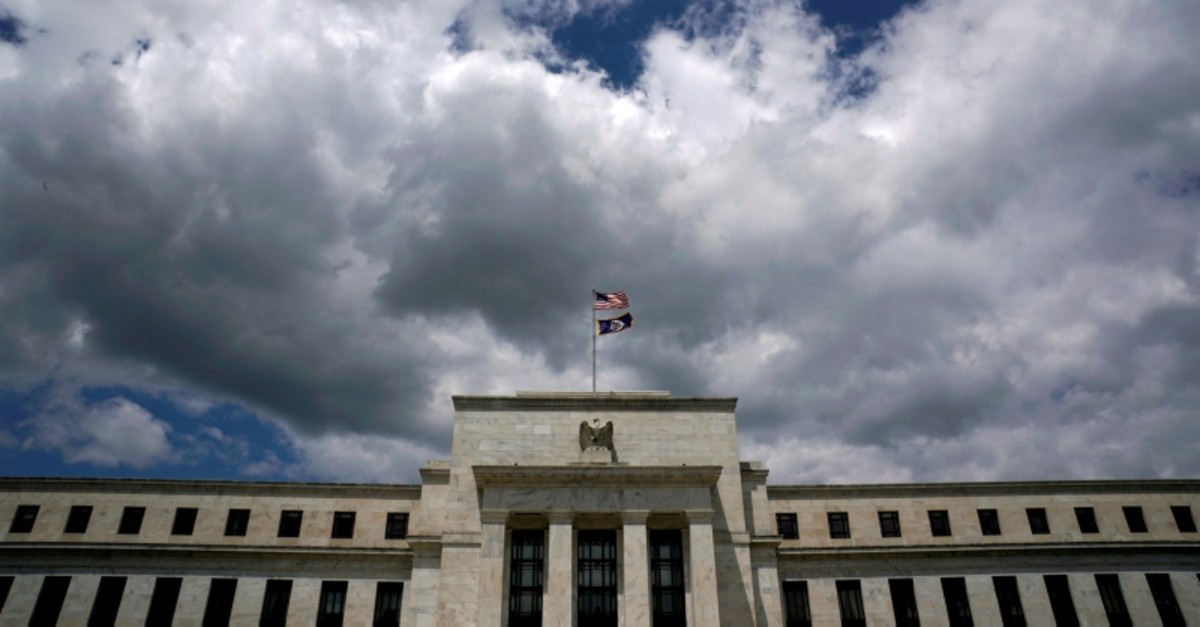 Federal Reserve Chairman Jerome Powell told Congress on Tuesday the U.S. economy should keep expanding at a solid, though somewhat slower pace this year. But he warned of growing risks, including a global slowdown, volatile financial markets and uncertainty about U.S. trade policy.

In delivering the Fed's semiannual monetary report to Congress, Powell said the Fed will be "patient" in determining when to boost its benchmark policy rate in light of the various "crosscurrents and conflicting signals."

The Fed in December indicated it could hike rates two times this year. But many private economists believe the Fed will keep rates unchanged until late this year and may not hike at all.

Andrew Hunter, senior U.S. economist at Capital Economics, said he believes a slowing economy will prompt the Fed to leave rates unchanged this year and to start cutting them next year.

"We think the Fed is already done hiking rates," he said. "We expect a further slowdown over the course of this year to convince the Fed to begin cutting rates by early 2020."

In his testimony, Powell said that the economy grew at a strong pace last year, with employment and inflation remaining close to the Fed's goals. He said it appeared that overall growth was slightly below 3 percent in 2018. The Fed expects 2019 growth to slow somewhat.

He said that while the 35-day partial government shutdown "created significant hardship for government workers and many others, the negative effects on the economy are expected to be fairly modest and to largely unwind over the next several months."

Powell cited a number of factors that could slow growth have emerged in recent months.

He noted that growth has slowed in major foreign economies, including China and Europe, and "uncertainty is elevated" around major policy issues such as Brexit, Britain's proposed exit from the European Union, and ongoing U.S. trade negotiations with various countries.

Amid the risks, Powell said that the solid increase in the past year in the proportion of Americans working or looking for work was very encouraging. Despite the progress, the labor force participation rate remains lower in the United States than most other wealthy nations, he said.

Powell blamed a lack of job skills and education for the discrepancy in the U.S. participation rates compared to other countries. But Massachusetts Sen. Elizabeth Warren, who is running for the Democratic presidential nomination, called out "child care," a reference to economic research that suggests many women have dropped out of the workforce because of the high cost of child care.

Powell's Senate testimony will be followed by an appearance Wednesday before the House Financial Services Committee.

At its last meeting in January, the Fed left rates unchanged at a level of 2.25 percent to 2.5 percent and signaled a major pivot away from steadily raising rates by declaring that it intended to be "patient" in determining when to move rates again.

The Fed's decision triggered a big rally in stock prices as investors grew less concerned that the Fed could over-do its tightening cycle and push the country into a recession.

The Fed raised rates four times in 2018. Its December rate hike, along with a forecast of two more hikes in 2019, sent the market down sharply as investors worried that the central bank was in danger of over-doing its credit tightening and could end up sending the country into a recession.

As the stock market began tumbling last October, President Donald Trump increased his attacks on the central bank, calling the Fed's rate hikes his biggest threat and saying that the central bank should not be raising rates at all because there was no threat of inflation.