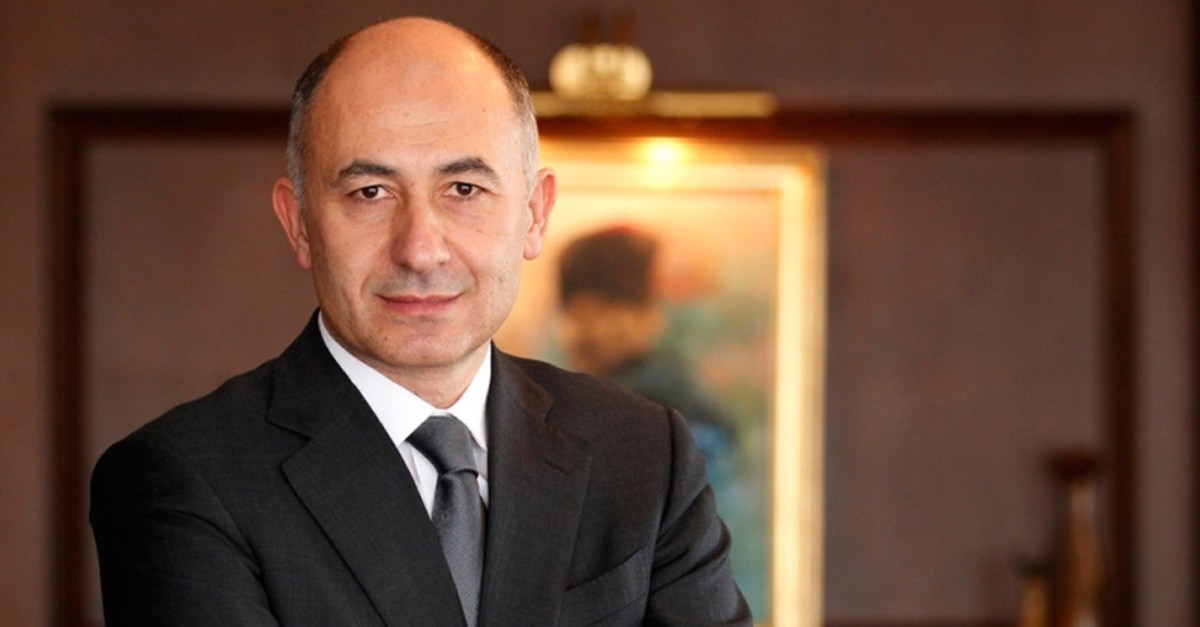 The five-year reign of Turkey's richest man has come to an end as Forbes Turkey announced its top 100 richest people, which this year included fewer billionaires out of a 119-person list worth just below $100 billion.

Last year's runner-up Erman Ilıcak, the chairman of Turkish construction giant Rönesans, claimed the top spot from business magnate Murat Ülker with a personal wealth worth $3.8 billion. Ilıcak became the sixth person to have claimed the richest person title on Forbes' annual list, which was released for the 14th time. Erol Sabancı, Hüsnü Özyeğin, Mehmet Emin Karamehmet and Ferit Şahenk were some of the top names in past Forbes lists. Compared to last year, Ilıcak only shed some $200 million from his personal wealth.

Yıldız Holding chairman Ülker, the owner of the largest food company in Central and Eastern Europe, Middle East, and Africa who was also frequently cited last year in the business media for its loan restructuring efforts after a long expansion, acquisition and investment streak, followed Ilıcak with only a $100 million gap at $3.7 billion personal wealth. Ülker had topped the list in 2018 with his $4.8 billion fortune.

Finance mogul Özyeğin, the chairman of FIBA and FINA holdings with $2.1 billion personal wealth, shared the third spot with Osman Kibar, the founder and CEO of U.S.-based biotech firm Samumed. Kibar, the namesake grandson of a renowned mayor from western Turkey's Izmir in the 1960s, founded Samumed as a Pfizer incubator in 2008.

In addition to Kibar, five other billionaires, namely Melih Abdulhayoğlu, Suat Günsel, Hamdi Ulukaya and Eren-Fatih Özmen, made their fortunes completely abroad. The top 10 names also have one thing in common: they all have companies based abroad and have foreign currency revenues.

In 2019, 11 people made it on the Forbes top 100 for the first time while three people who were delisted in previous editions re-climbed to the top. These names include the heirs of ENKA Construction boss Şarık Tara and Demirören Holding Chairman Erdoğan Demirören, who both passed away last year. Esra Koç, 22, and Aylin Koç, 18, both fourth generation members of the Koç family that controls Turkey's largest conglomerate and the daughters of late Chairman Mustafa Koç who passed away in 2016, made it to the top 100 for the first time this year and became the youngest names to be featured so far.

Semahat Arsel, another member of the Koç family, was ranked as the richest woman on the list with estimated $2 billion personal wealth.

The number of women in the list rose from 21 to 28, while their share in overall wealth also increased from 17.6 to 19.7 percent.

The number of billionaires decreased from 40 in 2018 to 29, whom will also be featured in the Forbes global billionaires list to be revealed next week.

Forbes Editor-in-Chief Burçak Güven said that this year's list was a long-awaited one due to currency fluctuations in Turkey in the second half of 2018 and political and financial crises in the region, Europe and throughout the world. She explained that the overall wealth drop in the list was $21.5 billion and 101 people out of the total 119 had witnessed decreases in their wealth.

"However, the details of the list tell us that the business world showed good resistance to this overall tough environment, firmly held their ground, managed to create new markets and areas of business and in brief succeeded to take precautions to reduce these risks and continued on its path in this turbulent period," Güven said.

Forbes Billionaires ranks individuals rather than large, multi-generational families who share large fortunes. In some cases the magazine lists siblings together if the ownership breakdown among them isn't clear.