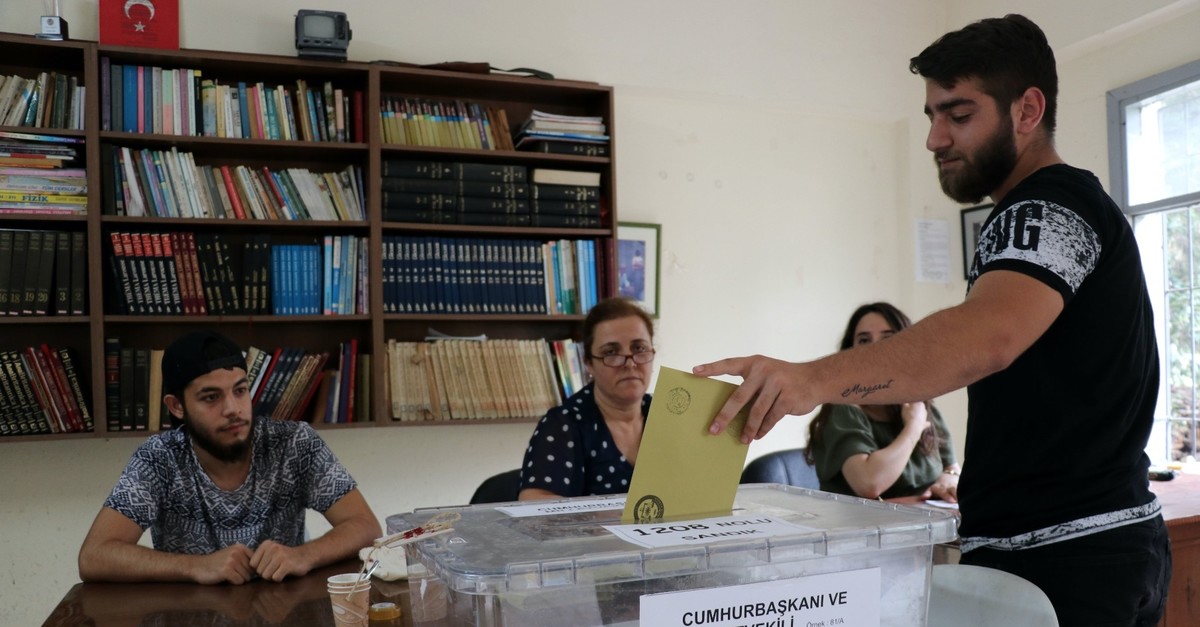 The growth story of the Turkish economy over the last 16 years has been, not unexceptionally, the most debated subject of every election held in this period. Like anywhere else in the world, economic performance has been a significant variable in Turkish voting behavior, for which the benefits of a sustainably expanding economy are a conventional determinant. With the March 31 municipal elections drawing closer, the economic development story over the last 16 years as well as in the last six months particularly bears watching. The rebalancing period in Turkish economic activity, coupled with declining global economic performance, is again at the center of electoral discussions.

The nearing municipal elections this month are no exception to the common trend of an electoral debate: Where is the economy headed? While the opposition brings up economic developments in every debate – as they have so far in every election since 2002, when the Justice and Development Party (AK Party) took power, the ruling party managed to turn around the 12 elections held in the last 16 years with a victory margin. This framework inevitably raises the following question: Even in times of economic slowdown like in 2009, how did the AK Party manage to secure wins in so many elections?

One possible answer to that question lies in a closer look at the relative performance of the Turkish economy to its top five export markets or among the G20 countries and the members of the Organization for the Economic Co-operation and Development (OECD).

A new study by professor Selim Erdem Aytaç of Koç University reveals that voters care about domestic and cross-national references in evaluating the economic performance of incumbent politicians.

Historical comparisons and comparisons of the economic performance with other countries – say its top export markets – prove helpful to make sense of the economy-related outcomes of the ballot box. In other words, gross domestic product (GDP) growth by itself might not explain the electoral effects of the economy since we do not have a proper comparative framework.

As an illustration, before France's presidential run-off in 2012, the two candidates, incumbent Nicolas Sarkozy and Socialist challenger Francois Hollande, appeared on television. Sarkozy answered questions about his competence in managing the economy by stressing the positive economic performance of France compared to other European and OECD countries.

In the same way, President Recep Tayyip Erdoğan's statements regarding his domestic achievements in terms of growing the economy and taming inflation since the AK Party came to power in November 2002 and his remarks about the global financial crisis of 2008-09 would only slightly touch the Turkish economy highlight the relative importance of economic growth on the AK Party's vote share.

"Turkey's economy is in a much better situation than the global average, especially Europe, despite the many risks around. Our country is geographically proximate to many crisis regions in the Middle East, North Africa, the Caucasus and the Black Sea. All developments in our neighbors Syria and Iraq directly affect us," he had said during a rally before the 2011 elections.

Only two years before the 2011 elections out of which the AK Party emerged triumphant with 49.8 percent of the total votes, the Turkish economy contracted by 4.7 percent in the aftermath of the global financial meltdown of 2008. In the 2009 local elections, however, the AK Party collected 38.3 percent of a total of 48 million votes.

Voting in times of recession

To assess the impact of the economy on Erdoğan's electoral outcomes over the years, it is important to look at Turkey's relative economic growth, which always posted positive values, after the AK Party came to power. Although the global financial crisis in 2008 and 2009 yielded the worst economic growth during an AK Party government, the Turkish economy still saw a better outcome relative to target countries. The growth of Turkey's top five main export partners – Germany, Iraq, the U.K., Italy and France – averaged 0.4 percent between 2007 and 2011 as opposed to the 1.5 percent average gross domestic product (GDP) expansion of the Turkish economy in the said period. These figures earned Turkey a margin of 1.3 percent in relative growth.

During the June 2018 presidential and parliamentary elections, which resulted in the election of Erdoğan with 52.6 percent and the AK Party earning 42.56 percent of the total vote, the issue of economic growth was the most highlighted point in debates.

In 2016, the Turkish economy hit a low after the coup attempt of July 15 and registered 3.2 percent in GDP growth; yet, 2017 was a brighter year for accelerating investments, government incentives and inflowing foreign direct investment (FDI). As a result, a high growth of 7.4 percent was achieved. This economic performance continued in the first half 2018. The first quarter of last year recorded a GDP growth of 7.4 percent and 5.2 percent in the second quarter.

Only 15 days ahead of the June 24 elections last year, the first quarter economic growth data was announced and Erdoğan immediately hailed the results, particularly pointing out the comparatively high performance of the Turkish economy vis-à-vis G20 and OECD countries. "The Turkish economy expanded 7.4 percent in the first quarter of this year. It came first among OECD members and ranks second in G20 countries. Turkey continues to be one of the fastest-growing economics in the world," the president said on his official Twitter account.

At every rally and meeting ahead of the last year's elections, the president elaborated on the performance of the Turkish economy over the past 16 years. "Turkey has set a global model

with its economic performance over the last 16 years. We have enabled our country to record a more than a threefold growth in this period and bring it a step closer to the league of developed countries," he said during at a meeting with businesspeople.

From a standpoint of electoral behavior, Turkish voters pay particular attention to how the AK Party handled the economy, even in recession periods like 2009. Moreover, arguments claiming that the Turkish economy is growing faster than its international benchmark group have been perceived by voters as a good sign regarding the incumbent politicians' performance. This picture more or less explains why the historical and relative explanation of the Turkish economy's growth trajectory is the most-utilized election campaign point.