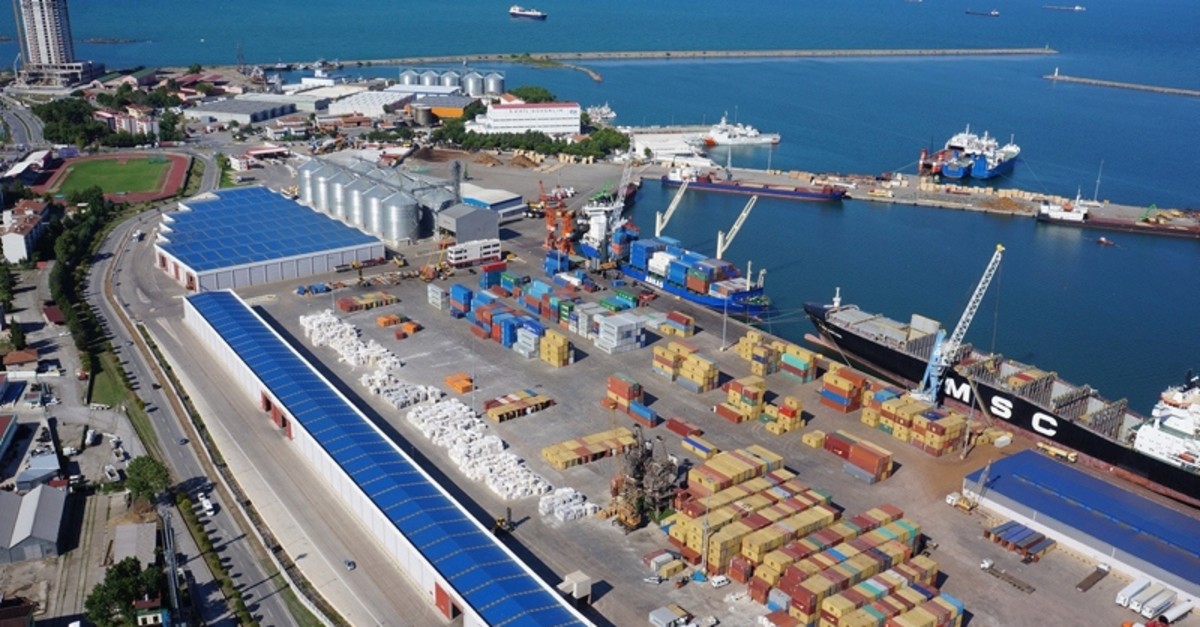 The sustainable increase in Turkish exports continued in February with a 3.4 percent monthly rise. The sales of goods to target markets like India and Mexico also recorded substantial growth last month

The upward trend in Turkish exports was not an exception last month, and the exporters recorded the highest February figures ever, according to the data of the Turkish Exporters' Assembly.

The country's imports last month based on the general trade system fell 18.7 percent to hit some $16.2 billion, she added. ÖTS-based imports also fell by 16.6 percent to $15.8 billion.

"Thus, our exports in the first two months of this year rose 5 percent while imports slipped $23.1 billion [on a yearly basis]," Pekcan said.

The ratio formed on special trade system also increased from 69.4 percent to 86.1 percent last month, according to the ministry.

The ministry formerly announced figures based on the special trade system.

The general trade system is a wider concept, including customs warehouses, all types of 21 free zones located in the country, free circulation area and premises for inward processing.

Pekcan drew attention to the decreasing need for financing and said: "We reckon that foreign trade will continue to lower the financing needs from abroad this year. The narrowing trade deficit yielded a $6.6 billion contribution in January and $4.2 billion in February." According to these figures, Turkey's need to finance its trade deficit decreased by $10.8 billion in the first two months of the year.

On a sectoral basis, the automotive industry came first with an export value of $2.5 billion in February. Turkey's export champion industry was followed by chemicals, which generated $1.6 billion and the textile and garment sector with $1.4 billion. The highest sectoral increase was seen in the shipping and yacht sector, whose exports rose by 35.4 percent. The exports of manufacturing goods reached $11.1 billion. These exports accounted for 81.3 percent of Turkey's total exports last year.

Exports to European Union up 2.3 percent

Pekcan stressed that Germany, the U.K. and Italy were the top three destinations for Turkish exports in February. The sale of goods to the European Union (EU) was recorded a 2.3 percent rise and reached $7.3 billion, the minister explained. The share of the EU in Turkish exports totaled 51.7 percent.

Meanwhile, Spain and the U.S. ranked fourth and fifth, respectively, in the top export markets list of February. Strikingly, exports to Malta rose by 18 times and exports to Niger and Gabon tripled.

The trade minister also shared the figures related to Turkey's target markets. She underscored that exports to India rose by 20.7 percent, while the sales of goods to Russia registered a 6 percent surge. Turkey's exports to the Latin American country Mexico soared 12.8 percent.