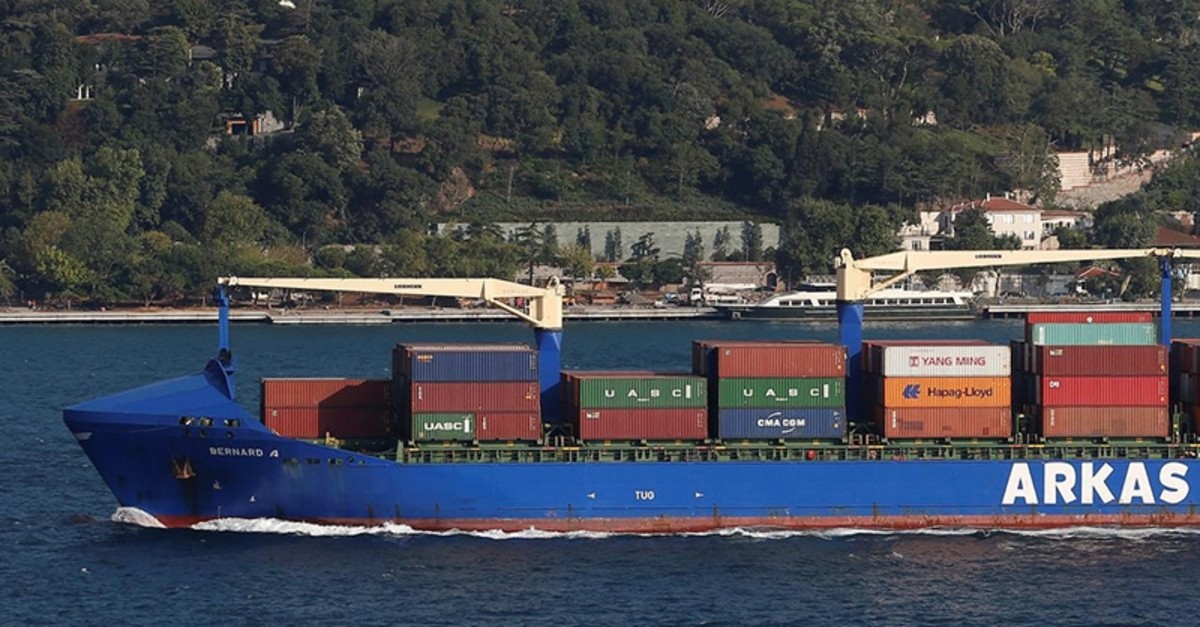 Turkish-flagged container ship Bernard A of Arkas Holding sails in the Bosphorus, on its way to the Black Sea, in Istanbul, Turkey July 24, 2018 (Reuters File Photo)
by Daily Sabah with Agencies Mar 05, 2019 12:00 am

Turkey's trade minister criticized the U.S. decision to end the preferential trade program with Turkey for being inconsistent with the two countries' aim to increase annual bilateral trade to $75 billion and negatively affecting small and medium-sized enterprises and manufacturers in the U.S.

Ruhsar Pekcan tweeted on Tuesday that Turkey intends to press ahead with efforts to reach the target "without losing any momentum."

The U.S. Trade Representative's office announced Monday that Washington intends to scrap the preferential trade status granted to India and Turkey, saying "they no longer comply with the statutory eligibility criteria."

The program allows certain products from developing countries to enter the U.S. duty-free. Turkey was designated as a beneficiary in 1975.

Pekcan noted that Turkey was the fifth largest supplier to the U.S. with a share of 8.2 percent in that period, with exports amounting to $1.74 billion.

"Following the monitoring process going on since last August, the U.S. government officially declared that it will terminate GSP designations for Turkey and India," she said.

"Unfortunately, this decision conflicts with our mutual objective of reaching a bilateral trade volume of $75 billion, that had been announced by both governments," Pekcan said.

The Trade minister noted that the decision would also negatively affect small and medium-sized enterprises and manufacturers in the U.S.

"We still would like to pursue our target of increasing our bilateral trade with the U.S. that we see as our strategic partner, without losing any momentum," she added.

Turkey was designated as a program beneficiary in 1975, and the trade representative's office pointed to a number of advancing economic metrics in establishing its determination.