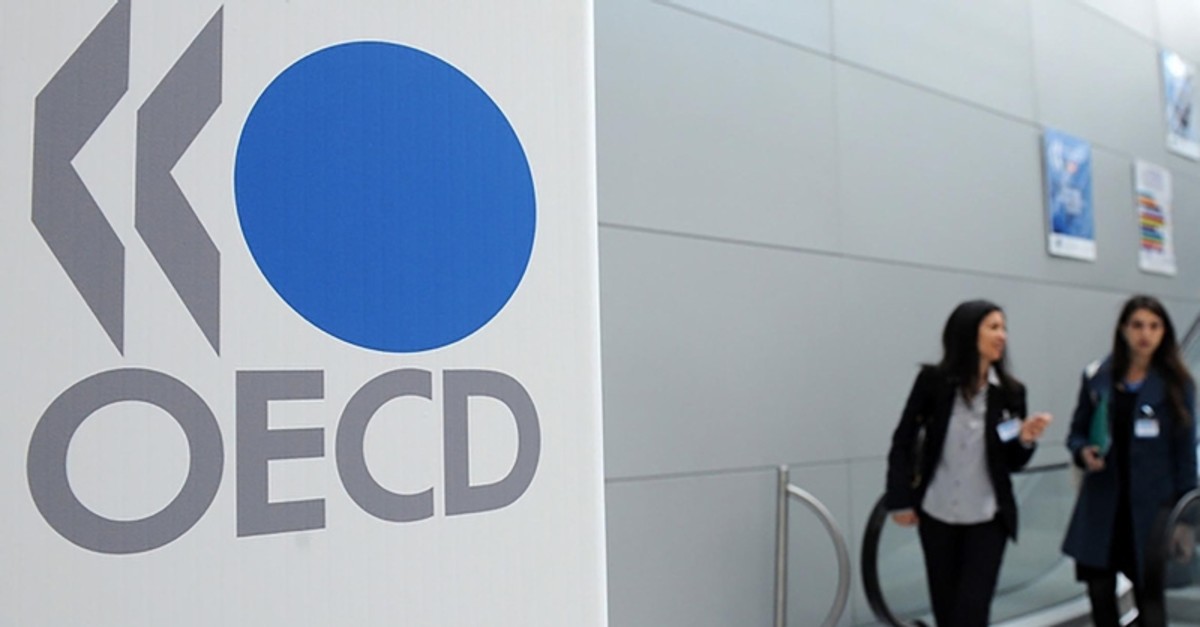 Trade tensions and political uncertainty including Brexit are weighing on the world's economy, the OECD warned Wednesday as it again cut its 2019 forecast for global economic growth.

The Organisation for Economic Co-operation and Development lowered its forecast to 3.3 percent for this year, down from the 3.5 percent it predicted in November, which was itself a downgrade from a previous 3.7 percent. That would be a slowdown from last year's 3.6 percent.

"High policy uncertainty, ongoing trade tensions, and a further erosion of business and consumer confidence are all contributing to the slowdown," the OECD said in an interim version of its Economic Outlook.

The OECD, which groups the world's top developed economies, revised growth estimates lower in almost all of the countries in the G20 group of industrialized and emerging nations.

The U.S. forecast was trimmed 0.1 percentage points to a still-robust 2.6 percent.

The 19-nation eurozone was particularly hard hit, with predicted growth dropping from 1.8 percent to one percent.

The growth forecast for European powerhouse Germany sank to 0.7 percent from 1.4, while Italy's fell from 0.9 percent growth into a recession at -0.2 percent.

The OECD said the sharp downturn in the two countries reflected "their relatively high exposures to the global trade slowdown compared with that of France", which slipped from 1.5 percent to 1.3.

"Substantial policy uncertainty remains in Europe, including over Brexit. A disorderly exit would raise the costs for European economies substantially," the OECD said.

Britain's growth forecast was chopped from 1.4 to 0.8 percent, which would mark the first time it had fallen below one percent since 2009 following the global economic crisis.

However the OECD emphasized that even this projection was based on the assumption of a smooth Brexit.

If Britain crashes out of the European Union without a deal on future economic relations, the OECD said its outlook would be "significantly weaker."

With just 23 days remaining before the scheduled Brexit date March 29, the latest round of talks between Britain and the EU aimed at getting their deal through the British parliament ended on Tuesday.

On Wednesday, chief EU negotiator Michel Barnier said "no solution" had been found to break the deadlock.

The OECD warned that a disorderly no-deal Brexit would likely pitch Britain into a recession and the knock-on effects could spill over into Europe and beyond.

"OECD analysis suggests that the increase in tariffs between the two economies as a result of WTO rules coming into effect would reduce GDP by around two percent (relative to baseline) in the United Kingdom in the next two years."

"Although contingency measures to soften the impact of a no-deal outcome are being taken by both sides, UK-EU separation without an agreement would still be a major adverse shock for Europe and possibly elsewhere in the world".

Meanwhile, trade restrictions imposed last year -- notably by the United States and China -- are "a drag on growth, investment and living standards, particularly for low-income households," the OECD said.

The world's two biggest economies are pursuing trade negotiations, but the OECD warned that other risks remain even if they do reach a deal, including potential US tariffs on European car imports.

"This would hit Europe particularly, where motor vehicle exports represent around one-tenth of total EU merchandise exports to the United States," it said.

Growth in China, which faces an economic slowdown, was revised down slightly to 6.2 percent from 6.3 percent for this year and was steady at six percent for 2020.

But the OECD warned that "a sharper slowdown in China would hit growth and trade prospects around the world".

"A sharper slowdown in any of the major regions could derail activity worldwide, especially if it spills over to financial markets," Boone added in a statement.