US decision to remove Turkey from GSP contradicts $75B trade target 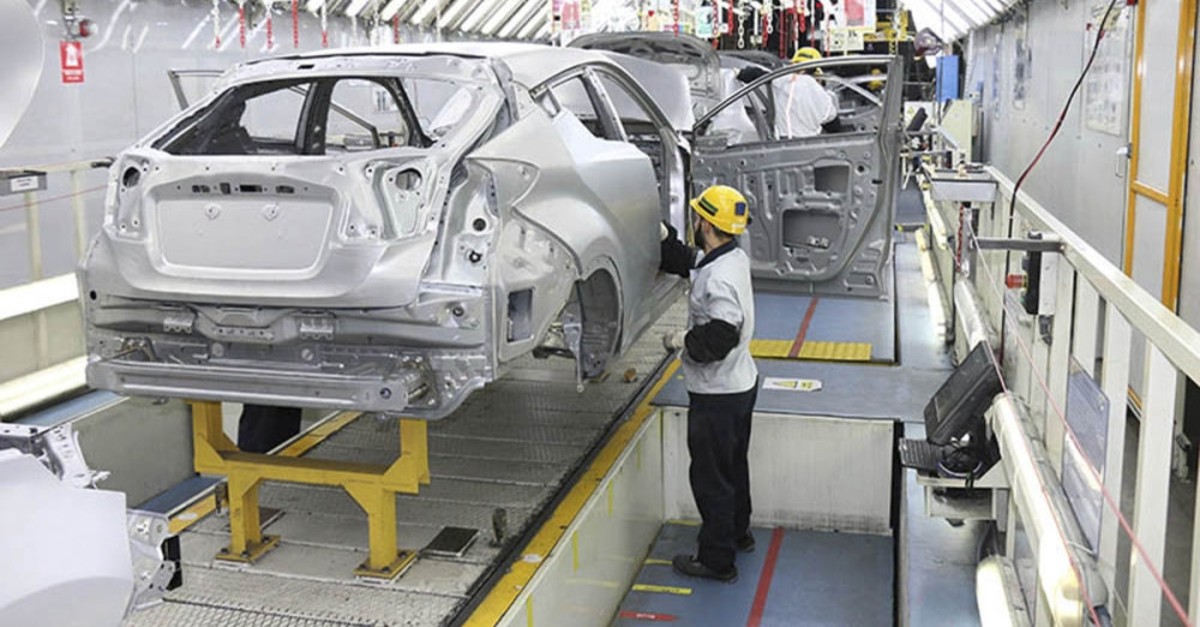 In 2018, Turkey exported $1.1 billion worth of vehicles and auto parts under the GSP program, including Japanese automaker Toyota's C-HR model manufactured in the company's plant in the industrial Turkish province of Sakarya.
by Daily Sabah Mar 06, 2019 12:14 am

In response to Washington's move to ‘graduate' Turkey from the generalized preferential system program for trade, Ankara drew attention to the contradictory nature of the decision, pointing to the recent mutual resolution to raise bilateral trade to $75 billion

An increase of Turkey-U.S. trade volume, currently standing close to $21 billion, to $75 billion has been one of the most discussed topics in the recent phone calls between President Recep Tayyip Erdoğan and U.S. President Donald Trump. In line with that target, Turkish and American businesspeople have already begun working on plans for a free trade agreement. While efforts continue in trying to accomplish this trade goal, U.S. Trade Representative Robert Lighthizer announced on Monday that President Trump intends to terminate Turkey's designation as a beneficiary developing country under the Generalized System of Preferences (GSP) along with India, citing the countries' economically developed status.

"An increase in Gross National Income (GNI) per capita, declining poverty rates and export diversification, by trading partner and by sector, are evidence of Turkey's higher level of economic development," the statement said. Trade Minister Ruhsar Pekcan criticized the move on her official Twitter account and highlighted that removal of Turkey from the GSP program is contradictory to the target of $75 billion in bilateral trade, a mutually agreed goal. "We still would like to pursue our target of increasing our bilateral trade with the U.S. who we see as our strategic partner, without losing any momentum," she said and added, "This decision will also create repercussions for small and medium-sized enterprises [SMEs] in the U.S."

In August 2018 the U.S. started the process of reviewing Turkey's beneficiary status in the GSP program, following Turkey's decision to increase tariffs on some U.S.-made products.

In August 2018 the U.S. Trade Representative's (USTR) office said the review could affect $1.66 billion worth of Turkish imports into the U.S. that benefited from the GSP program last year.

Removing Turkey from the program would not take effect for at least 60 days after notifications to Congress and the Turkish government, and it will be enacted by a presidential proclamation, the USTR said. Trump notified Congress in a letter on Monday.

Trade Minister Pekcan explained that U.S. imports from Turkey within the framework of the GSP program in the period of January-November 2018 totaled $1.74 billion, accounting for 8.2 percent of the U.S.' total GSP imports recorded at $20.9 billion. The leading GSP import categories were vehicles and vehicle parts, jewelry and precious metals, and stone articles, the website said.

Minister Pekcan also stressed that the $1.74 billion GSP exports constitute only 19 percent of Turkey's total exports to the U.S., recorded nearly at $9 billion last year. The "graduation" of Turkey from the program – as the office of the U.S. Trade Representative put it – means that Turkish exporters will have to pay an extra $63 million in import tariffs. "These extra tariffs will also negatively impact American SMEs, as much as they will affect Turkish exporters, because the quality of the Turkish products and their competitive prices are globally recognized. We will continue to work raising exports to the U.S." Pekcan said.

Washington's move is not surprising given the Trump administration's policy to renegotiate almost every trade deal the U.S. has with trade blocs or countries. For instance, President Trump withdrew his country from his predecessor Barack Obama's landmark deal, the Trans-Pacific Partnership (TPP) or his revising of the North American Free Trade Agreement (NAFTA) with Canada and Mexico. As part his efforts to revise existing trade agreements, the U.S. administration is now running trade talks with China – which have been following a fluctuating course until now.

Turkey is one of 120 countries that participate in the GSP, the oldest and largest U.S. trade preference program since 1975. Under the GSP program, certain products can enter the U.S. duty-free if beneficiary developing countries meet the eligibility criteria established by Congress. Around 3,193 products enter the American market without customs.

India was the largest beneficiary of the system, with it covering roughly $5.69 billion in imports, according to a report issued by the Congressional Research Service in January.

A source from the Turkish automotive industry told Reuters yesterday that Turkey's automotive exports to the United States will not be significantly impacted by a planned move by Washington to end preferential trade.

Last year, Turkey exported $1.1 billion worth of vehicles and auto parts under the GSP program, the source said, adding that without the GSP treatment, these autos and parts will be subject to a 2.5 percent customs tax. Fiat's Doblo model and Toyota's C-HR model are manufactured in Turkey and exported to the U.S.

The reason the U.S. intends to terminate Turkey's designation as a beneficiary developing country under the GSP scheme was explained in a separate letter by U.S. President Trump saying, "I am taking this step because I think that Turkey should not be on the list of developing countries benefiting from GSP based on its level of economic development." Highlighting that reduced poverty, increase in annual per capita income and imports, and sectors in Turkey are the signs of improved trade, Trump further said in his letter that thanks to its advanced economy and mutual agreements, Turkey has reached the level of other developed countries, passing through the GSP programs of other countries as well.

Akat stated that the U.S.' intention to remove Turkey from the GSP program will cost the automotive spare part sector a 4.5 percent tax increase. Recalling that last year 25 percent additional customs duty was imposed on the iron and steel sector in August, Akat said an additional increase of 3.7 percent will be in question with this development which will be reflected as an increase of 2 percent in the jewelry industry, 4 percent in imitation jewelry, 4.5 in the plastic sector, and 3.9 percent in the rubber sector.

"Another important point is that the Turkish textile and apparel sector will not be exposed to any additional tax increases since it is not already covered by the GSP system, just like the processed agricultural products sector," he continued.