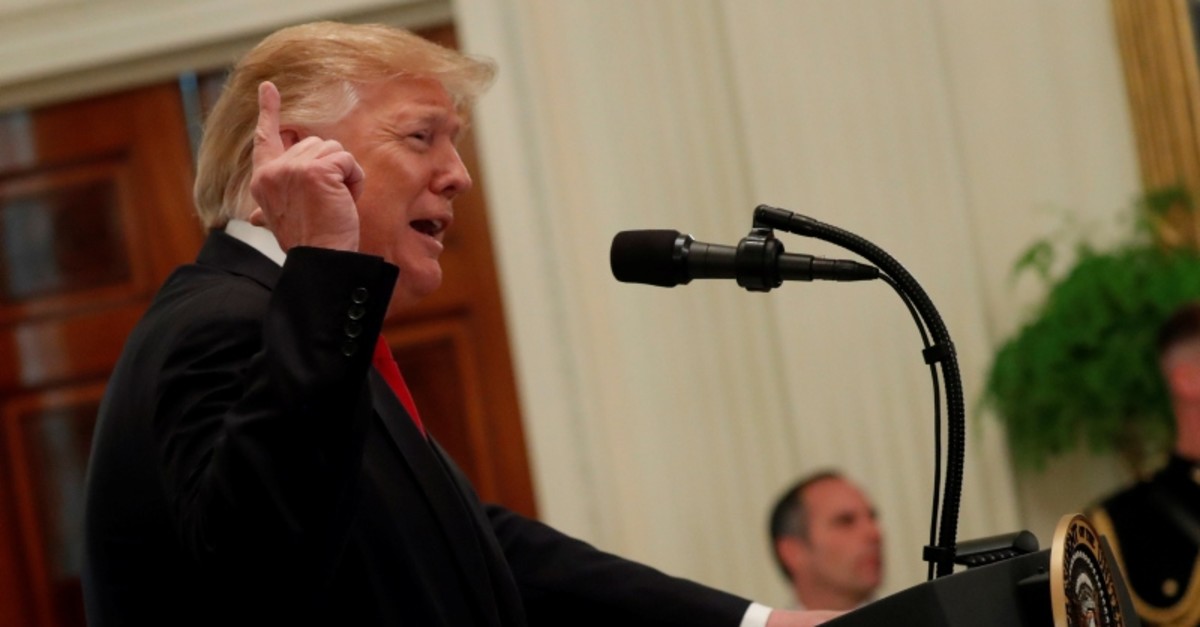 President Donald Trump says if the U.S. gets a trade deal with China, tariffs could stay in place for some time to ensure Beijing "lives by the deal."

Trump said Wednesday the White House was discussing keeping tariffs for a "substantial period of time," adding that China has had "problems living by certain deals."

Trump said administration officials are set to visit China for more negotiations, declaring the deal is "coming along nicely."

Washington and Beijing are battling over the final shape of an agreement that both sides have said they would like to reach, with American officials demanding profound changes to Chinese industrial policy.

American officials have also insisted that any agreement have teeth — including the ability to impose tariffs unilaterally should China begin backsliding on any commitments to end alleged unfair trade practices.

Over the last eight months, the United States and China have slapped tariffs on more than $360 billion in two-way goods trade, weighing on the manufacturing sectors in both countries.

On Friday, China's rubber-stamp parliament approved a foreign investment law to strengthen protections for intellectual property — a central US grievance — but critics said the bill was rammed through without sufficient time for input from businesses.

China has expressed willingness to increase purchases of American commodities such as energy and soybeans but analysts say they will be reluctant to accede to American demands in ways that could weaken the communist party's hold on power -- such as fully exposing state enterprises to market forces.