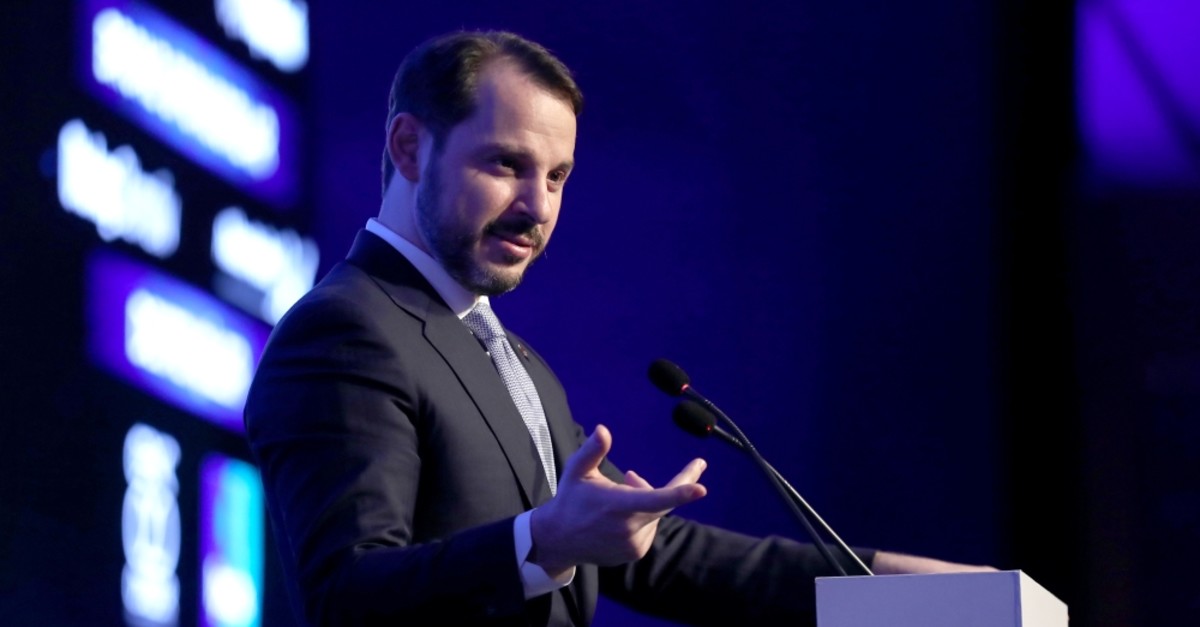 Turkey will deliver a stronger economic performance this year as signs for a positive trend have already started to be seen in the rising consumer confidence index in March, Treasury and Finance Minister Berat Albayrak said Thursday. Consumer confidence in the economy surged in March, the Turkish Statistical Institute (TurkStat) announced Thursday. On a monthly basis, the consumer confidence index climbed 2.7 percent to stand at 59.4 this month. The index value is jointly calculated by TurkStat and the central bank through measurement of consumer tendencies. Last month, the figure was 57.8, down 0.7 percent from 58.2 in January.

During his speech at the automotive congress held by Automotive Dealers Association (OYDER), Minister Albayrak drew attention to the steps taken to mitigate the inflationary pressures since the launch of full-scale fight against inflation program in October.

"The Turkish economy has directed toward a quick recovery path in terms of current account balance, fiscal discipline, inflation and interest rates," he said. Minister Albayrak also emphasized that the economy will see inflation dropping to single digits around September.

"With seasonal conditions supporting food production, structural steps we will take to eliminate rigidities in prices and most importantly the impact of base effect, inflation will fall to single digits around September," he said.

The Turkish economy has been tackling high inflation for the last year. Consumer prices peaked in October and hit 25.24 percent. In February this year, inflation fell below the 20 percent threshold for the first time since September.

Turkey saw an annual rise of 19.67 percent in consumer prices in February, according to TurkStat. Last month, annual inflation went down 0.68 percentage points from 20.35 percent in January.

In Turkey's New Economic Program (NEP) announced in September 2018, the country's inflation rate target is 15.9 percent this year, 9.8 percent next year and 6.0 percent in 2021.

In January, the Central Bank of the Republic of Turkey (CBRT) revised its year-end inflation forecast, dropping to 14.6 percent from 15.2 percent. Over the last decade, annual inflation saw its lowest level at 3.99 percent in March 2011, while it peaked at 25.24 percent in October 2018.

Minister Albayrak explained that Turkey is entering a period of current surplus in the summer months due to tourism and agriculture, which will be moved to better points with positive developments in the real sector. Recalling the contraction that stemmed from the banks' credit calls in October, November and December stopped with steps taken in January, February and March, Albayrak said they took many steps in the short term to reduce the fragility of the economy.

Treasury and Finance Minister Albayrak said following the extension of the excise tax and value-added tax (VAT) discount until June 30, the VAT dispute in second-hand automotive sector was also resolved.

Albayrak underlined that Turkey has been going through a very historic period, with especially the Turkish economy passing a significant test in the meantime.

"With the new presidential system, which started after June 24, 2018, we have shown a strong reflex. We passed a very important test in the six-month period by managing the perception side very well," he continued.

Pointing to the continuous increase in the confidence index, Albayrak said they have put a significant fight against inflation, which has an impact on the positive process in the market and the most severe point in the Turkish economy.

"We have taken very important steps in the scope of the all-out fight against inflation. Today, unlike the expectations of many economists, and domestic and foreign investors, we have entered a much stronger normalization process," he added.