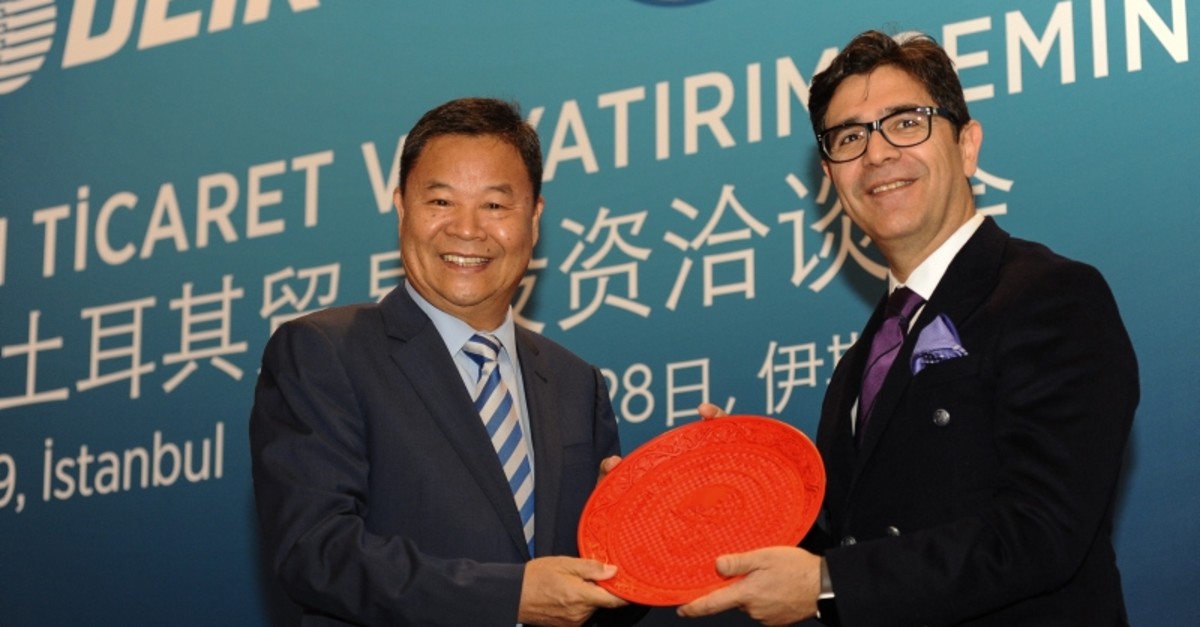 Turkish and Chinese businesspeople came together at a seminar in Istanbul on Thursday to discuss ways of increasing bilateral trade and investment. Having enjoyed an upward trend in their bilateral economic ties in recent years, the two countries are committed to further improving current potential, particularly in investment. Namely, China is looking to double its investments in Turkey to $6 billion by 2021 according to Deng Li, the country's ambassador to Ankara.

The multibillion-dollar project was launched by Chinese President Xi Jinping in 2013 to jointly build the Silk Road Economic Belt and the 21st Century Maritime Silk Road and connect China to Central Asia and Europe, an area spanning more than 65 countries.

Addressing the Turkey-China Trade and Investment Seminar on Thursday, Deng said the project has contributed to the development of cooperation in many areas between Turkey and China.

Chinese companies have made some important investments in the infrastructure sector in Turkey in the last couple of years, according to Deng. "China's investment in Turkey currently stands at $2.8 billion. The number of Chinese personnel in Turkey is around 8,000. The sectors we are interested in for investments are expanding. For instance, a company from our Jiangsu province has just recently invested in a textile factory in Turkey. The exchange of views between China and Turkey on finance, energy and other issues continue. Trade relations between the two countries will develop faster in a short time. One of our main objectives is for the volume of Chinese investments to Turkey to reach $6 billion by 2021," he added.

"We aim to double the number of tourists coming from China to Turkey by 2021. That is why, for Chinese tourists to be able to travel comfortably in Turkey, we expect the establishment of signboards in Chinese as well as information points," he said.

Also addressing the meeting, Foreign Economic Relations Board (DEİK) / Turkey-China Business Council Chairman Murat Kolbaşı, said the bilateral trade volume between the two countries had reached $23 billion by the end of 2018. He added: "Some $20 billion of this is imports, $3 billion exports. We have a trade deficit of $17 billion. Turkish companies have to make more exports there to close this gap."